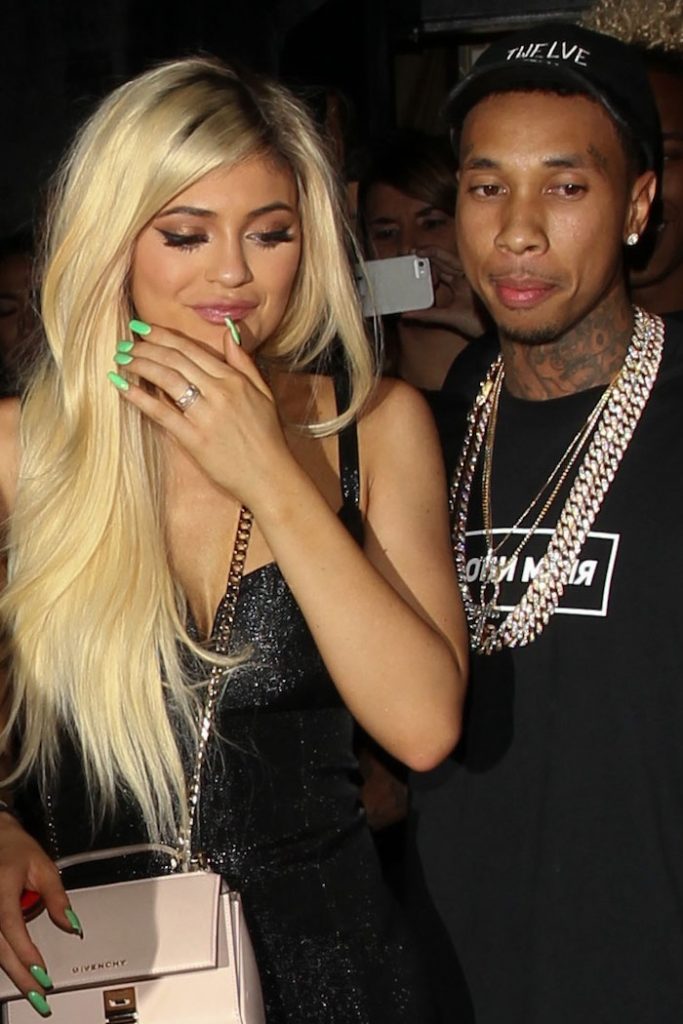 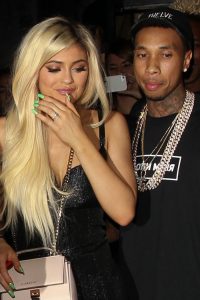 Last year, one tabloid reported Kylie Jenner was looking to make Tyga her second “baby daddy.” Today, we’re taking a look back on the report and if Jenner followed through with this plan.

Following Kylie Jenner’s split from Travis Scott, with whom she shares a two-year-old daughter, Stormi, Heat alleged Jenner wanted to make Tyga the father of her next child.

Before the magazine’s report came out, Jenner was spotted leaving her former boyfriend’s studio late one evening. The tabloid’s insider purported it was “an open secret” Jenner and Tyga, whose real name is Michael Stevenson, we’re messing around with each other.

The source revealed the beauty mogul and rapper were “fooling around in the bedroom and Kylie said she’s not too concerned about protection. If she accidentally got pregnant, she’d probably be happy about it.”

The unnamed insider further disclosed the reason Jenner broke up with Scott was that the reality star wanted to have another baby but the hip-hop artist didn’t. “Travis reasoned that they were in no place to be having another kid. That’s what put Kylie over the edge,” the source claimed. It’s worth mentioning that Gossip Cop corrected a similar account from another tabloid. Last year, NW alleged Jenner was trying to have a “revenge baby” with Tyga to spite Scott.

However, this isn’t a poorly written soap opera. In reality, none of this was remotely true. Heat’s story was also busted by Gossip Cop last year. Our verdict hasn’t changed on the matter, particularly since Jenner didn’t have another baby nor did she even reconcile with Tyga.

Additionally, according to a more reputable source, People, Scott and Jenner aren’t back together but are in a good place in regards to co-parenting. Therefore, the idea Jenner was seeking revenge against Scott or looking to make Tyga her next “baby daddy” is highly inaccurate and also very degrading.

Two years ago, the tabloid claimed Travis dumped Jenner and the reality-star relocated to New York. The story came out before Scott and Jenner’s actual break-up. Jenner never moved to the Big Apple. We dismissed the phony article when it came out. The same magazine asserted Jenner was getting plastic surgery to look like Kim Kardashian.