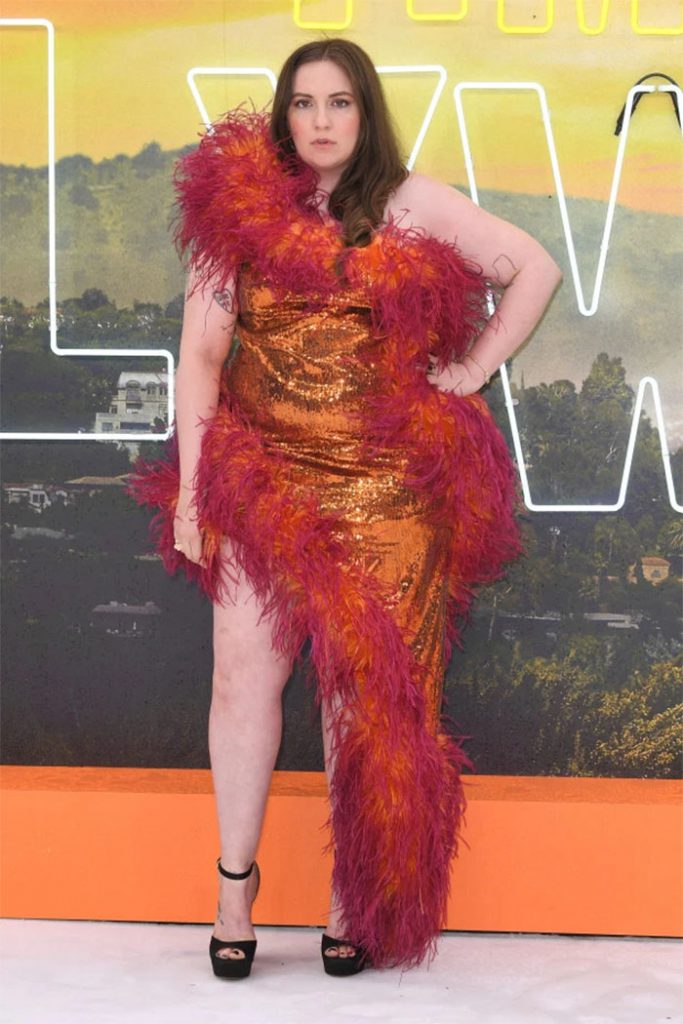 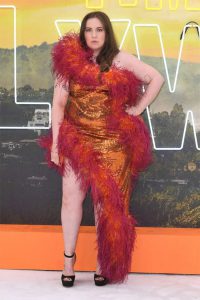 Lena Dunham has had a somewhat tumultuous career, earning a huge amount of praise for Girls and a surprising amount of disdain and vitriol from the internet.

Gossip Cop has had to investigate a few rumors about the writer and actor, and multiple have painted her as the villain in feuds with other successful women. Let’s take a look at this ongoing narrative and whether there’s any truth to it.

The Hackers actress has reached a point in her career where it seems there have been rumors about her feuding with every other star in Hollywood, and Dunham is no exception. Last year, the now-reformed gossip blog HollywoodLife claimed that Jolie was buzzing with annoyance after Dunham was photographed hugging her Once Upon a Time in Hollywood co-star and Jolie’s ex-husband Brad Pitt.

The Maleficent star was “not ready to think about her ex with another woman, even if that woman is just his friend,” and just “doesn’t want to think about Brad dating.” She’d “rather not know what her ex is up to when it comes to his love life.”

We knew this was totally wrong from the get-go, as Jolie’s camp has told us time and time again that no one in her inner circle deals with the site. The weak story was just another in a series of attempts to pit Jolie against other successful women, as the site had previously tried to push a similar narrative about Jolie wanting Margaret Qualley to keep her distance from Pitt. It even made up a bogus article about Jolie hunting down the “truth” of Pitt’s dating life by chasing down women. Those stories make it clear that any sort of Dunham-Jolie feud coming from the blog was fake.

Taylor Swift and Lena Dunham’s internet friendship was famous when it first surfaced years ago, but so much can change between two stars at the drop of a hat. That moment apparently came for Swift and Dunham when Swift was forced to choose between her longtime collaborator Jack Antonoff and Dunham after they messily broke up.

The gossip site Radar Online reported that it was an easy choice for Swift, who “dumped” Dunham. “Taylor could see this coming and there was no question about where her loyalties are,” a source said. “Taylor is just turning her back on her.” Dunham, in turn, revealed her longstanding distaste for Swift and her music.

In reality, there wasn’t even breakup drama. Dunham and Antonoff were friendly on social media and no legitimate outlets reported that it was a bad split. Dunham hadn’t insulted Swift’s music, and she publicly praised her on Twitter just as this rumor appeared. The gossip site merely wanted to stir up drama after the breakup, and instead, all it could do was make up some outrageously false accusations about Dunham and Swift. Although they may have made a great team when it came to Girls, OK! reported on a possible falling-out between the two stars. “It’s not really a secret that they’ve gone on separate paths, but it’s strange the way Allison has distanced herself,” an anonymous source explained.

The source of the conflict was Williams hating “the way Lena can say anything offensive and not think twice about it.” The snitch added, “Allison would recoil in shame if the said half the things Lena spews out on social media. She wishes Lena well, but she’s done with her drama.”

Gossip Cop reached out to our sources close to each respective star, and they independently told us that there was no truth to the rumor. Beyond that, the whole story was just misconstruing an interview with Williams, where she responded to a question about Dunham’s controversial behavior by noting that they have different personalities. However, it seemed like the tabloid missed the part where Williams said, “She’s so sweet and good and I just love her. I’ll always love her.”