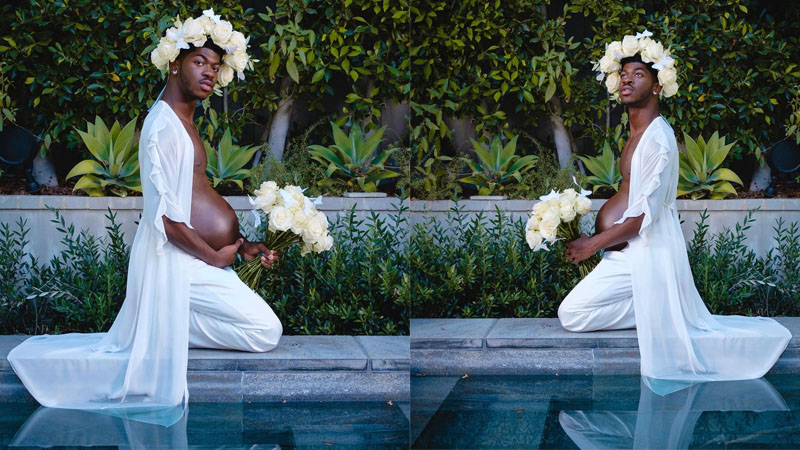 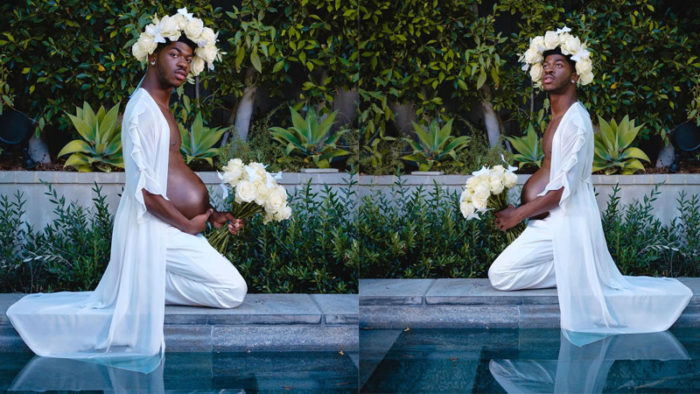 Lil Nas X is pregnant with a 15-track debut studio album. To commemorate the approaching release of his new album, X, the singer teamed up with photographer Adrian Per as per PEOPLE, which included a series of pictures highlighting the metaphorical pregnancy.

After hearing Megan Thee Stallion’s line on his new song “Dolla Sign Slime” for the first time, Lil Nas X came up with the concept for the shoot.

Check out his ‘maternity’ shoot here:

“I was like, ‘Oh my God, this is amazing,’ so I immediately called my stylist,” he says. “She was like, ‘Wow, this all comes together. Your album. Your baby.’ I was like, ‘Yeah, this is my baby, huh?’ As a joke, she was like, ‘Yeah, you should do a pregnancy shoot.'” “I was like, ‘You know what? That’s actually brilliant,'” he continues. “So now we have this entire thing coming out, and it’s going to be amazing,” the singer said as per PEOPLE.

Meanwhile, the pregnancy-themed shoot’s release comes just days after X released a parody of Drake’s pregnant emoji-filled Certified Lover Boy cover art, and Nas expressed astonishment at how it all came together. “I was like, ‘There’s no way the universe is lining up this perfect for this to happen,” he said.

However, Montero, the new album by the singer, was mainly developed in lockdown during the last year. Last week, Lil Nas X stated on Twitter that making this new song was “therapeutic.” Lil Nas X also said he learned through the creation of this album “to have full faith in myself.” “The only person that really has to believe in me is myself,” he says. “It’s been a lot of self-affirmations this year that I probably would not have been able to do two years ago.”

Meanwhile, along with his collaboration with Megan Thee Stallion, Lil Nas X collaborated with Elton John on “One of Me,” Miley Cyrus on “Am I Dreaming,” and Doja Cat on “Scoop” on the album, which also contains his previously released song “Montero (Call Me By Your Name).” Lil Nas X’s forthcoming debut album Montero is set for release on September 17.