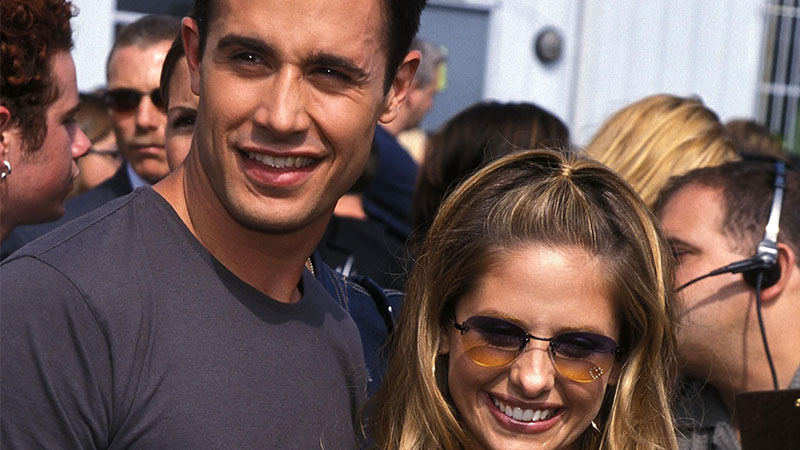 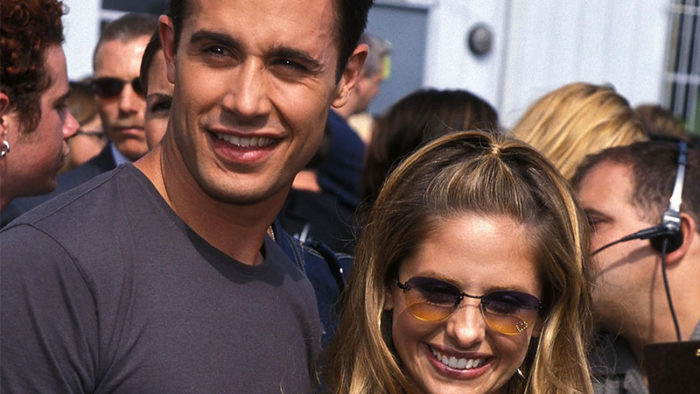 Sarah Michelle Gellar has said that she nearly forgot about her 19th wedding anniversary with husband Freddie Prinze Jr, which was on Wednesday.

She didn’t recall until friends congratulated her on nearly two decades with the She’s All That actor. That’s when the actress took the rare step of posting a black-and-white photo from her 2002 wedding.

The mother-of-two, who rose to fame as Buffy the Vampire Slayer’s lead from 1997 to 2003, went on to say: ‘I honestly thought it was tomorrow.’ Gellar addressed her husband personally, wishing him long life and happiness. ‘Happy anniversary today, tomorrow, and any day after that I think might be our anniversary in the future.’

He responded in the comment section by writing: ‘I’m sticking with tomorrow. I don’t care what they said.’ Meanwhile, Sarah and Freddie married in Mexico just two years after they began dating. Before being romantically engaged in real life, the pair both appeared in the blockbuster horror film I Know What You Did Last Summer in 1997.

Meanwhile, Sarah and her husband had their first child, Charlotte, in 2009, and their second child, Rocky, in 2012. The duo were friends for two years before becoming romantically involved, which Freddie attributes to their long-term success. In an interview with E!, Freddie previously discussed their long-term relationship.

In 2017, they told the press that their early friendship helped their relationship go the distance. ‘We ended up being a perfect balance, you know what I mean? But it didn’t happen until years after, and there was a solid foundation built, and that’s probably the main reason why we’ve always been cool and growing,’ the actor said.