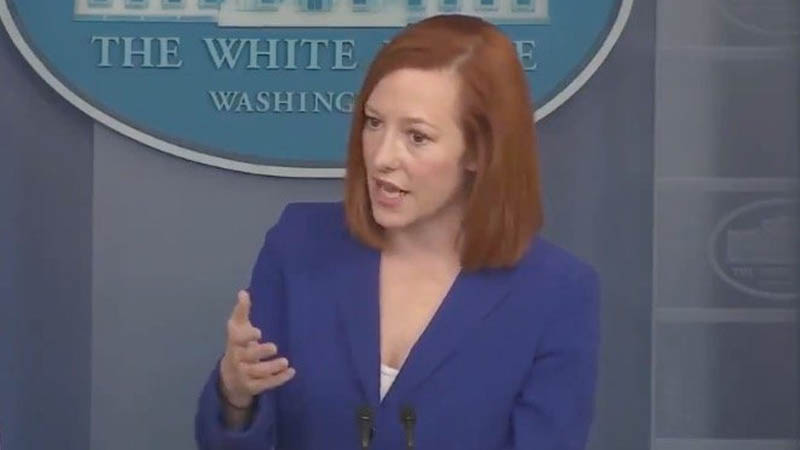 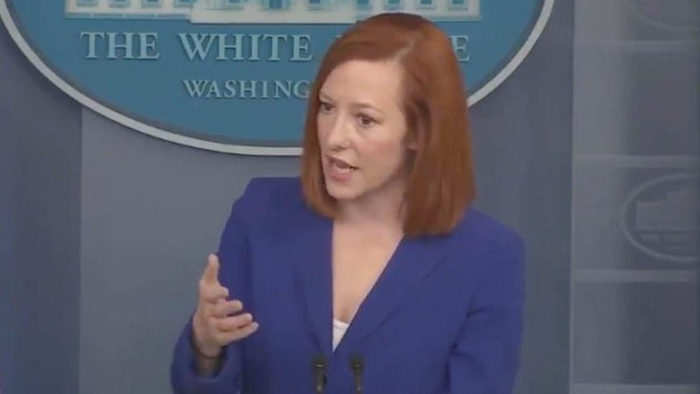 A day after former Minneapolis cop Derek Chauvin was convicted of murder in the death of George Floyd, delivering President Joe Biden’s preferred verdict, the White House commented on the Ohio police shooting of an armed black teen.

Guess which side the Biden administration took?

White House press secretary Jen Psaki on Wednesday invoked “police violence” after an officer in Columbus, Ohio, shot and killed 16-year-old Ma’Khia Bryant, who, according to body camera video of the incident, was lunging at another black girl with a knife when she was shot.

Just before Chauvin was convicted in Minneapolis, Columbus police arrived at a scene Tuesday where teenagers were engaged in a physical altercation, The Columbus Dispatch reported.

A potential stabbing of an unnamed and unarmed black girl was stopped when Officer Nicholas Reardon intervened by using deadly force with his service pistol, according to WBNS-TV. Police quickly released the bodycam video. You can judge for yourself if you believe Reardon was justified in pulling the trigger of his handgun.

Reardon has since been attacked online, with even LeBron James coming after the officer with the weight of his 50 million Twitter followers. The NBA star posted an image of Reardon with the words, “YOU’RE NEXT #ACCOUNTABILITY.” (He later deleted the tweet.)

None of that is a surprise when you consider the power social media has to amplify incidents such as the one in Columbus. In today’s toxic political climate, mobs will always demand someone’s head when they don’t agree with an officer’s difficult, split-second decision.

You would hope, however, that one institution, the White House, would be more measured with regard to commenting on a matter that has the ability to further divide a country fractured along racial and ideological lines.

But the Biden White House immediately jumped to politicize the shooting as something it could connect to perceived institutional racism and police brutality.

“The killing of 16-year-old Ma’Khia Bryant by the Columbus police is tragic,” Psaki said Wednesday. “She was a child. We’re thinking of her friends and family and the communities that are hurting and grieving her loss.”

Ignoring that video appears to show Bryant in the act of attempting to stab another black child when she was shot, Psaki pressed on by attacking police officers.

“We know that police violence disproportionately impacts black and Latino people in communities and that black women and girls, like black men and boys, experience higher rates of police violence,” she claimed. “We also know that there are particular vulnerabilities that children in foster care, like Ma’Khia, face.”

“And her death came … just as America was hopeful of a step forward after the traumatic and exhausting trial of Derek Chauvin and the verdict that was reached.

“So our focus is on working to address systemic racism and implicit bias head on and, of course, to passing laws and legislation that will put much-needed reforms into place at police departments around the country.”

Psaki offered every leftist buzzword and fraudulent hate narrative she could invoke in order to refrain from stating the obvious: A cop with a gun very well could have saved the life of an unarmed black girl.

Psaki left out the part where those attacked with knives are disproportionately impacted by being on the wrong end of the knife.

The White House didn’t mention any of that because it’s an inconvenient fact in an era when narratives are more important than facts. To Democrats and the mainstream media, Bryant might as well have been reading Scripture in a library when she was shot.

Those on the left will push their divisive hate politics at any and every opportunity. At this point, you almost feel as if they’re hoping that a noncompliant minority individual at this very moment will be shot and killed by a cornered white police officer.

The endgame of the Biden administration and its hollow rhetoric, of course, isn’t to protect black and brown children or adults. The goal for this administration and those who support it is to collapse a system they abhor by turning Americans against one another and inciting people to burn down buildings.

“Co-exist” liberalism hid in plain sight for years appearing harmless and even at times compassionate. The only thing radical Democrats wanted for so long was a catalyst, such as a global pandemic, to use as a pretext to knock the country off its axis and seize power.

With the country divided about essentially every issue, even knife fighting, now Democrats simply need us all to surrender our firearms.

Royals ‘crazy’ to talk to Meghan and Harry as it'd be leaked 'in no time', author says