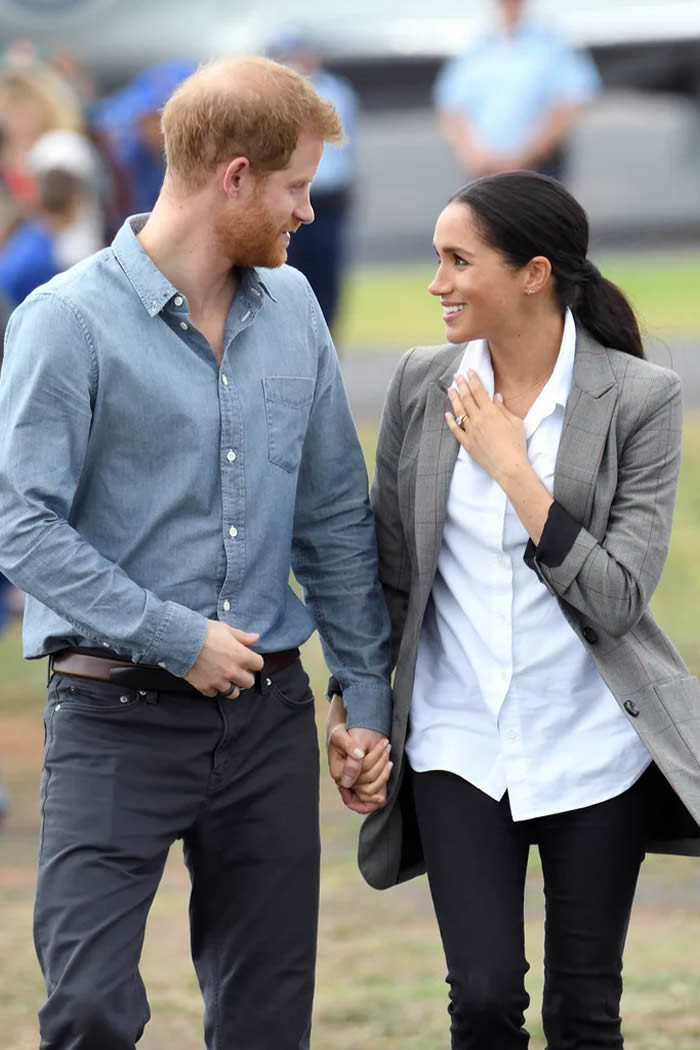 “Wishing a very happy birthday to Prince Harry today!” Kensington Palace shared, along with a photo of Wills, Kate and Harry competing in a running race back in 2017.

But noticeably absent from all of the posts shared was Harry’s wife, Meghan. In fact, all of the images shared were taken before Harry and Meghan’s relationship.

“Interesting photo selection! No Meghan,” a fan pointed out.

Meanwhile, one fan made particular mention of Harry’s cheeky grin when commenting on an image shared by Clarence House. “Harry looking happy here, don’t see him smiling like that anymore.”

Another added: “What a happy chap he was, now he always looks like a sad and angry man.”

Commenting on an image shared by the Queen, a fan wrote: “Haven’t seen that smile since he met Markle.” Harry’s birthday messages come after it was suggested he may not be the biggest royal rebel out there – despite his long-running reputation and what people might think.

According to royal commentator Angela Mollard, Princess Stephanie of Monaco is also a contender for the rebellious title.

“Anyone who is around my vintage will know her well because she used to be in the magazines all the time,” Angela previously said on New Idea’s podcast Royals.

Stephanie was the daughter of Princess Grace Kelly and Prince Ranier III of Monaco and she was in the car when her mother, Grace had a stroke causing her to crash the car and die.

The princess was only a teenager at the time of her mother’s demise, which Angela suggests may have influenced her rebellious streak.

“She went on to run off and join the circus, she had children out of wedlock and had a dragon tattoo on her back,” Angela said.