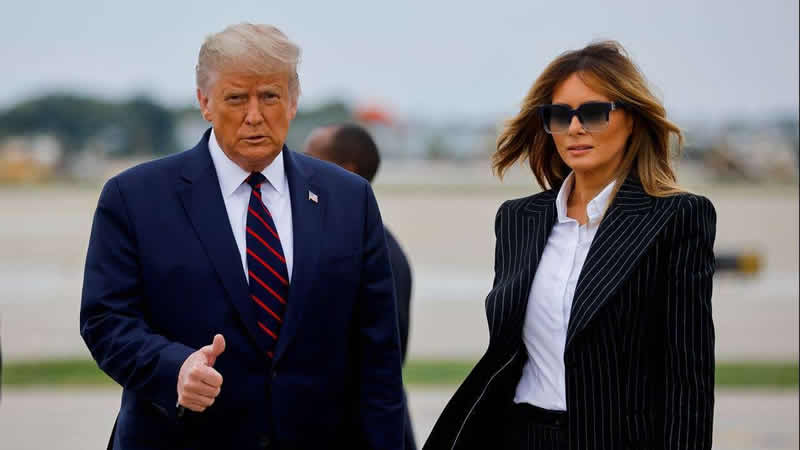 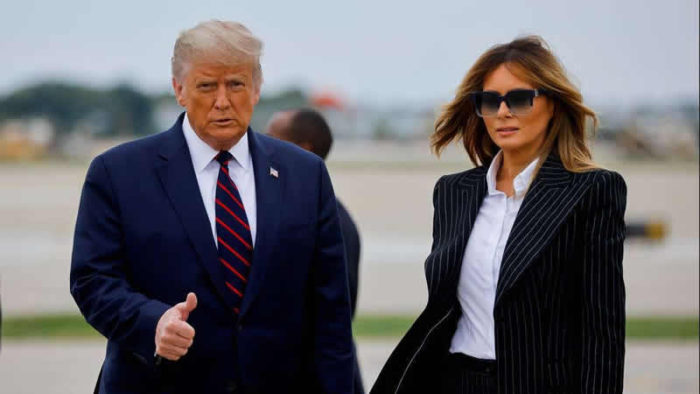 Donald and Melania Trump are rarely, if ever, seen expressing love for each other. We did, however, see Melania swat the former president’s hand away on several occasions. So, I guess one could say that Donald swatted back on Mother’s Day by leaving Mar-a-Lago soon after celebrating the occasion with his wife but and young son, Barron.

We can understand why he was in a rush, though, since he recently launched his own big-boy blog.

“He always comes to the Mother’s Day lunch then leaves, now that the winter season is officially over,” a club source told People magazine. “He is very routine [and] rarely deviates on anything in this area.”

“Mrs. Trump, 51, was not photographed with her husband, 78, — who has been spending much of his time spreading election conspiracies and criticizing enemies — when he boarded a plane later Sunday,” the outlet reports.

“Their son, 15, was also not seen on the flight,” the report continues. “A source says they did not go with the former president and are instead thought to be traveling back and forth to New Jersey.”

“Melania and her family will spend time with Donald but also continue working with Barron’s school and keeping him up to date on his extracurricular activities,” the club source told the outlet.

“She has their relationship down to a science,” the source added. “She does what she wants and also continues as Mrs. Trump, so it’s unlikely to expect much out of the order at this point.”

“A spokeswoman for Mrs. Trump previously told the outlet that Melania “is enjoying life at Mar-a-Lago. She is focused on being a mother and putting her family first while working on various projects that will take time to finalize.”

If Michelle Obama’s So Worried About Her Daughter’s Safety, Why’d She Get Malia an Internship With Harvey Weinstein?