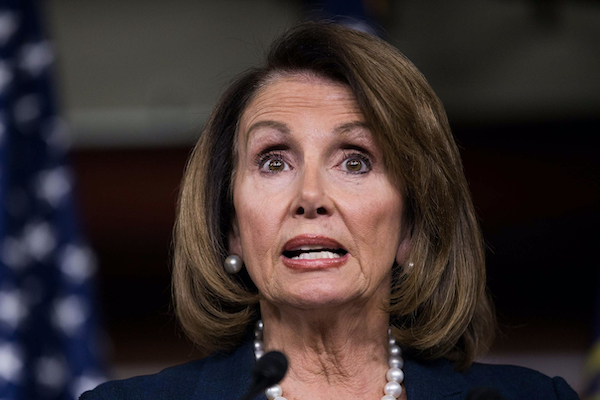 “The verbal assault of our colleague… uuuhh… uhh… AOC. It’s so beyond the pale of anything that is in-keeping of bringing honor to the House or not bringing dishonor to the House… you probably wonder if it’s a matter for the Ethics Committee,” Pelosi stammered:

“You don’t care about the American people,” Greene reportedly roared at AOC Wednesday. “Why do you support terrorists and Antifa?”

The Washington Post reported, “Greene also shouted that Ocasio-Cortez was failing to defend her ‘radical socialist’ beliefs by declining to publicly debate the freshman from Georgia.”

“She’s a chicken, she doesn’t want to debate the Green New Deal,” Greene said to reporters near the House chamber. “These members are cowards. They need to defend their legislation to the people. That’s pathetic.”

Ocasio-Cortez spokeswoman Lauren Hitt recalled the situation in defense of her member:

Lin Wood: There Was No Election It Was A Color Revolution Against Trump, Military Will Restore Power