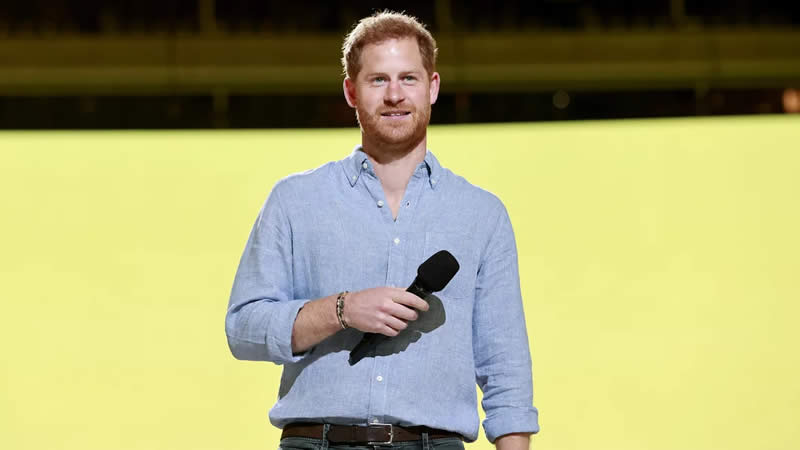 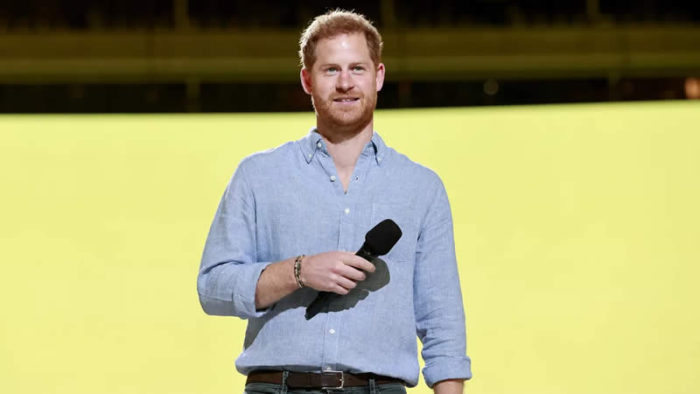 Prince Harry joined a handful of celebrities including President Joe Biden, Chrissy Teigen, and Jennifer Lopez and Ben Affleck this past weekend for the TV taping of Global Citizen’s Vax Live: The Concert to Reunite the World

An event intended to raise vaccine awareness and promote the equitable distribution of COVID-19 vaccines across the world. Harry’s speech for a live audience focusing on the dangerous spread of misinformation and the need for a strong global community has been widely praised already as an example of how the new-and-improved Harry is using his platform for good and building on key issues in his burgeoning advocacy career. But reports of the ecstatic reaction Harry received from the audience of vaccinated frontline workers in particular may give the royal family pause as they consider permanently severing ties with the Duke of Sussex.

While covering the Vax Live taping, Hollywood Reporter writer Chris Gardner shared footage of the event along with this comment on Twitter: “Los Angeles LOVES Prince Harry tonight — he gets electric reception and standing ovation as he steps out on the biggest stage since moving down the road in Montecito.”

Another attendee, Nazir Afzal, weighed in with similar thoughts, writing: “This reaction for Prince Harry in California at #VaxLive is really something[.] Somehow doubt that anyone other than the Queen or his late mother would get similar.”

While Harry recently returned home to attend the funeral of his late grandfather Prince Philip, Duke of Edinburgh, he was reportedly met with hesitation from brother Prince William and father Prince Charles, both of whom allegedly refused to speak to him without witnesses present for fear of being misreported later. Charles has also since been reportedly considering paring down the family’s senior royal set in a way that would make it much harder for Harry to ever return to the fold.

Addressing the cheering crowd this weekend, Harry spoke primarily of his gratitude and the work he sees as yet to be done.

“Tonight is a celebration of each of you here, the vaccinated frontline workers in the audience and the millions of frontline heroes around the world,” he said, per Global Citizen. “You spent the last year battling courageously and selflessly to protect us all. You served and sacrificed, put yourselves in harm’s way, and acted with bravery knowing the costs. We owe you an incredible debt of gratitude.”

“The virus does not respect borders, and access to the vaccine cannot be determined by geography,” he added. “It must be accepted as a basic right for all and that is our starting point.”

We can only imagine how proud his late mother the “people’s princess” Diana would have been to see him step up and speak out on such an important issue at such a crucial time — and like those who spoke out on Twitter, we’re awed (but not surprised) by the excitement Harry conjures up in the public. If the royal family wants to harness its influence for good in time to be relevant beyond this generation (as some experts have speculated it won’t be), they may want to think twice before pushing Harry’s input aside.

Breaking: Bill Gates Tweets Out Shocking Announcement of Divorce from Wife of 27 Years