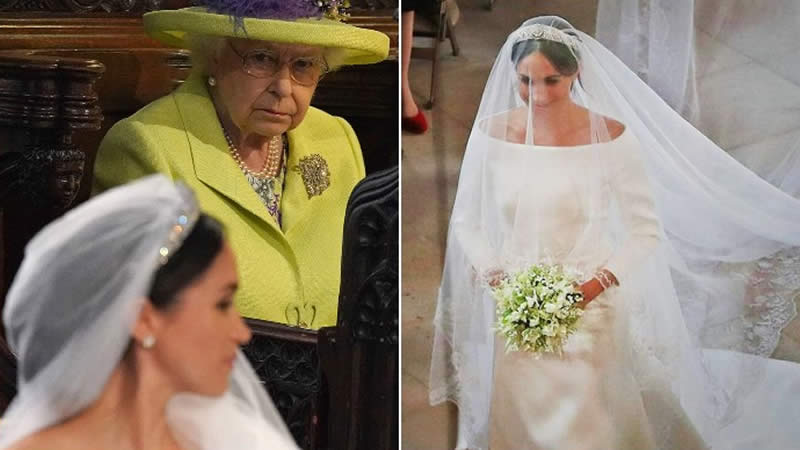 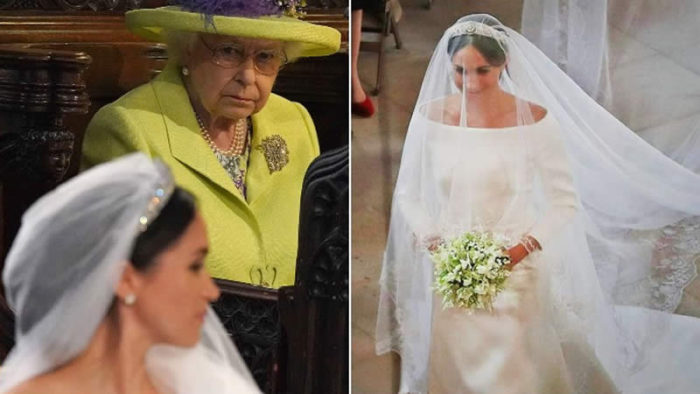 Millions of people from across the world tuned in to watch Prince Harry and Meghan Markle’s spectacular wedding at Windsor Castle on May 19 2018, but while many adored her dress the Queen was surprised that she opted for the color white.

According to the details, Meghan Markle wore a stunning Givenchy wedding dress down the aisle to marry Prince Harry, but the look divided fashion fans and is said to have even ‘surprised’ The Queen.

The dress featured an open bateau neckline and three-quarter length sleeves and the always-stylish, always-classic Duchess of Sussex looked absolutely stunning in it.

“The Queen is said to have expressed surprise that Meghan, a divorcee, wore quite such a white dress for her wedding,” a royal source told the Mail on Sunday. Despite the claims, Meghan, 37, is likely to have given Her Majesty a sneak-peek of the dress a few days before the wedding for approval.

A source from one of the fashion teams that visited Kensington Palace also told the publication at the time: “Meghan is being told she needs to start dressing less like a Hollywood star and more like a Royal.”

“It was my something blue, its fabric from the dress I wore on our first date,” the Duchess revealed in 2018. “I knew that it would be a fun surprise for my now husband and he was really over the moon to find out that I would make this choice for our day together,” Meghan revealed.

Despite Meghan being divorced, the pair were allowed to marry in a church. In fact, Prince Harry became the first member of the royal family to marry a divorcee in church. Meghan was also referred to as “Ms.” on the wedding invitations instead of “Miss”.

It is to be remembered that Prince Harry and Meghan Markle made particular headlines as they sat down for in an in-depth interview with Oprah Winfrey, a rare move for the notoriously private couple.