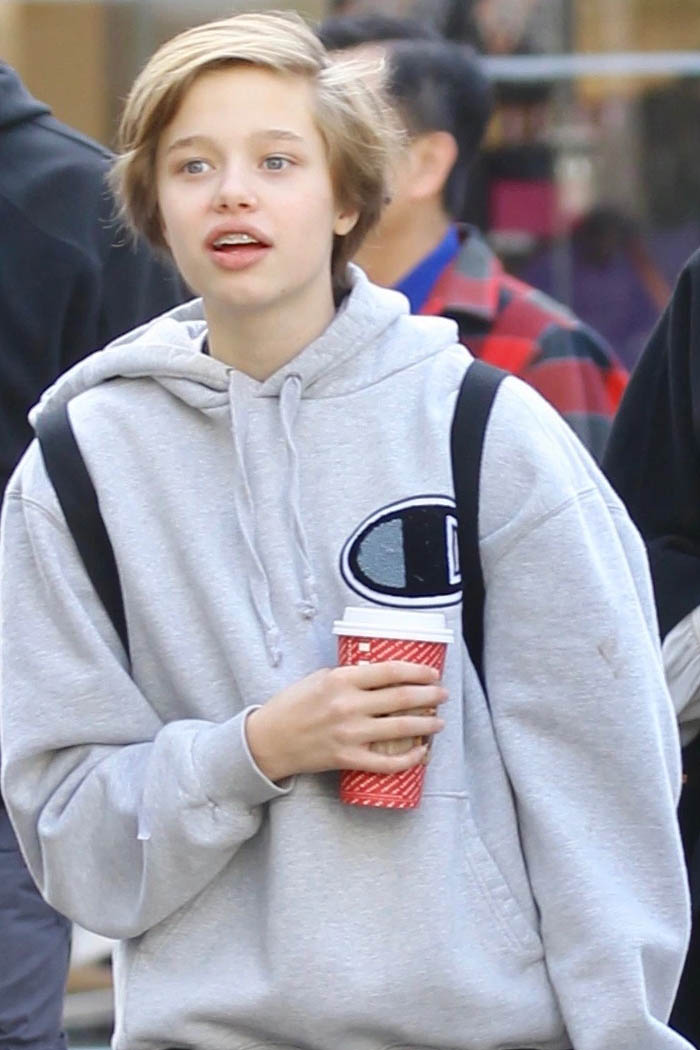 Last year, a tabloid reported Shiloh Jolie-Pitt was miserable living with her mother, Angelina Jolie, and was begging Brad Pitt to “save her.” Here’s what we learned about what transpired.

In 2019, the National Enquirer ran the headline, “Sad Shiloh Plots Escape From Angie!” insinuating, the teenager was miserable living with Angelina Jolie. The magazine claimed Jolie-Pitt was desperate to get away and hoped Brad Pitt would take her in.

An insider stated the “nasty” divorce between Jolie and Pitt “impacted Shiloh the most.” “She always had a special connection with Brad that she and Angie could never hope to have – and she’s been begging to live with her dad,” the source continued.

The unnamed informant added Jolie was so busy at the time dealing with divorce lawyers and promoting the second Maleficent film that she could “barely offer one-on-one comfort to any of her kids – least of all Brad’s favorite!”

The tabloid’s insider continued “people” were whispering that Shiloh was constantly on her phone sending emails and texts to her father asking him to “take her away.” The paper also asserted the young teen was plotting to “run away” to Pitt’s home to escape her mom. Shiloh Jolie-Pitt wasn’t looking to escape from her mother, nor do the two have a bad relationship. Two months ago, Angelina Jolie revealed to Entertainment Tonight that Shiloh inspired her role in the film, The One and Only Ivan.

The same can be said for the teenager’s relationship with Brad Pitt, as it was reported by the same outlet in May that the actor is close to his daughter.

In short, Shiloh has a great relationship with both of her parents, despite the former pair’s current divorce and custody battle. As for the Enquirer, we’ve busted the paper on several occasions for being incorrect about Pitt and Jolie. But, We dismissed the phony report.

Months ago, we clarified a report from the outlet that asserted Jolie believed men considered her to be “poison” following her split from Pitt. We reached out to an individual in the actress’ camp who assured us there was no truth to the tale.

Queen's heartbreak after being dealt ANOTHER cruel blow!

Prince Harry decided to apologize to his family

Prince William’s hilarious and endearing childhood nickname for the Queen