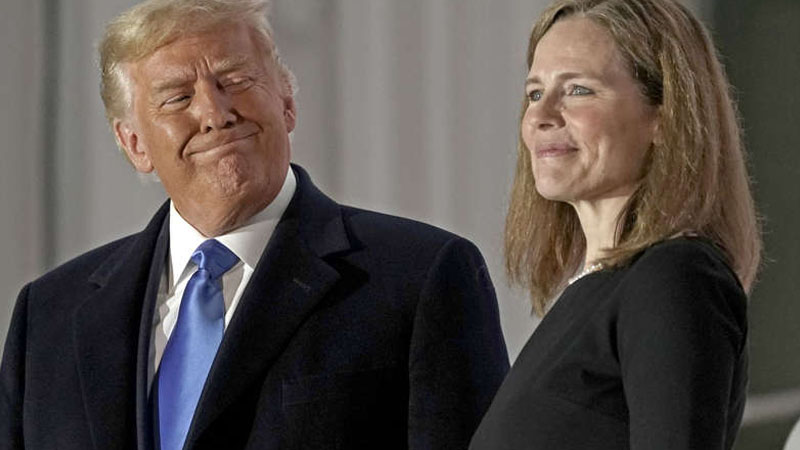 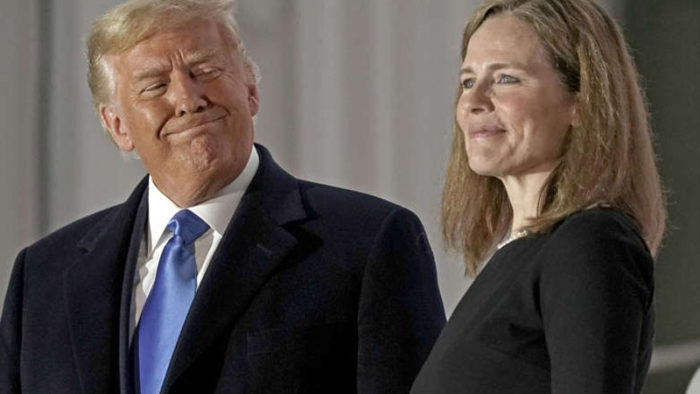 For 30 years, the Supreme Court applied a simple rule when someone with a religious objection to a state law sought an exemption from that law. So long as the law applied equally to everyone, regardless of whether someone is religious or not, then everyone had to comply with the law.

Ever since Justice Amy Coney Barrett joined the Court last fall, however, the Supreme Court has been rapidly dismantling Smith. On Friday night, the Court fired a bullet into Smith’s heart. It ruled that people of faith who want to gather in relatively large groups in someone’s home must be allowed to do so, despite the fact that California limits all in-home gatherings to just three households.

Although the Court’s new 5-4 decision in Tandon v. Newsom doesn’t explicitly overrule Smith, the decision makes it so easy for many religious objectors to refuse to comply with the law that Smith is basically a dead letter.

The Court’s new majority has accomplished what amounts to a revolution in its approach to religion and the law, entirely through cases brought by churches and other religious actors seeking exemptions from public health rules intended to slow the spread of Covid-19.

The Court is serious about giving religious conservatives broad immunity from the law — so serious, in fact, that it is literally willing to endanger people’s lives in order to achieve this goal.

What happened in Tandon v. Newsom?

Tandon is the latest in a series of decisions brought by houses of worship — or, in this case, specific worshipers — who wish to defy public health rules limiting the number of people who can gather for religious activity.

California limits gatherings in people’s homes to members of just three households. This is a blanket rule, applying to people who gather in a home for any reason, regardless of whether they do so to pray, to quilt blankets that they plan to sell on Etsy, or just to socialize with friends. So, under Smith, this rule would be lawful because it treats religious and secular actors exactly the same.

Nevertheless, a majority of the Court concluded that people who wish to gather in someone’s home for religious activity must be exempted from California’s public health rule. And, although the Tandon opinion does not explicitly repudiate Smith, it defines what qualifies as a “neutral law of general applicability” so narrowly that the term is basically meaningless.

“Government regulations are not neutral and generally applicable,” the five most conservative justices write in an unsigned opinion “whenever they treat any comparable secular activity more favorably than religious exercise.” But the Court also defines what qualifies as “comparable secular activity” very broadly. (Although no justice signed their name to the majority opinion, Chief Justice John Roberts and Justices Stephen Breyer, Sonia Sotomayor, and Elena Kagan dissented. So we know that the remaining five justices formed the majority.)

As Justice Kagan explains in her dissent, there are three very good reasons why a state might treat these secular activities differently than a gathering in people’s homes. First of all, “when people gather in social settings, their interactions are likely to be longer than they would be in a commercial setting,” and the people at social gatherings are “more likely to be involved in prolonged conversations.”

Additionally, “private houses are typically smaller and less ventilated than commercial establishments,” and “social distancing and mask-wearing are less likely in private settings and enforcement is more difficult.”

But, ultimately, none of these distinctions mattered to the Court’s majority. The practical impact of Tandon is that, so long as many religious objectors can cite any secular activity that is treated differently than a religious activity — no matter how distinct those two activities may be — this Supreme Court is very likely to grant the objector an exemption.

Tandon is not an especially surprising decision — the Court reached a similar conclusion last November in Roman Catholic Diocese of Brooklyn v. Cuomo, a decision that I described at the time as a “revolutionary victory” for religious conservatives.

The Tandon decision, in other words, is a signal that even conservative lower court judges need to be more protective of religious objectors — even when those objectors seek legal exemptions that could help spread a deadly disease.

In theory, the decision in Tandon should apply to all religious objectors, regardless of which faith motivates such objections. In practice, however, the Supreme Court has not always been protective of people of faith who are unpopular in the Republican Party.

In Dunn v. Ray (2019), for example, the Court rejected a request from a Muslim inmate on Alabama’s death row to have an imam comfort him during his final moments. At the time, Alabama permitted Christians to have a pastor present during their execution, but not Muslims. So Dunn involved a straightforward case of religious discrimination.

In fairness, the Court recently backed away from its decision in Dunn, after the decision triggered a widespread backlash even from many conservative commentators (the National Review’s David French labeled it a “grave violation of the First Amendment”). But, at the very least, Dunn shows that this Court is instinctively less protective of Muslims’ religious liberty than it is of Christians.

The clearest example of this kind of religious preference is Trump v. Hawaii (2018), which upheld a Trump-era policy prohibiting nationals from several majority Muslim nations from entering the United States. The Court did so despite the fact that Trump and his inner circle repeatedly bragged about their plans to target Muslims, in violation of the Constitution’s ban on policies “prohibiting the free exercise” of religion.

In fairness, the Court based its decision in Hawaii largely on concerns that courts should be reluctant to interfere with a president’s decisions relating to national security. But it’s hard to imagine how the risk of allowing an immigrant from Yemen to enter the United States poses more of a danger to Americans than Covid-19 — and, indeed, before Justice Barrett joined the Court, a majority of the justices tended to defer to public health officials for much the same reason they defer to elected officials on matters relating to national security.

As Chief Justice John Roberts wrote in South Bay United Pentecostal Church v. Newsom (2020), a case decided before Barrett joined the Court, public health decisions typically “should not be subject to second-guessing by an ‘unelected federal judiciary,’ which lacks the background, competence, and expertise to assess public health and is not accountable to the people.”

As the Court’s about-face in the Dunn case suggests, there is some nuance to the Court’s approach to Muslim civil rights. The Court does sometimes rule in favor of Islamic plaintiffs in religious liberty cases. In Holt v. Hobbs (2015), for example, a unanimous Supreme Court agreed that Muslim prison inmates should be allowed to grow a half-inch beard if their faith requires them to do so.

But decisions like Dunn and Hawaii also suggest that the Court is more reluctant to grant relief to Muslims than they are to grant such relief to Christians. It remains to be seen, in other words, whether the hyper-protective rule laid out in Tandon will apply equally to all people of faith — or whether certain favored religions will receive special treatment.

Donald Trump Bashes 2020 Presidential Election As ‘Crime Of The Century’