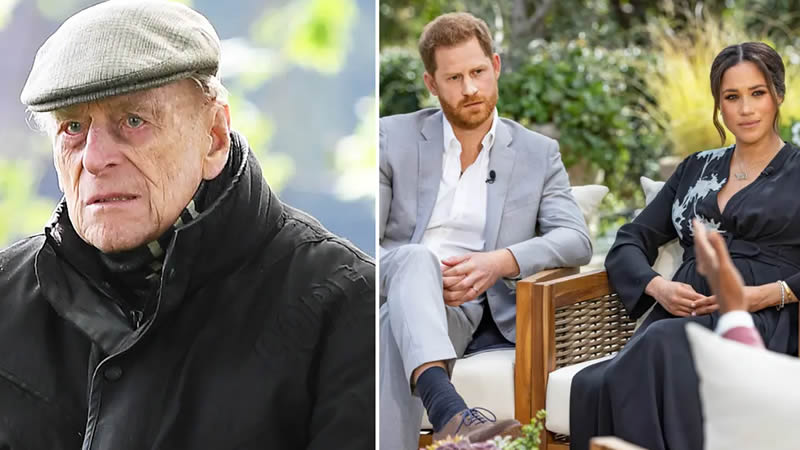 Prince Philip thought Prince Harry and Meghan Markle’s interview with Oprah Winfrey was “madness” and said “no good would come from it”.

The Duke of Edinburgh – who passed away at Windsor Castle on April 9, at the age of 99 – couldn’t understand what his grandson and his wife, the Duchess of Sussex, were hoping to achieve when they sat down with the TV icon.

“I know from someone close to him that he thought Meghan and Harry’s interview with Oprah Winfrey was ‘madness’ and ‘no good would come of it,’ said Prince Philip’s biographer, Gyles Brandreth.

“I was not surprised because that is exactly how he described to me the personal TV interviews given by Prince Charles and Diana, Princess of Wales, back in the 1990s,” he added.

Brandreth, who knew the Duke of Edinburgh for 40 years and considered him a friend, told the Daily Mail that the “only truly personal interview” Philip gave was to him.

However, according to the writer, Prince Philip still admired his grandson, describing him to the biographer as “a good man”.

Prince Harry has reportedly arrived to the United Kingdom (UK) to attend the funeral service that will take place on 17 April in Windsor, meeting his family for the first time since a controversial departure to North America last year.