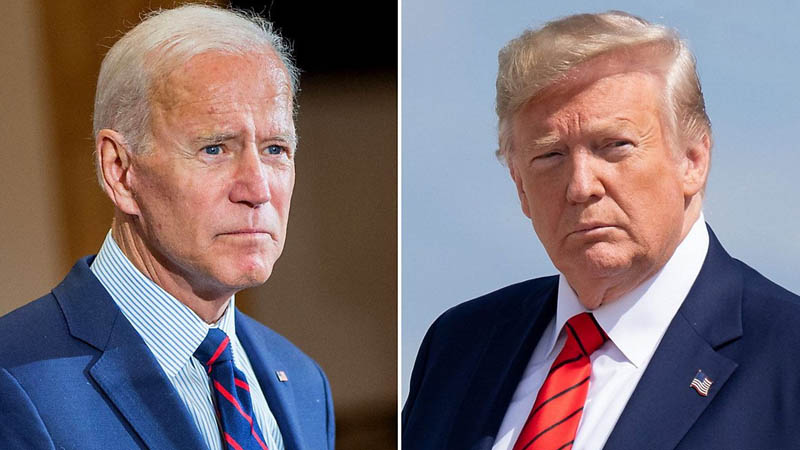 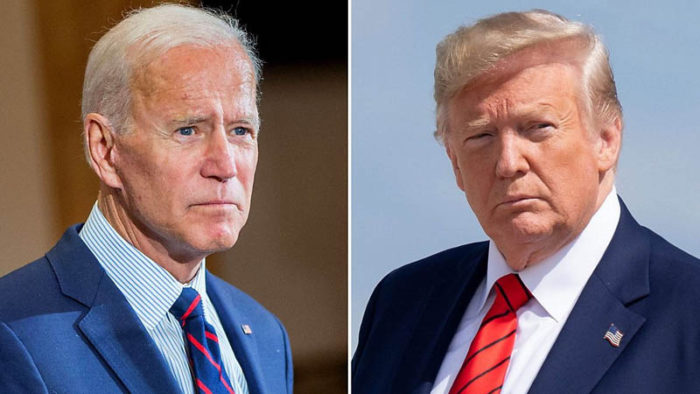 Donald Trump took Biden to the woodshed for his disastrous bungling of the border crisis in a statement released on Sunday night.

The former president attacked Biden for “causing death and human tragedy” by reversing the Trump era policies that had largely solved the most egregious problems along the U.S.’s border with Mexico.

“We proudly handed the Biden administration the most secure border in history,” Trump’s statement said. “All they had to do was keep this smooth-running system on autopilot.”

“Instead, in the span of a just few weeks, the Biden Administration has turned a national triumph into a national disaster,” Trump added.

“They are in way over their heads and taking on water fast,” the statement went on. “The pathetic, clueless performance of [DHS] Secretary Mayorkas on the Sunday Shows today was a national disgrace. His self-satisfied presentation — in the middle of a massive crisis he helped engineer — is yet more proof he is incapable of leading DHS. Even someone of Mayorkas’ limited abilities should undersand that if you provide Catch-and-Release to the world’s illegal aliens then the whole world will come.”

The 45th president of course is referring to the appearance of DHS Sec. Mayorkas on a number of shows, including Fox News Sunday with Chris Wallace.

Fox News’ Chris Wallace challenges DHS Sec. Mayorkas over Biden’s media blackout on the border crisis despite his ‘transparency’ pledge: “Why did you refuse to allow reporters to see the conditions?” pic.twitter.com/0TGxcShCLS

“So why has the Biden administration refused to allow reporters to see for themselves and to record what the conditions are under which these minors are being housed?” Wallace asked. “Why in fact did you, when you went to the border on Friday and led a congressional delegation, why did you refuse to allow reporters to see the conditions under which these minors are being held?”

Mayorkas gave no straight answers, referring instead to stale bureaucratic talking points, such as “we’re working on providing access.” America has freedom of the press. You don’t work on providing access to citizens to see how their own government runs. It is a presumed right.

DHS Secretary Mayorkas assuring Chris Wallace on Fox News Sunday that all is well at the SW border: “We are operationalizing our processes.” What a relief.

Fox News’ Sr. Political Analyst was not impressed with Mayorkas’ answers either.

“DHS Secretary Mayorkas assuring Chris Wallace on Fox News Sunday that all is well at the SW border: ‘We are operationalizing our processes.’ What a relief,” Hume commented.

While plenty of viewers admitted to not liking Wallace, they had to confess that Mayorkas got grilled. “I do NOT like Chris Wallace at all, but he’s asking tough questions to Mayorkas, who is NOT telling the truth. 58.8% illegals were allowed into our country in February & released! FACT! It’s getting a little heated!” one viewer noted.

Trump continued to slam Mayorkas in his new statement and called for an investigation into his department’s “gag order.”

“Futhermore, the Mayorkas Gag Order on our nation’s heroic border agents and ICE officers should be the subject of an immediate congressional investigation,” Trump said. “But it’s clear they are engaged in a huge cover-up to hide just how bad things truly are.”

“The only way to end the Biden Border Crisis is for them to admit their total failure and adopt the profoundly effective, proven Trump policies,” the 45th president concluded.

It was reported on Wednesday that the Biden administration is cracking down on press access to cover the federal government’s response to the border crisis.

“The Biden administration is restricting the information Border Patrol agents and sector chiefs can share with the media as a surge of migrants tests the agency’s capacity at the southern border, according to four current and two former Customs and Border Protection officials,” NBC News reported.

“The officials say the restrictions are seen as an unofficial ‘gag order’ and are often referred to that way among colleagues. The officials requested anonymity because they are not authorized to speak to the media about the topic,” the report continued.

“Border Patrol officials have been told to deny all media requests for ‘ride-alongs’ with agents along the southern land border; local press officers are instructed to send all information queries, even from local media, to the press office in Washington for approval; and those responsible for cultivating data about the number of migrants in custody have been reminded not to share the information with anyone to prevent leaks,” the officials told NBC News.

However, first-hand looks at the border crisis are getting out. Chief Border Patrol Agent Brian Hastings tweeted pictures of migrants being processed by border patrol agents.

The images really give us a better sense of what is happening, which explains why the Biden administration is trying to hide such photos from the American public.

Disastrous Biden policies, such as paying $86 million for hotels for illegal alien shelter is another policy that has many taxpayers furious. Now wonder many illegal aliens are admitting when interviewed that ‘Biden brought me here.’