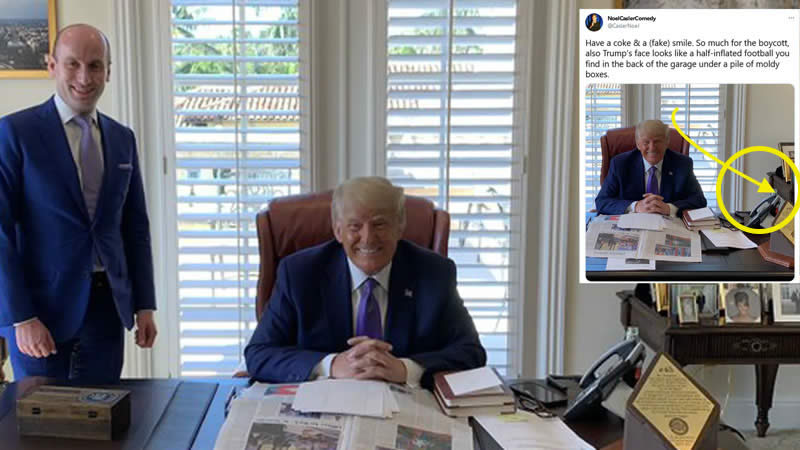 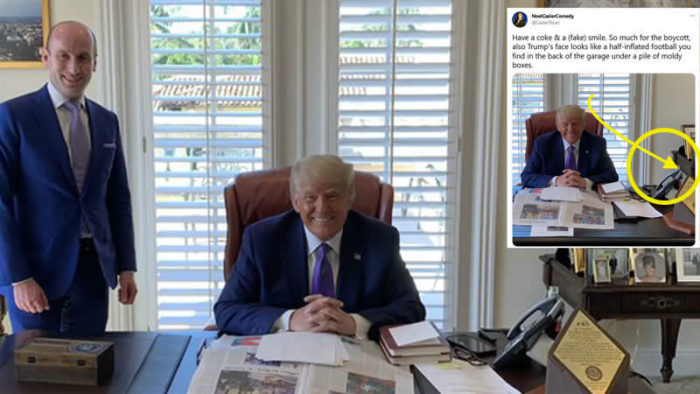 In a photo posted to Instagram, Trump was seen enjoying lunch at Trump National Golf Club Jupiter, in Florida with a Diet Coke in the shot, on April 9, 2021. This is the second time he’s been pictured by the soda.

The first instance happened on April 5, when Trump’s senior advisor Stephen Miller posted a photo of his “terrific meeting” with the former president. A bottle of what appeared to be Diet Coke could be seen hiding (not very well) behind a phone on the desk Trump was sitting at.

“Trump sending out a demand for his followers to boycott Coke then getting caught trying to hide a bottle in a picture with his favorite vampire is so on brand it’s like an ‘Inception’ level of layers of Trump brand,” Project Lincoln founder Fred Wellman tweeted in response to the Diet Coke-hypocrisy.

Trump released a statement only days prior urging conservatives to boycott Coca-Cola and other major companies — including Delta Airlines, Major League Baseball (MLB), UPS and ViacomCBS — whose leaders had spoken out against Georgia’s restrictive voting law.
“It is finally time for Republicans and Conservatives to fight back—we have more people than they do—by far!” said the statement, which was distributed by Trump’s former legal advisor Jenna Ellis on Twitter. “Don’t go back to their products until they relent. We can play the game better than them.”

Meghan Markle Demonstrates Just How Hypocritical a BLM Supporter Can Be