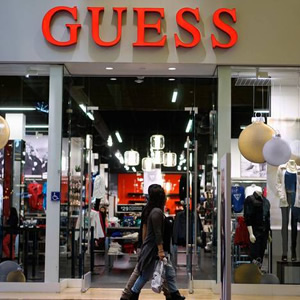 Victor Herrero is the new CEO of Guess. As announced by the clothing company on Tuesday, July 14, 2015

by DC Content Team
0
Guess Inc. has named Victor Herrero, former head of Asia Pacific for Inditex and Zara Greater China, as chief executive officer, effective Aug. 1.
The appointment marks the first time that a nonfounder of the company has held the post. Paul Marciano, who has been ceo for the past eight years, will become executive chairman and chief creative officer.

“He’s becoming me, basically,” said Marciano. “Being a public company, you have to spend a substantial amount of time on things related to finance and analysts and Wall Street. Now, I will not be doing that at all. I love the creative, and I’ll be able to focus on image, advertising, marketing and product,” he said.

Marciano said that he and brother Maurice, who serves as non-executive chairman (he retired from the company two years ago and is currently recuperating from a car accident), decided to appoint a ceo “because we felt strongly that it was the right moment.” The company had been searching for a chief executive since February of last year. “When we came across Victor we just fell in love with him and his understanding of the global markets and retail experience. We completely believe he’s the right person to succeed in my position,” said Marciano.

At Inditex, Herrero, 45, was responsible for supply chain and global sourcing, and built the Spanish company’s retail network in China. “He’s amazing at multitasking and covering all angles of the new world we are in today,” said Marciano, who was also seeking an executive who understood the brand’s heritage and value.

“That was a key point for me because as you know Guess is not the biggest company and it’s not the smallest company, but we are very attached to the brand integrity. We see that as an essential element to continue to grow and survive change in the retail world,” he added, citing the effect e-commerce has had on in-store traffic among the many things requiring nimble adaptation.

Guess is currently in 90 countries with 25 categories and its retail sales total just over $5 billion annually.

Said Herrero, “In fashion companies it’s most important to find a yin and yang and this is what I’ve found with Paul. What is appealing to me about Guess is that it’s a global company, very open, dynamic and Americana. Everyone knows and loves the brand. It’s a lifestyle concept, similar to Inditex.”

Herrero said he plans to focus on the domestic business as well as opportunities for expansion into South America, Latin America, Northern Europe, China, Russia and Southeast Asia.