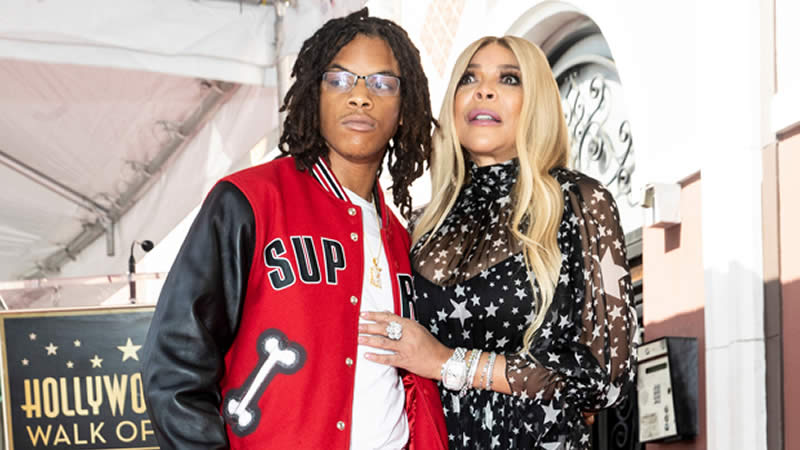 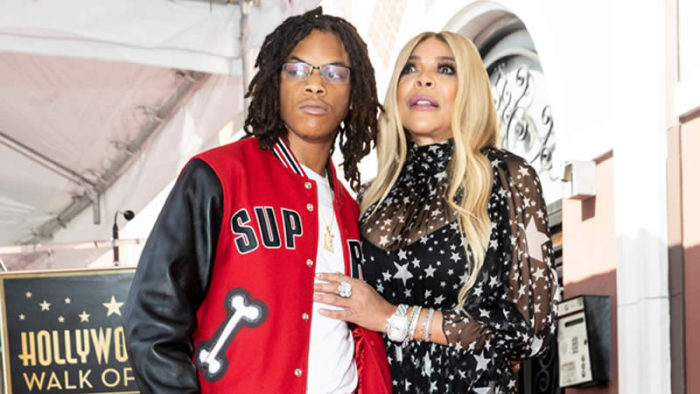 Kevin Hunter Jr, 20, has a strong bond with his mom Wendy Williams! Here’s more to know about the talk show host’s only son.

Fans of Wendy Williams, 56, shouldn’t be surprised to learn that the daytime talk show host is incredibly close with her son Kevin Hunter Jr., 20. Wendy hasn’t been shy about sharing what a strong connection she has with her only child on social media.

Wendy’s son has stood by the talk show host many times in recent years, showing that he’s growing into a caring and supportive young man, especially through some of the harder times that Wendy has gone through in her long career. Want to learn more about Wendy Williams’ son Kevin? Here’s more about Kevin Hunter Jr. below.

Who Is Kevin Hunter Jr.?
Kevin Hunter Jr. is the only child of Wendy Williams and her ex-husband Kevin Hunter. He was born on August 8, 2000. Kevin Sr. was Wendy’s second husband. The pair were married for nearly 20 years from November 1999 until Wendy filed for divorce in April 2019.

Their divorce was finalized in January 2020. The split came after years of infidelity on Kevin Sr.’s part. In a Jan. 2021 interview, Wendy revealed that she knew that her ex had been having an affair for the last 13 years of their marriage. She also previously confirmed that her ex-husband had a daughter with another woman while they were still together.

Then, on Valentine’s Day 2021, Kevin Sr. revealed that he was full-on dating massage therapist, Sharina Hudson — the same woman who’s child he fathered in 2019 — and Wendy’s fans slammed the couple on social media.

Despite difficult time’s with his father, Wendy’s love for Kevin Jr. is especially touching when you learn that the talk show host suffered several miscarriages, including two late-term miscarriages, prior to having the 20-year-old.

“I fought tooth and nail to be a mother” Wendy told Essence in 2015. She detailed how difficult suffering a miscarriage at five months is for a parent because so much is already planned for a baby at that point.

“The clothes [are] already picked out, the nursery is already painted,” she explained. Despite saying she would’ve loved more children, Wendy said she’s thankful for Kevin, calling him a “hard-won child.”

Like his mother, Kevin has had some of his own struggles with addiction. In September 2018, Wendy revealed that Kevin became addicted to K2, a form of synthetic marijuana. Wendy told ET that she was “horrified” and “didn’t even know” who her son was while he was using the drug. “Now this is a drug, we see it on the news, people are walking around like zombies,” she said.

In 2014, a year before finding out that Kevin was using K2, Wendy and Kevin had started The Hunter Foundation, a non-profit that tries to further drug education and provide resources about prevention and rehab programs.

It seems that Kevin spends time with both parents, but it appears that most of the year he lives in Miami, where he goes to college. Wendy has regularly posted about visiting him down in Florida when she can. After she filed for divorce from his father in 2019, Wendy also shared a Thanksgiving photo with her family, including Kevin Jr.

What Is Kevin Hunter Jr.’s Relationship With His Parents?
Kevin is clearly extremely close with his mom. Kevin went with Wendy when she was awarded a star on the Hollywood Walk of Fame. Wendy posted a picture to her Instagram of her giving her son a big kiss on the cheek at the ceremony, calling him her “son shine” in the caption.

Probably very excited about getting her own star on the Walk of Fame, Wendy wore a black dress with a sheer overlay, covered with stars. Kevin wore ripped jeans and a cool red and black varsity jacket plus a gold chain with a simple design.

While celebrating his 20th birthday in August 2020, Wendy also revealed that she holds onto all sorts of items from Kevin’s childhood. In an Instagram post, she shared that she still has locks of hair, shoes, and baby teeth.