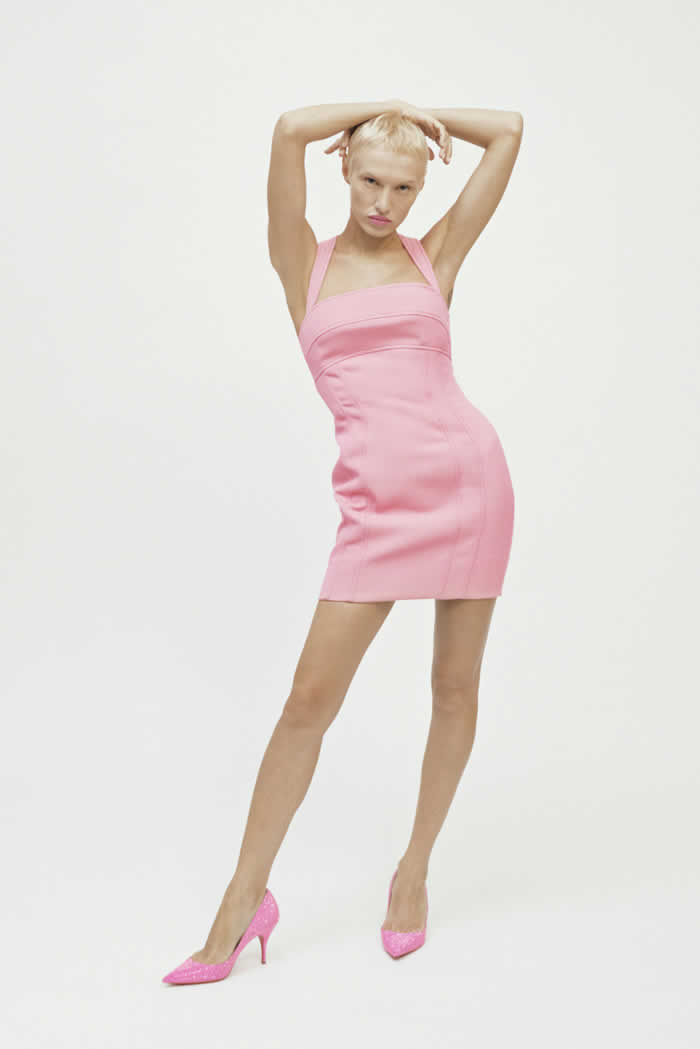 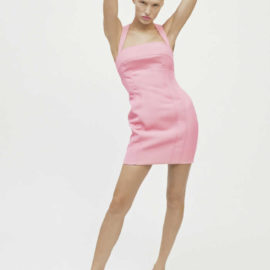 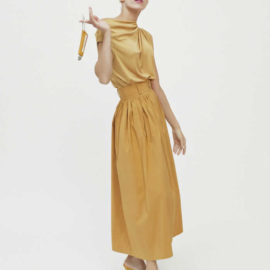 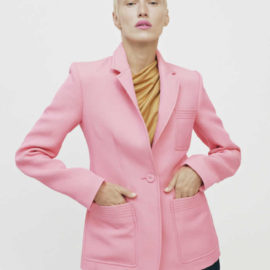 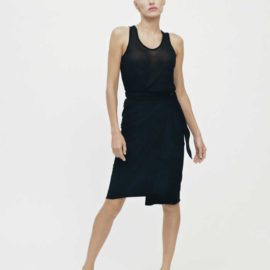 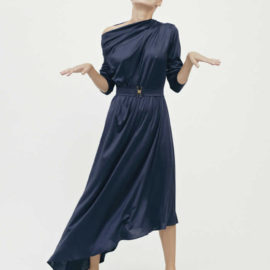 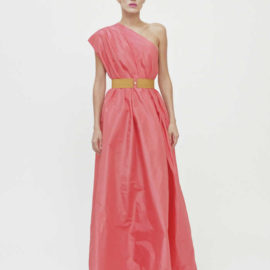 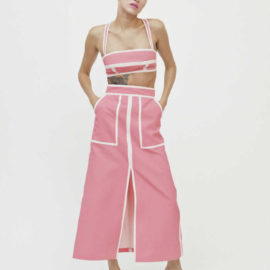 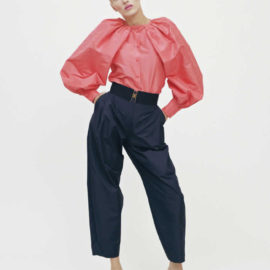 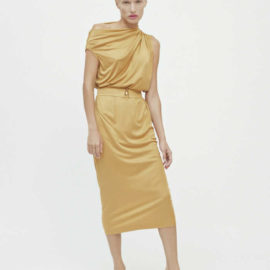 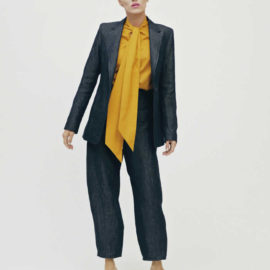 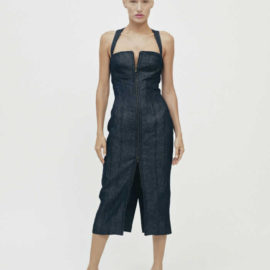 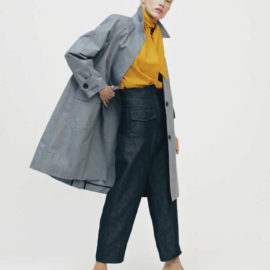 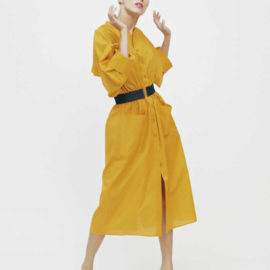 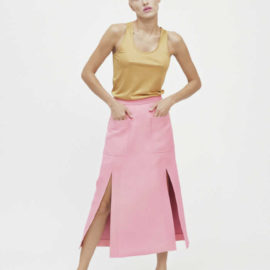 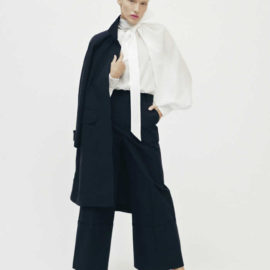 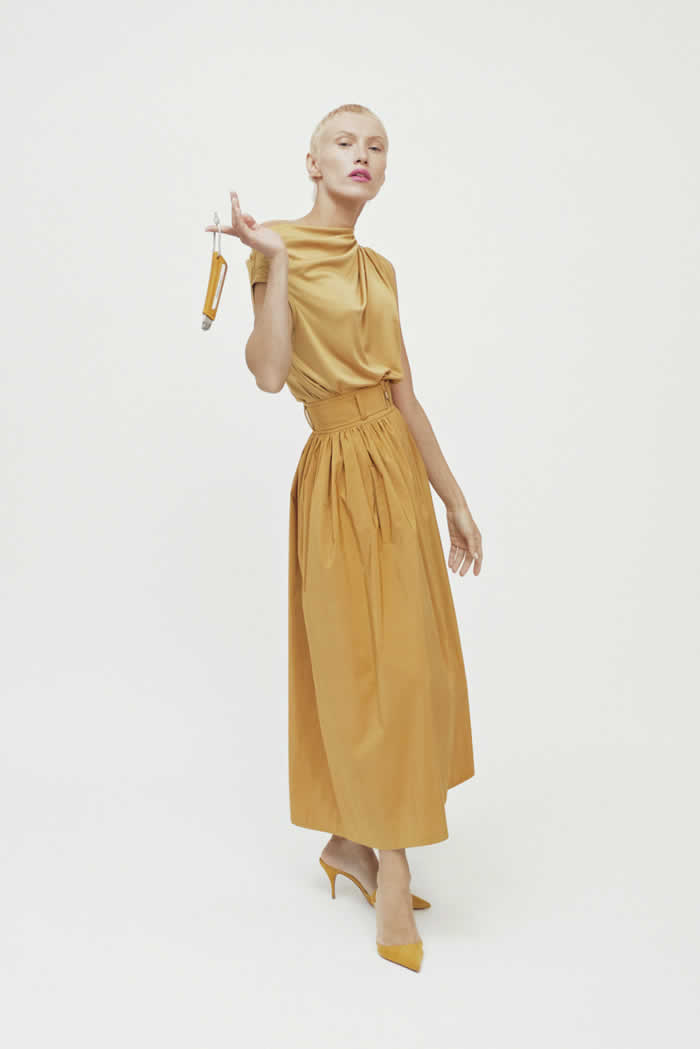 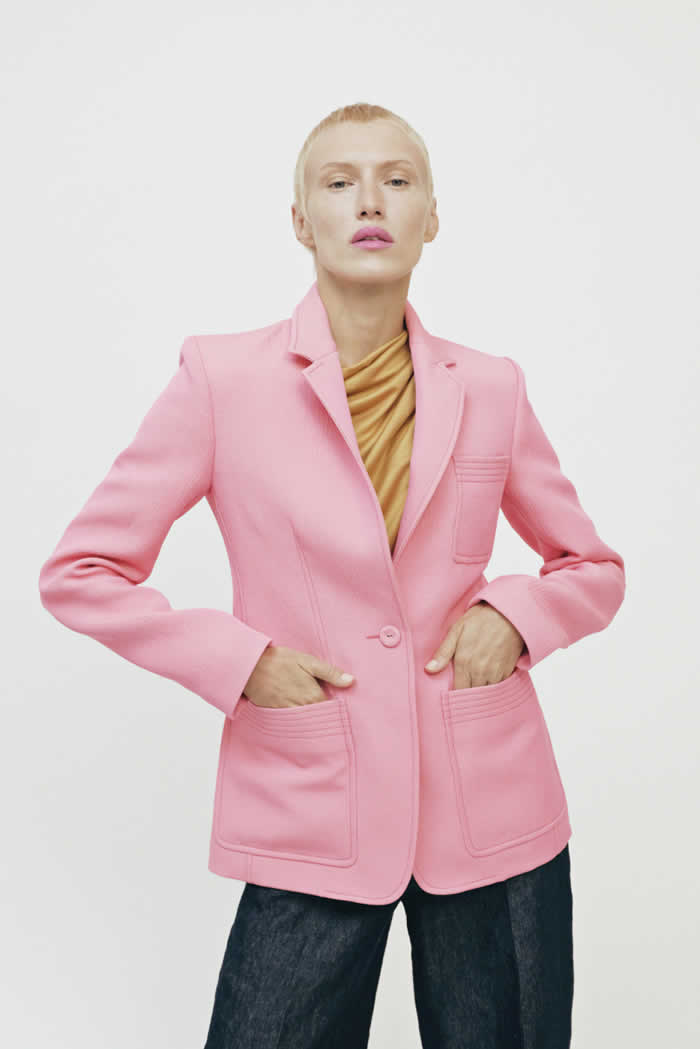 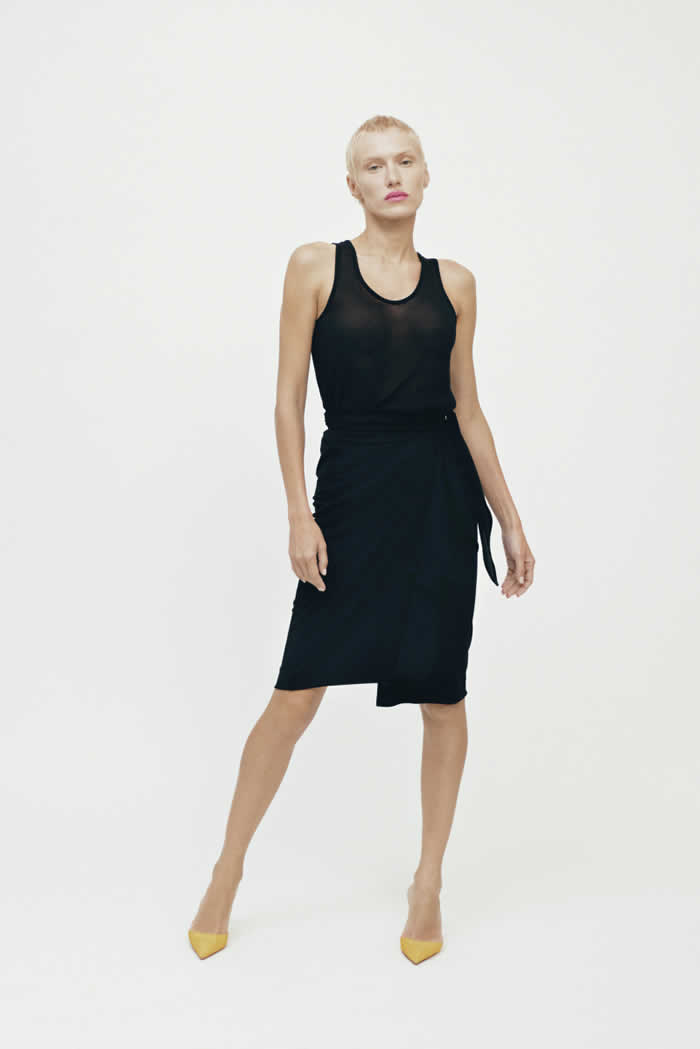 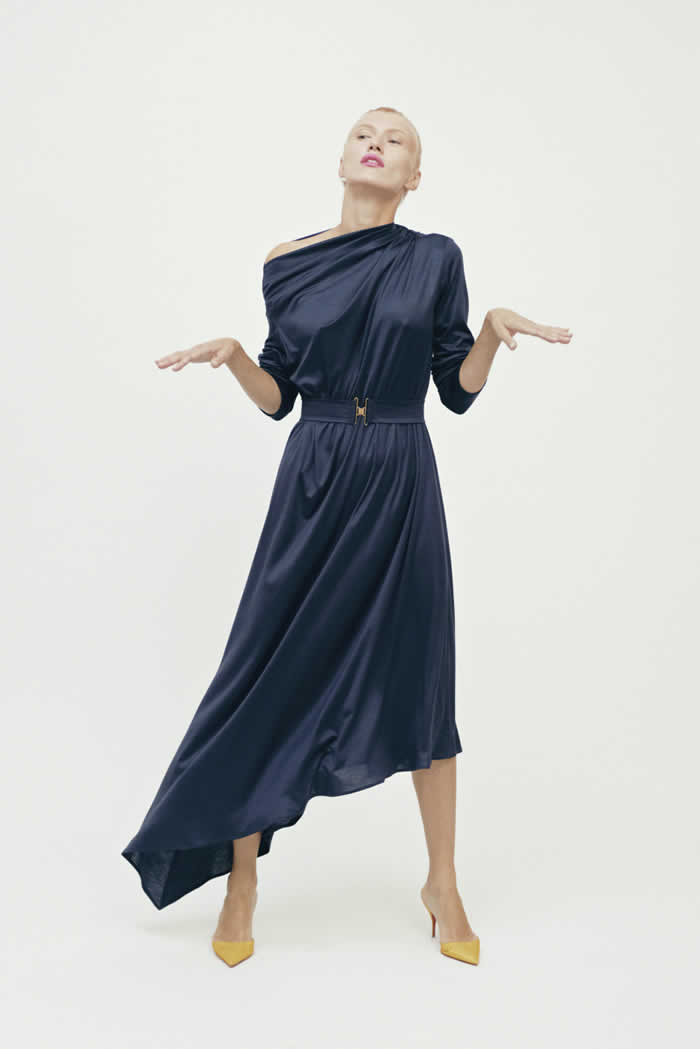 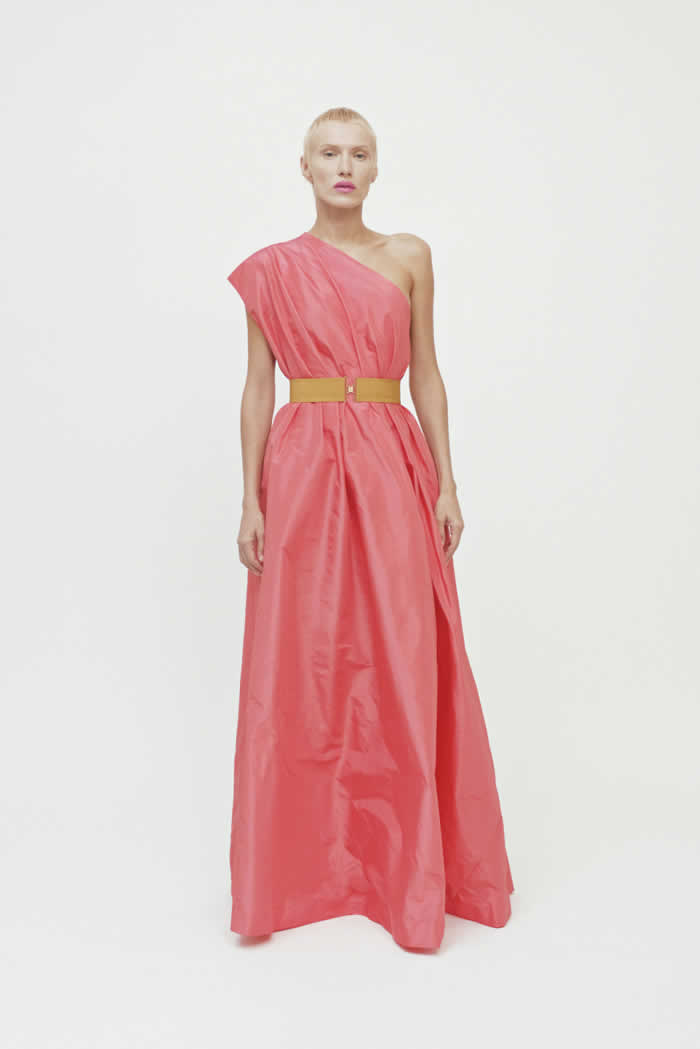 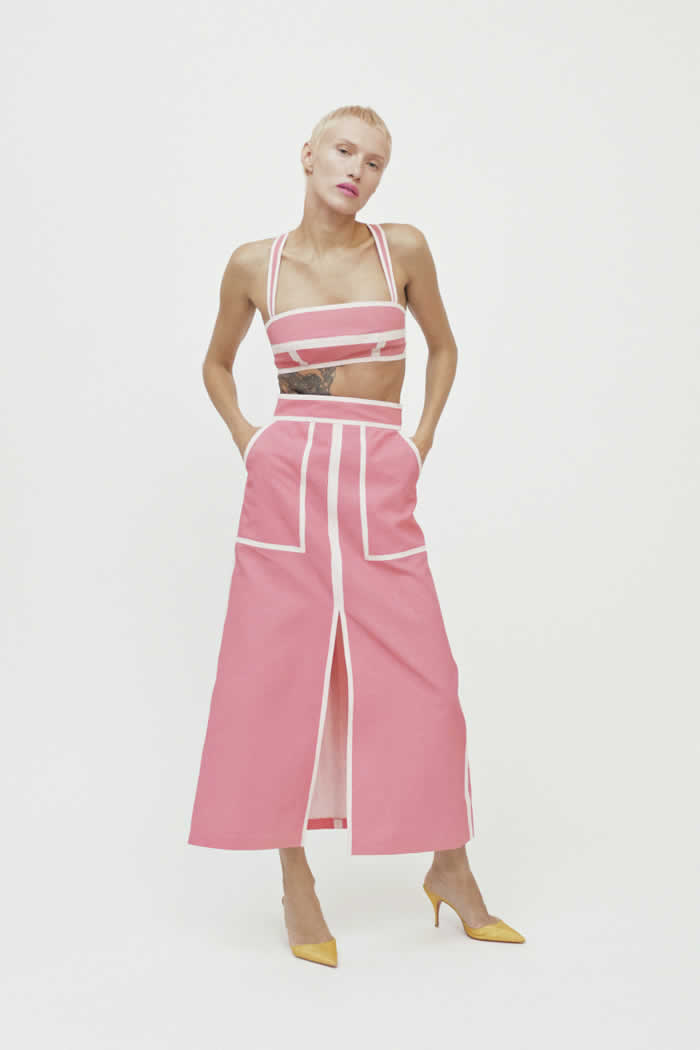 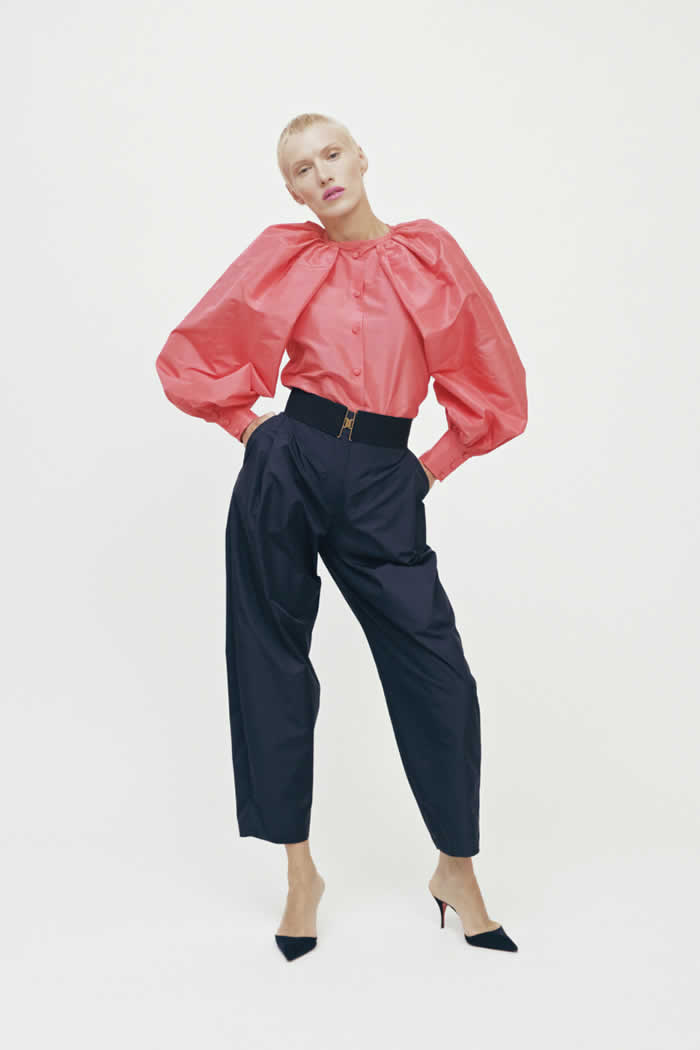 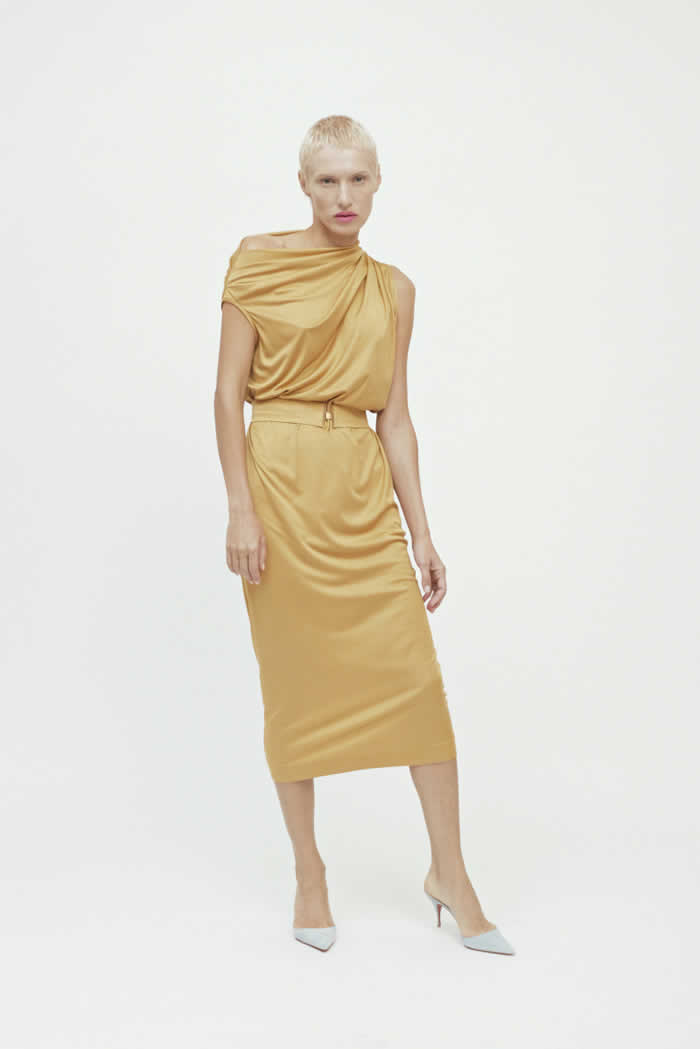 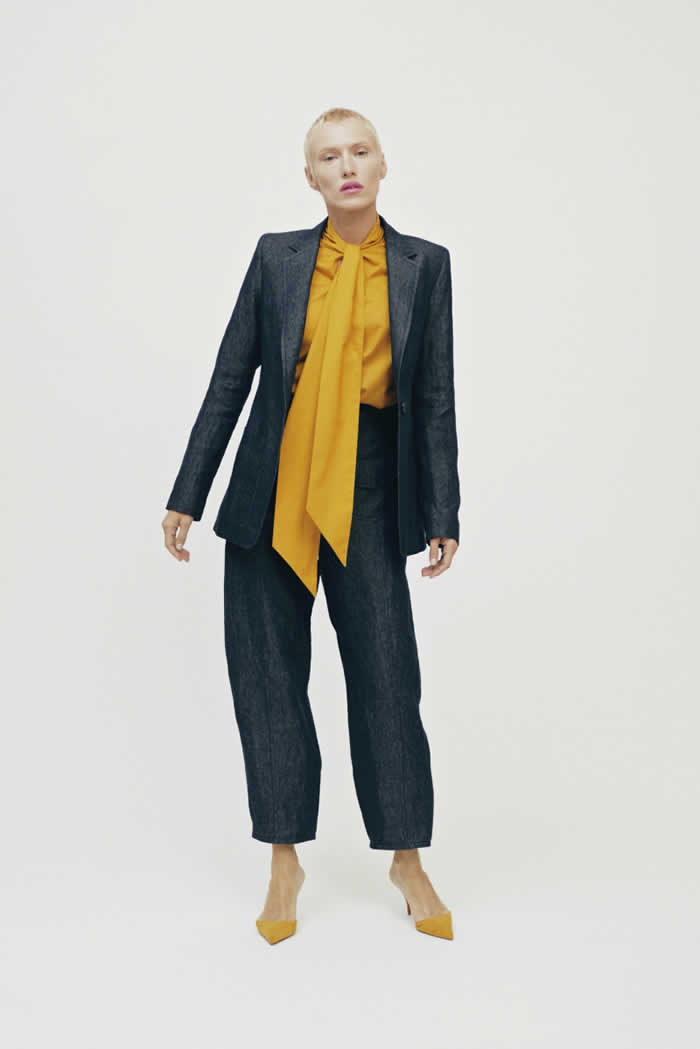 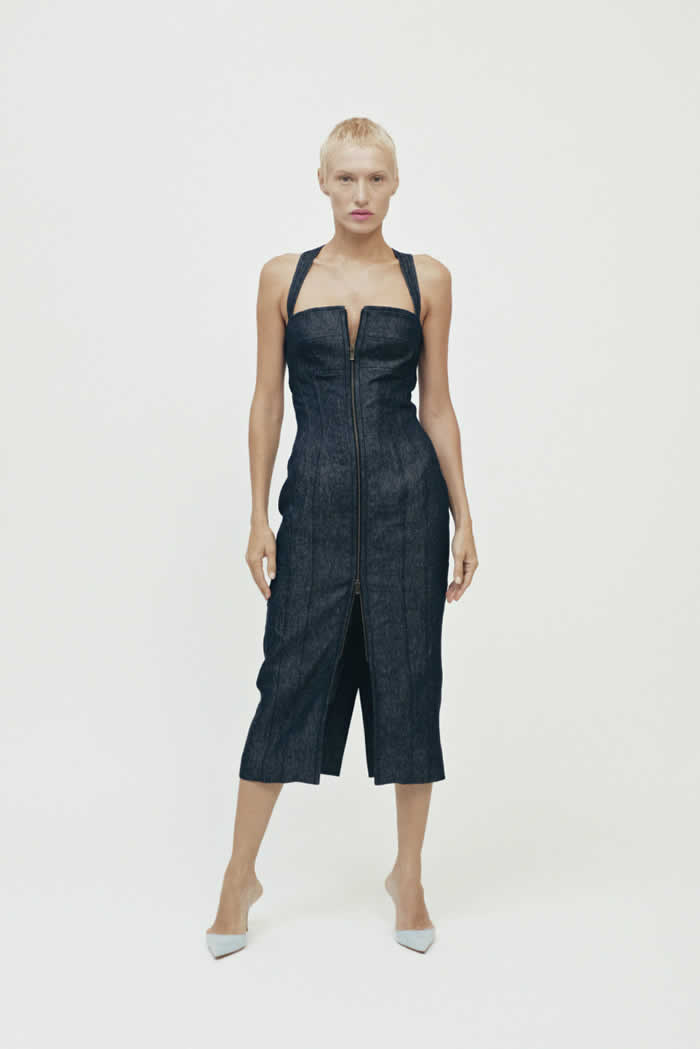 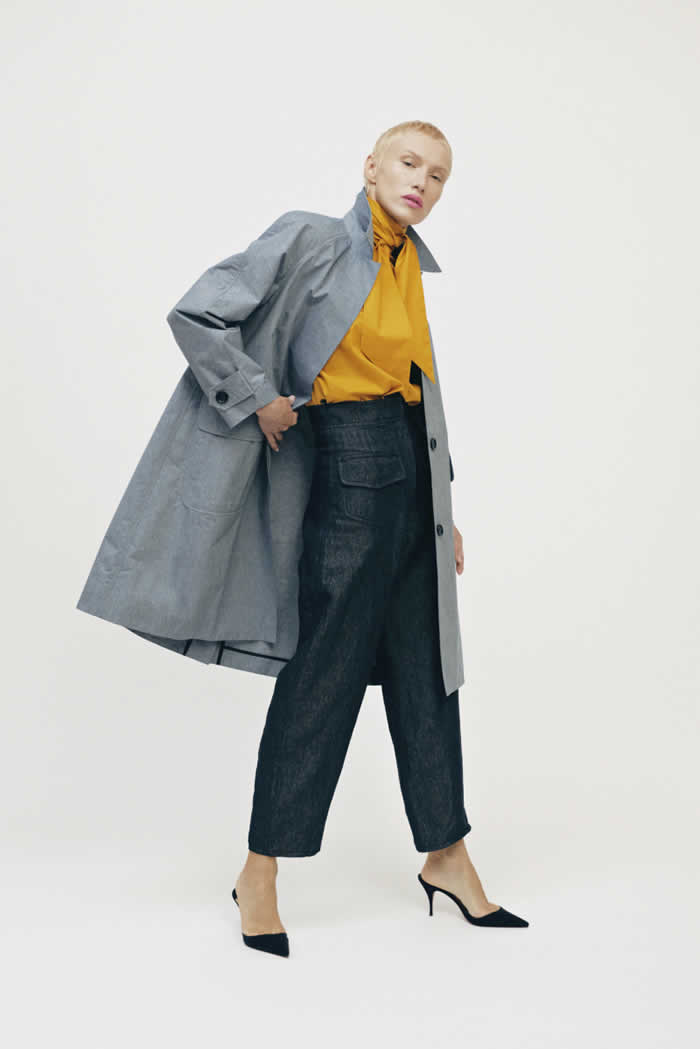 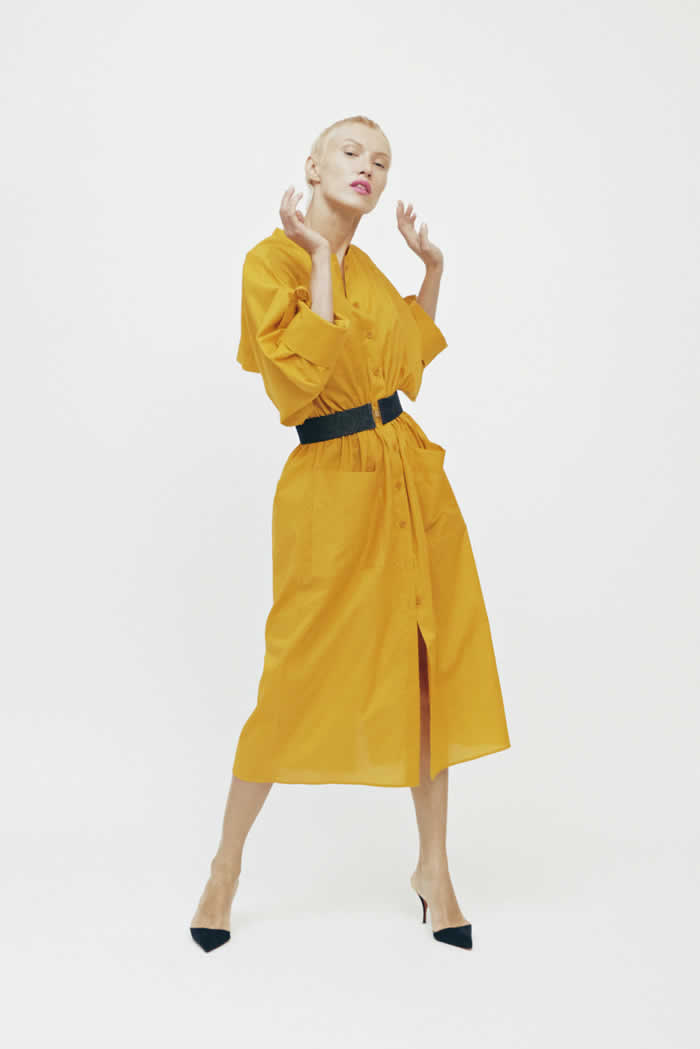 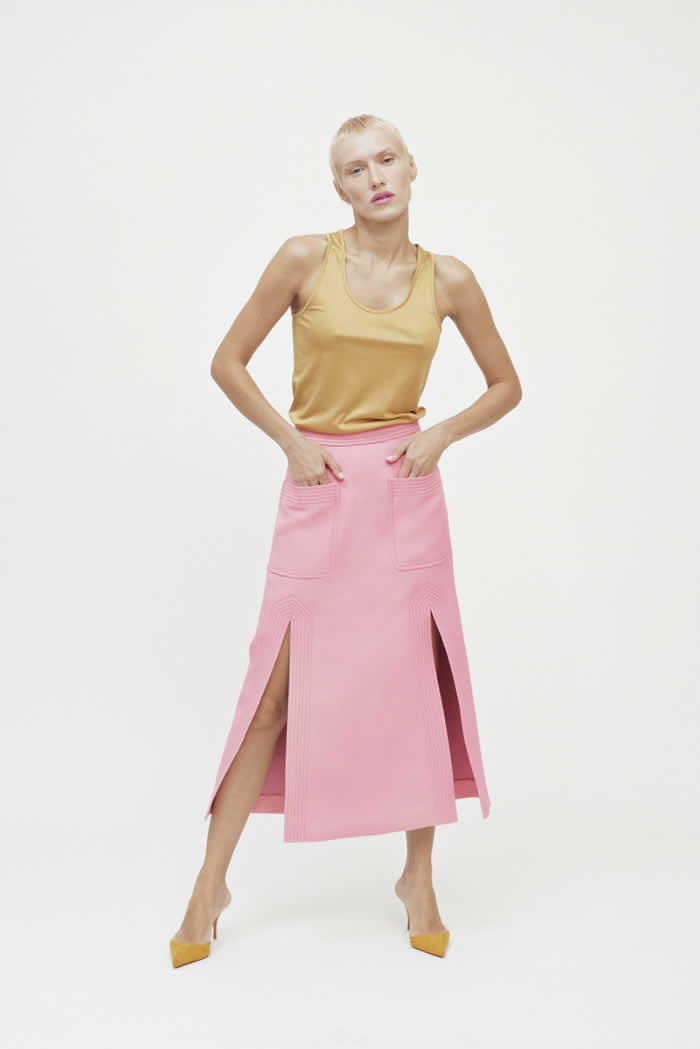 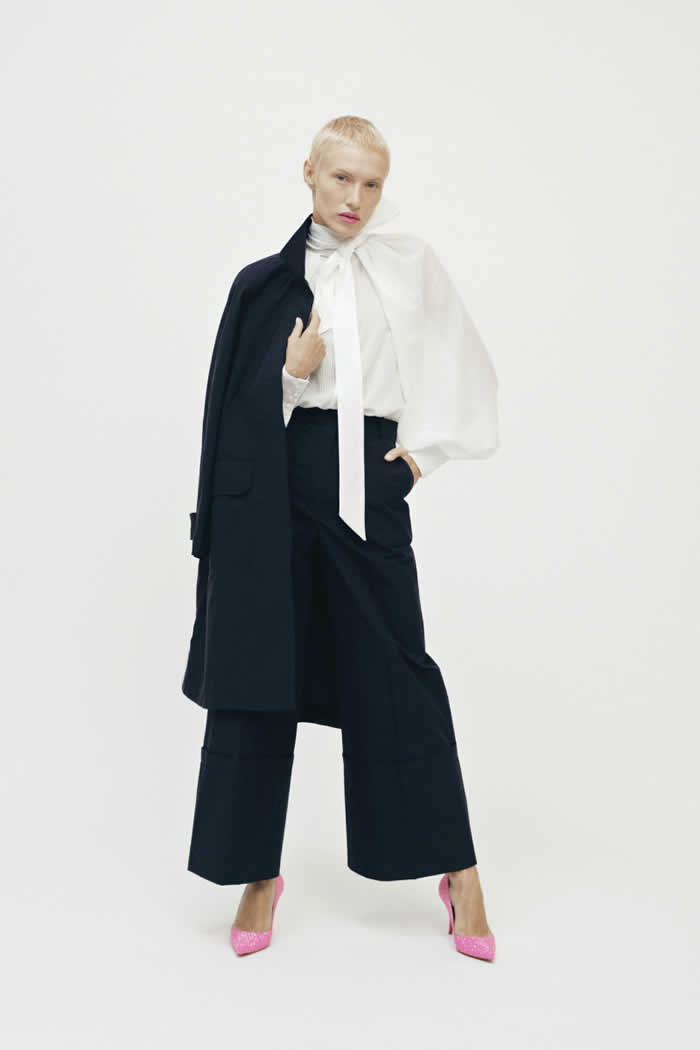 Grant was referring specifically to a blue belted shirtdress with safari pockets that he’d paired with pink heels, but there were plenty of other playful options in his spring collection: a sexy pink halterneck minidress; cross-back bra tops, and a navy linen zip-front, hourglass bustier dress.

They tipped his trademark masculine-feminine dynamic into the flirtier territory. Even the suits had a softer edge this season, courtesy of a slightly Eighties-feeling curved, cropped pant shape. Grant emphasized the waist by belting everything from oversize shirts to a flowing one-shouldered pink taffeta evening gown.

He also used the taffeta for a puff-sleeved shirt, noting that the fabric was made by a French company that historically supplied haute couture houses. “It’s one of the first pinks that I used when I moved to Paris, and it’s called ‘Paris.’ I like also that I can go back to a house that I used 15 years ago and have that exact color,” he mused.