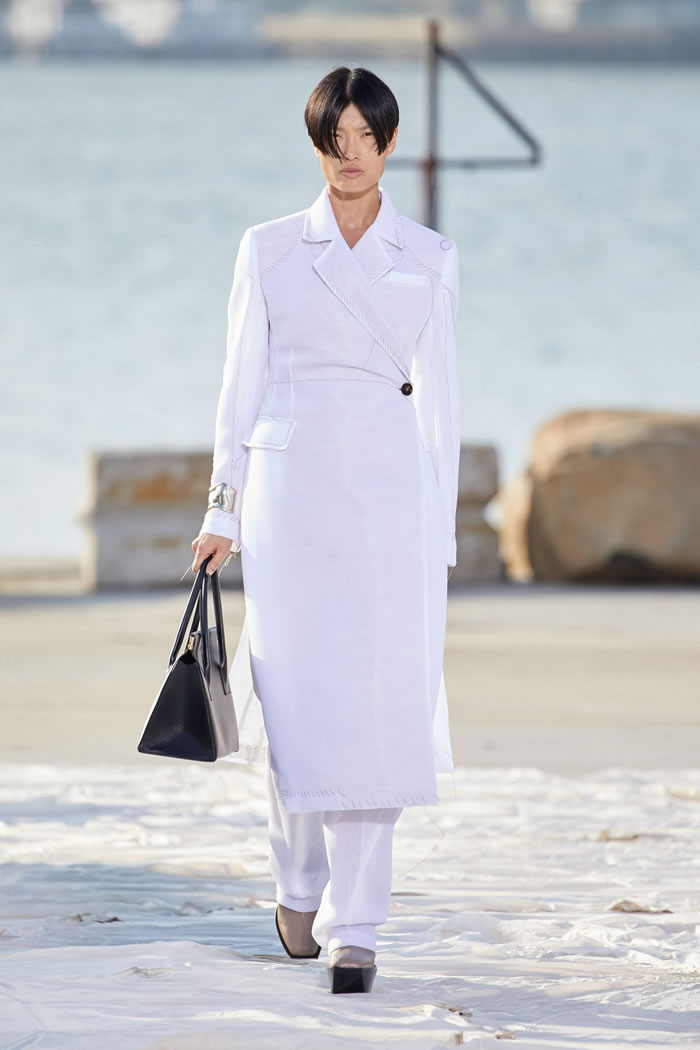 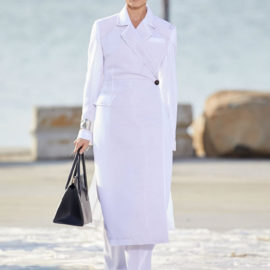 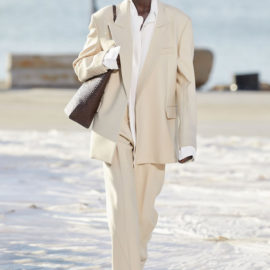 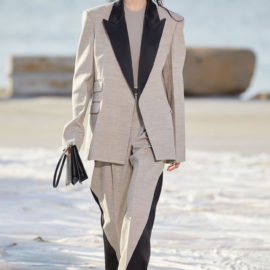 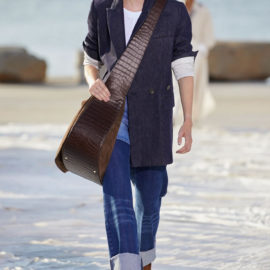 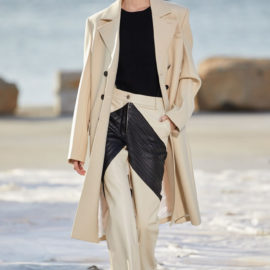 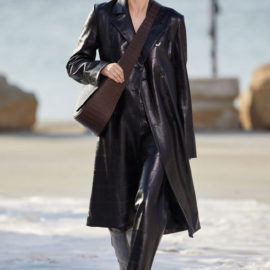 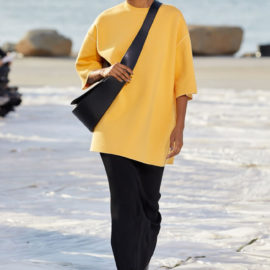 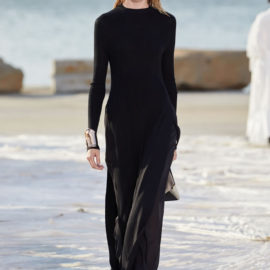 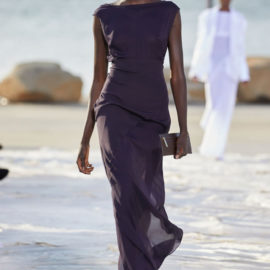 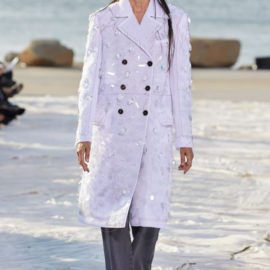 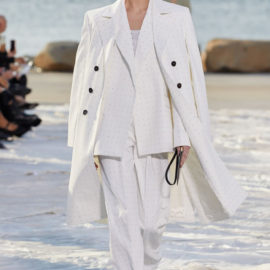 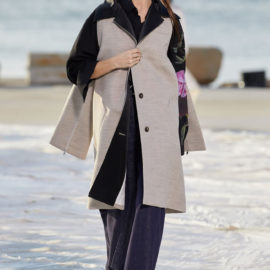 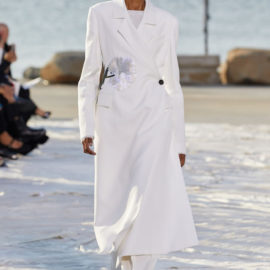 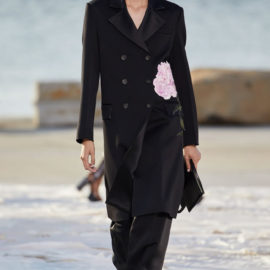 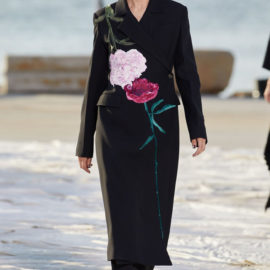 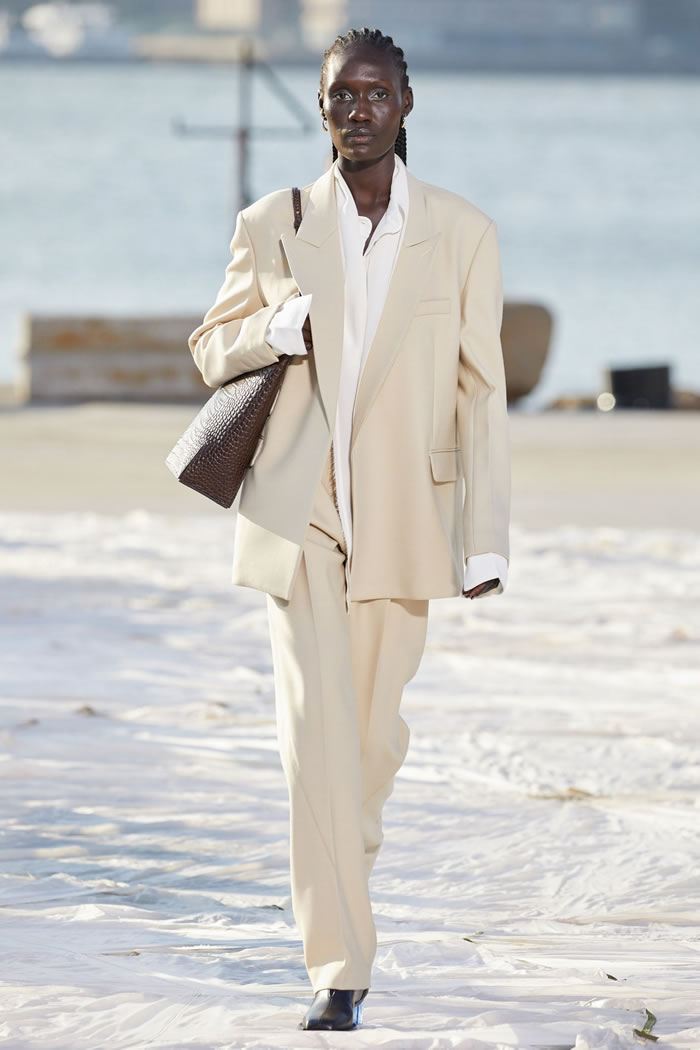 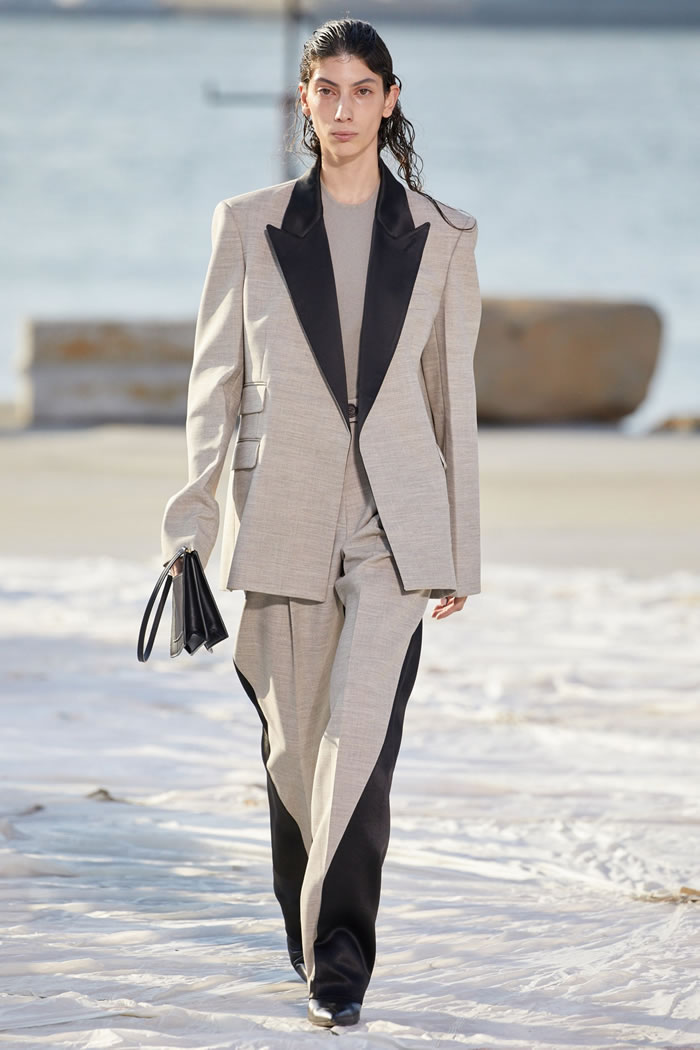 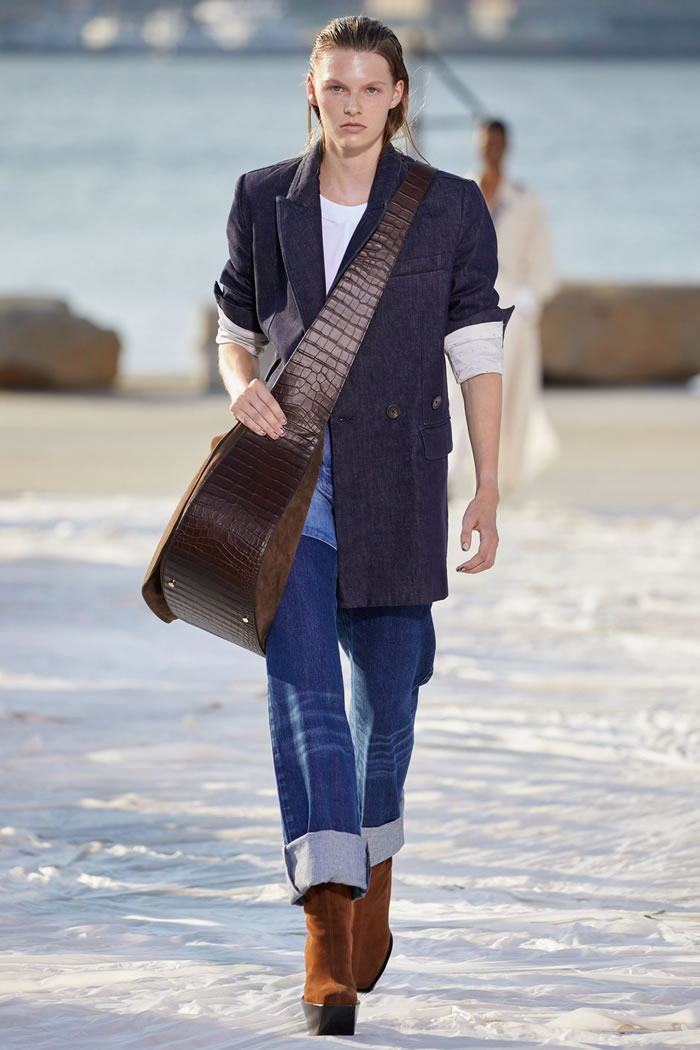 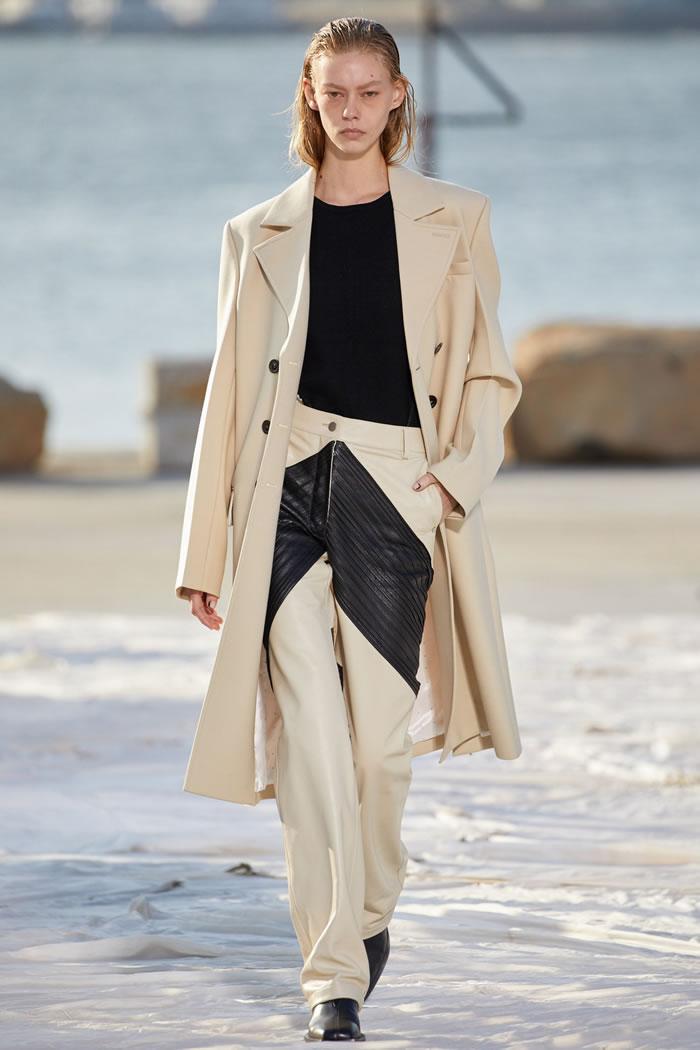 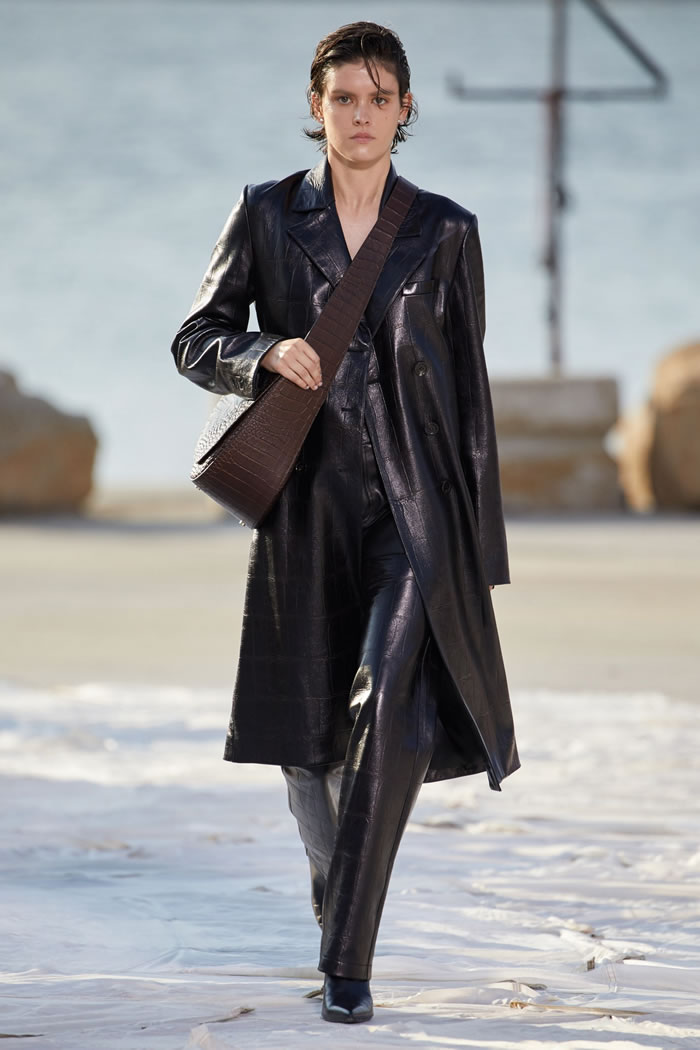 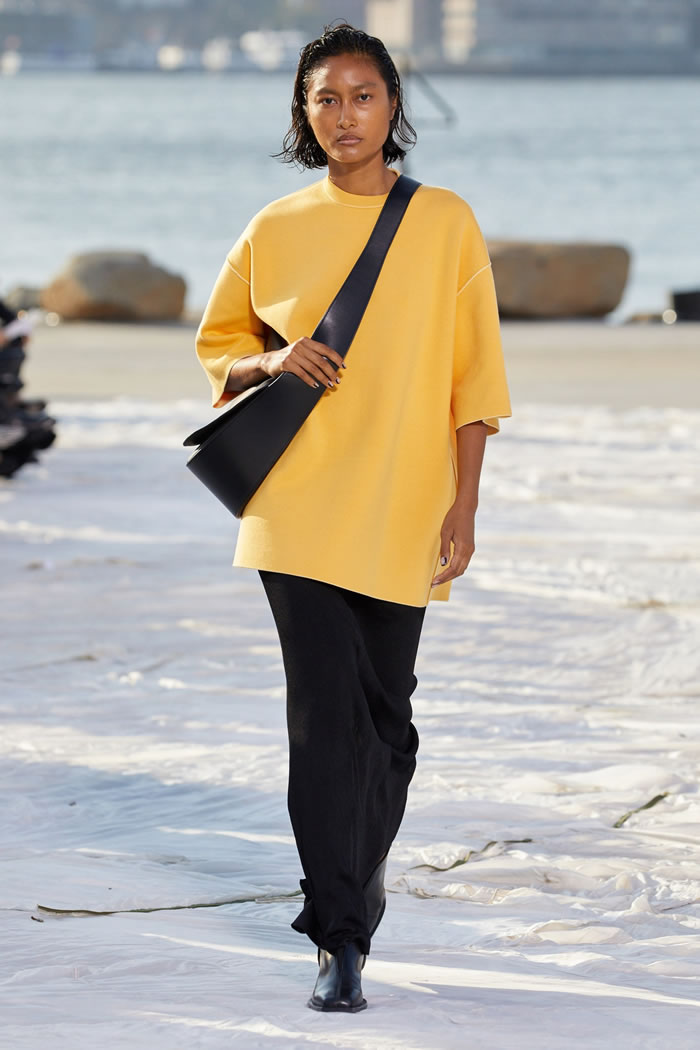 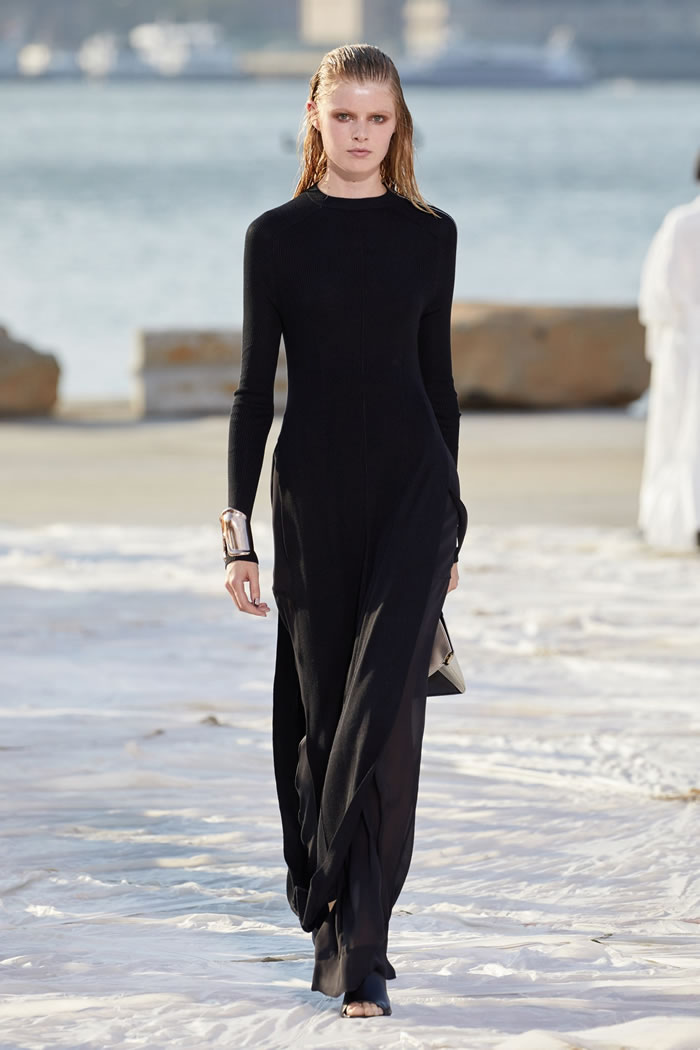 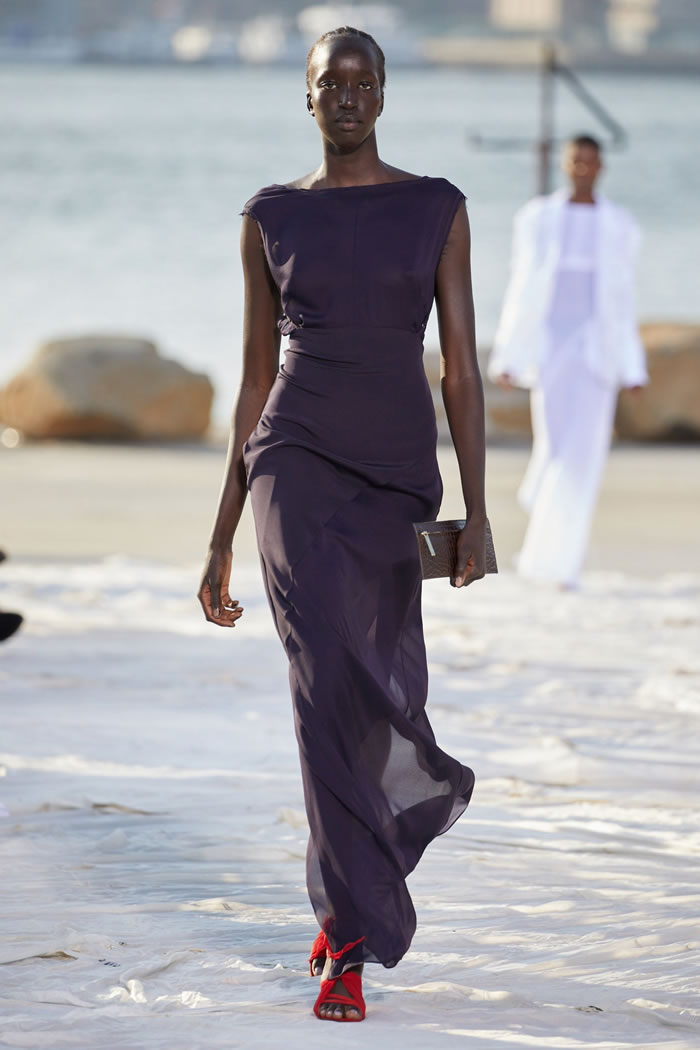 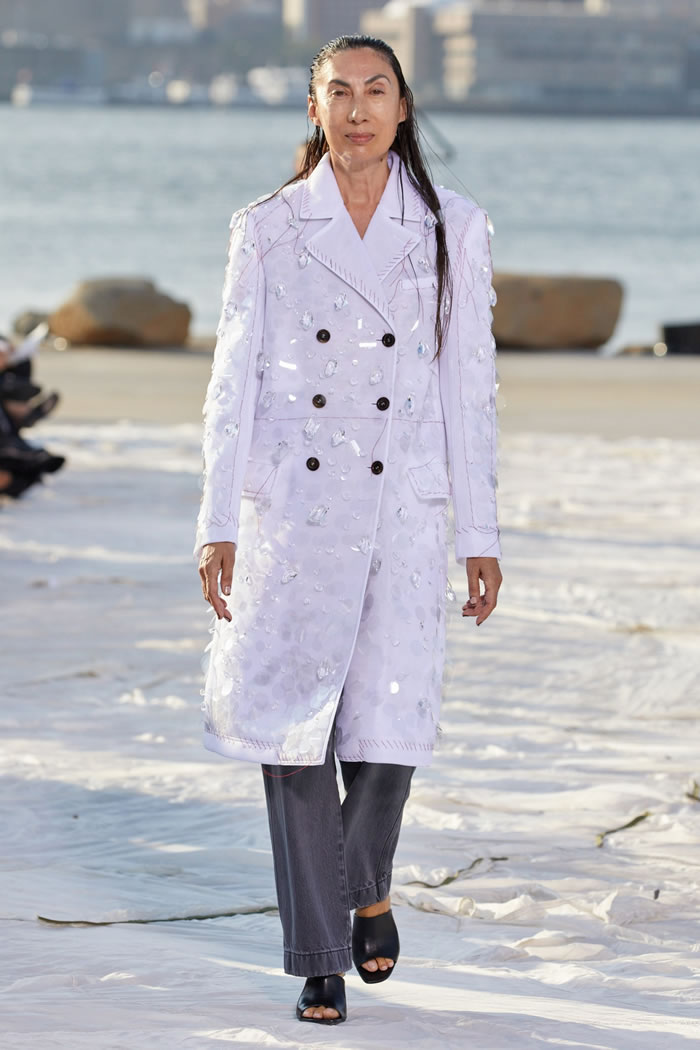 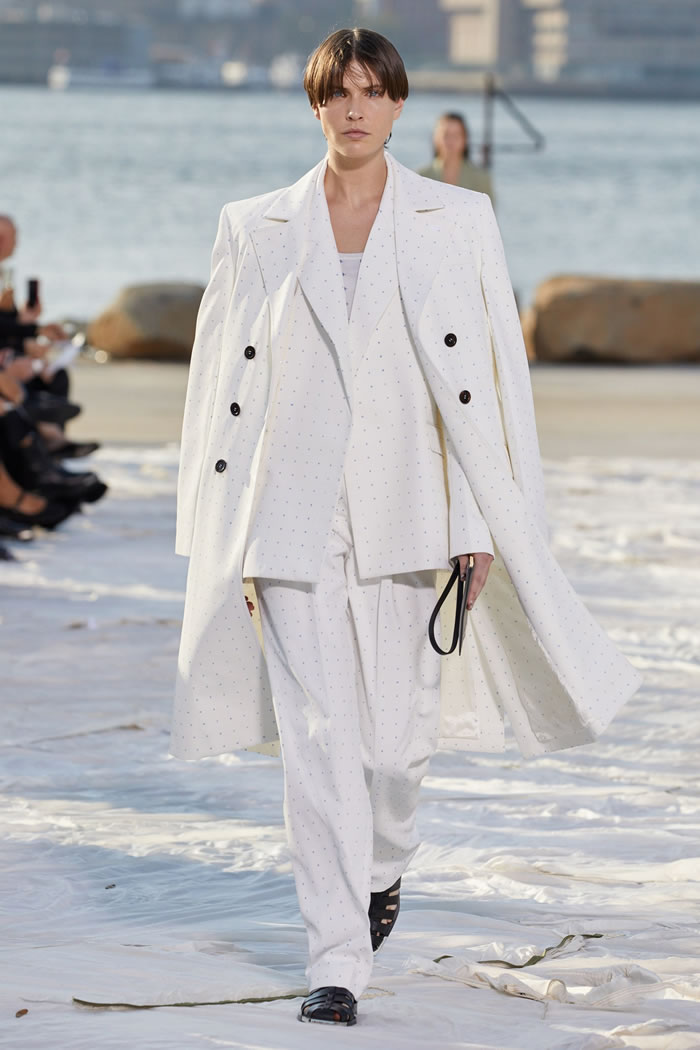 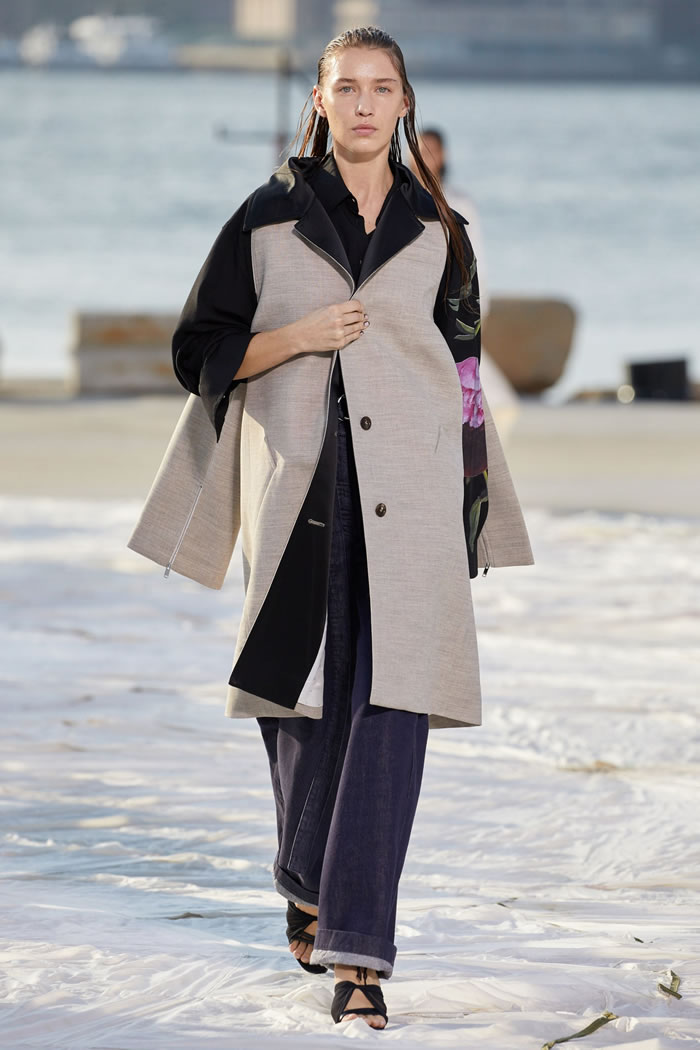 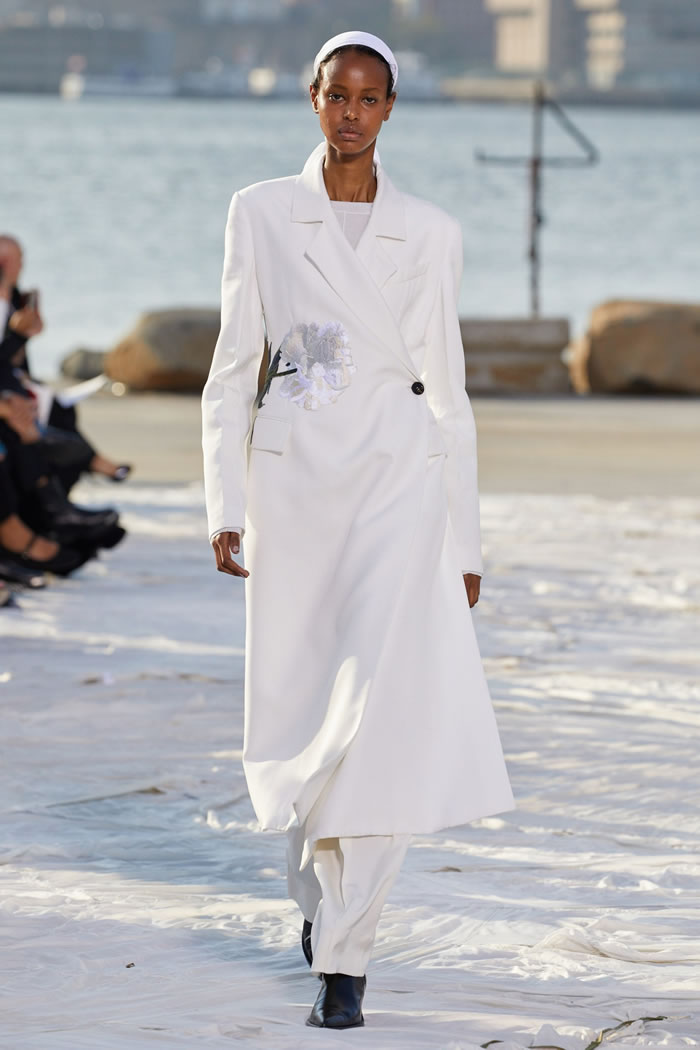 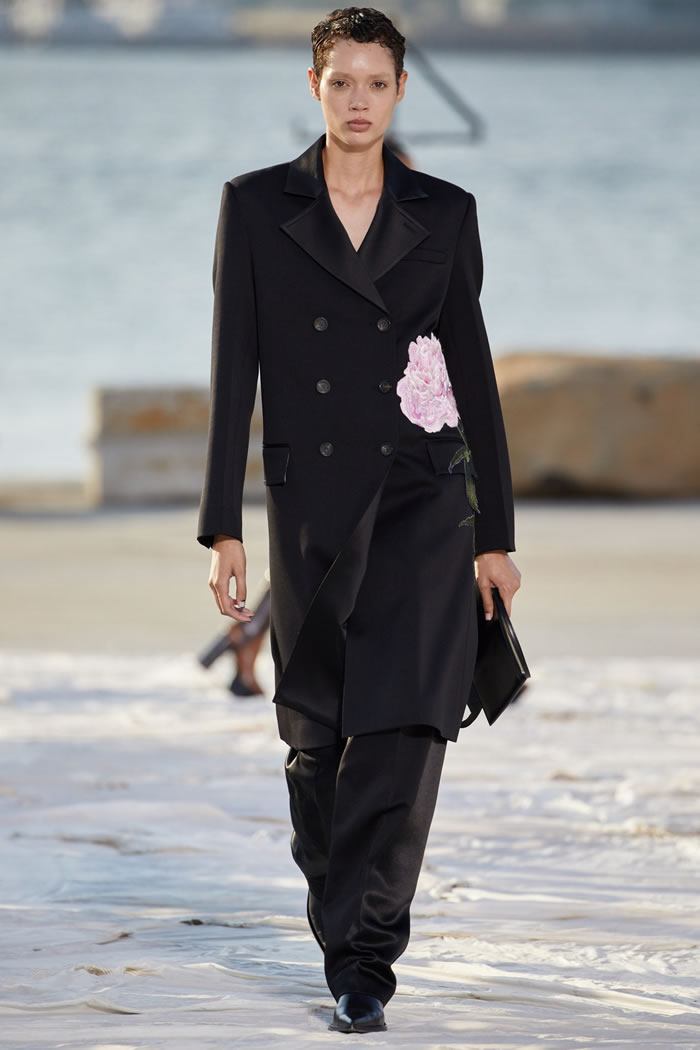 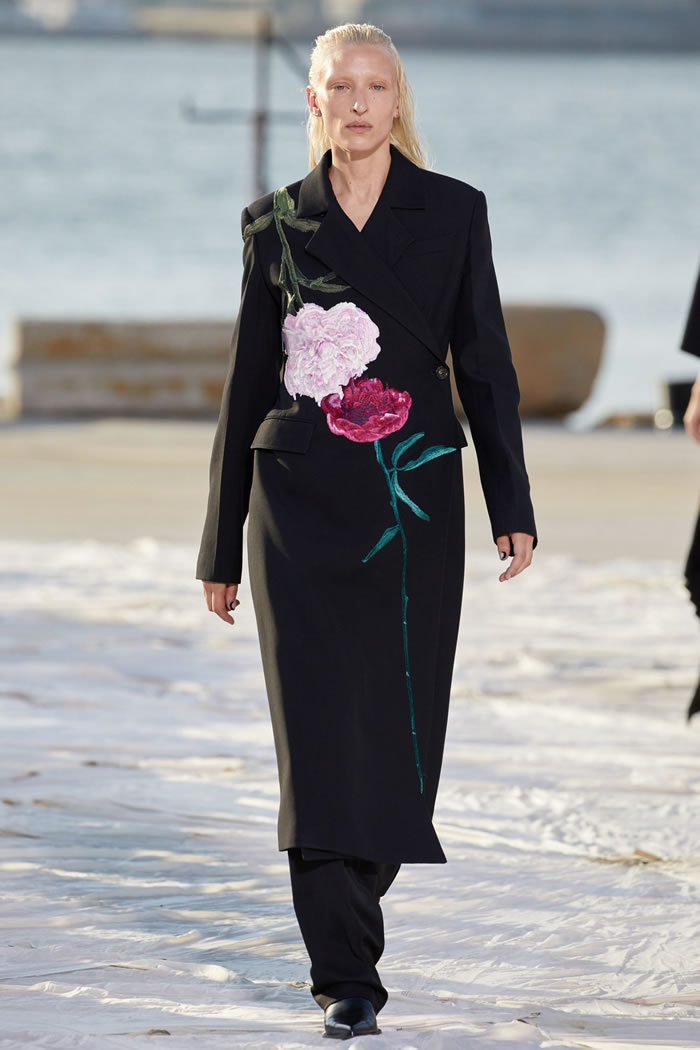 Peter Do gave a hand-written note to each and every one of his guests. In the letter, he likened designing his new collection—the first he’s showing on the runway—to making Pho with his dad as a teen.

Do father and son were Vietnamese immigrants in Philadelphia, and cooking the traditional soup was a weekend bonding exercise. “A good Pho is reduced and edited, to an essence,” he wrote. “It is comforting and it feels like home… Welcome to our home.”

Set in Greenpoint, Brooklyn, in an open lot next to the East River, Do’s debut was one of the most anticipated shows of a revived New York Fashion Week.

The spectacular Manhattan skyline across the water made his point, which was about insisting on his place and that of his team as Asian-Americans here in New York. Hate crimes involving Asian-American victims have soared in the city, as across the US, during the pandemic.

Do has been at the stove, to extend his Pho metaphor, for three years. Buyers picked up his first collection for spring 2019, so he hasn’t been toiling in obscurity, but he was operating at a remove from the runway glare.

He uses the word functionality to describe his work; “making your life easier while looking good,” is how he puts it. The genesis of this collection was that first outing.

Though he’s been a minimalist from the start, when analyzing his early work with more experienced eyes, he decided to pare it back and cut out its excesses. The four-piece suit, which he’s made a signature, now features a lighter-weight pleated skirt than in seasons past because customers had told him that there was too much fabric around the waist.

Then he went further back. “We’ve been thinking about the people that came before us,” he said backstage. Looking at photographs of his grandmother’s church outfits led to an exploration of the traditional Vietnamese ao dai, which he added lapels and closures to for a side-buttoning coat. An early snapshot of his mom and dad in which his mother holds a rose inspired the rich embroideries on the finale pieces.

Do brought his whole team out for a bow. Up until this point, it’s the product alone that has driven his label’s success. Now that his followers can put faces to the name—we counted about a dozen people during that bow, and they’re also appearing in a wild posting campaign for his fall collection—that success seems likely to grow.