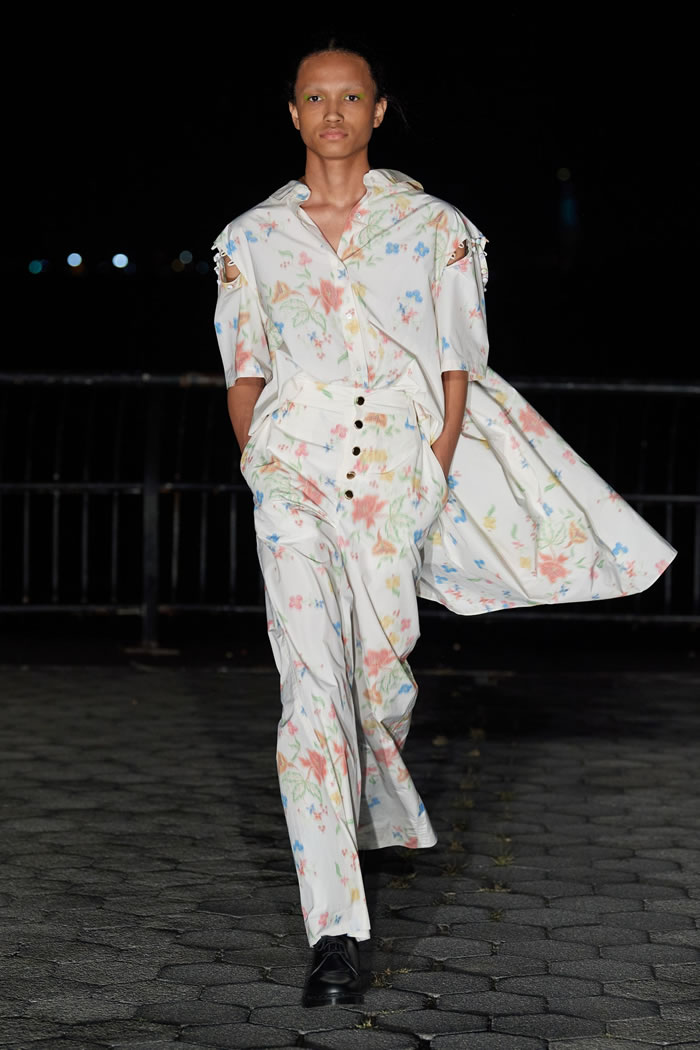 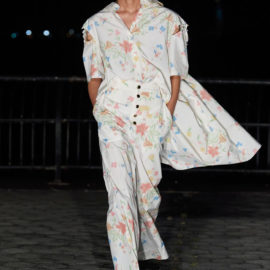 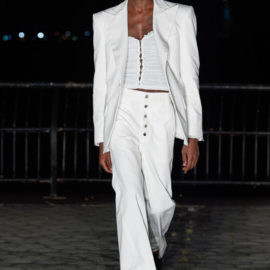 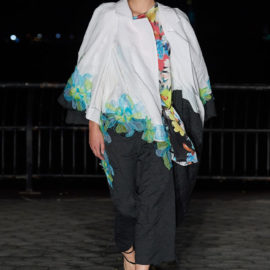 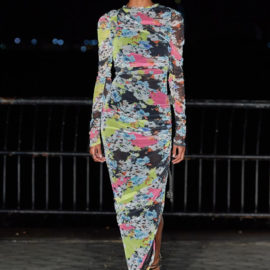 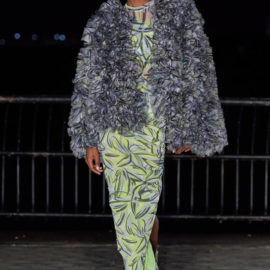 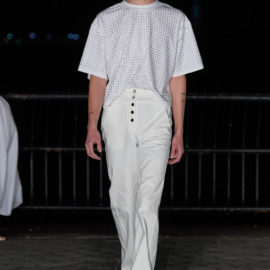 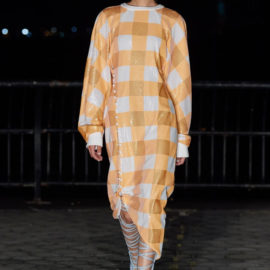 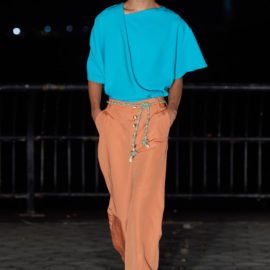 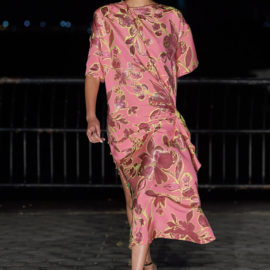 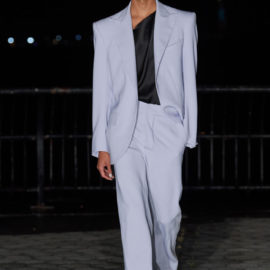 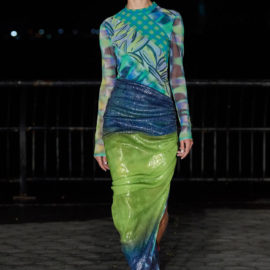 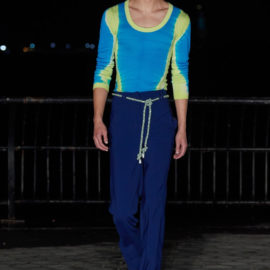 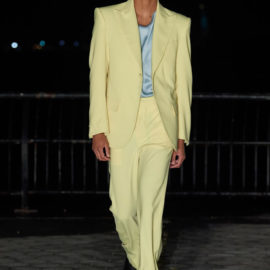 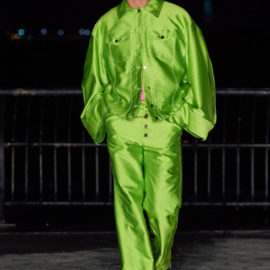 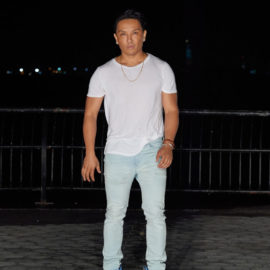 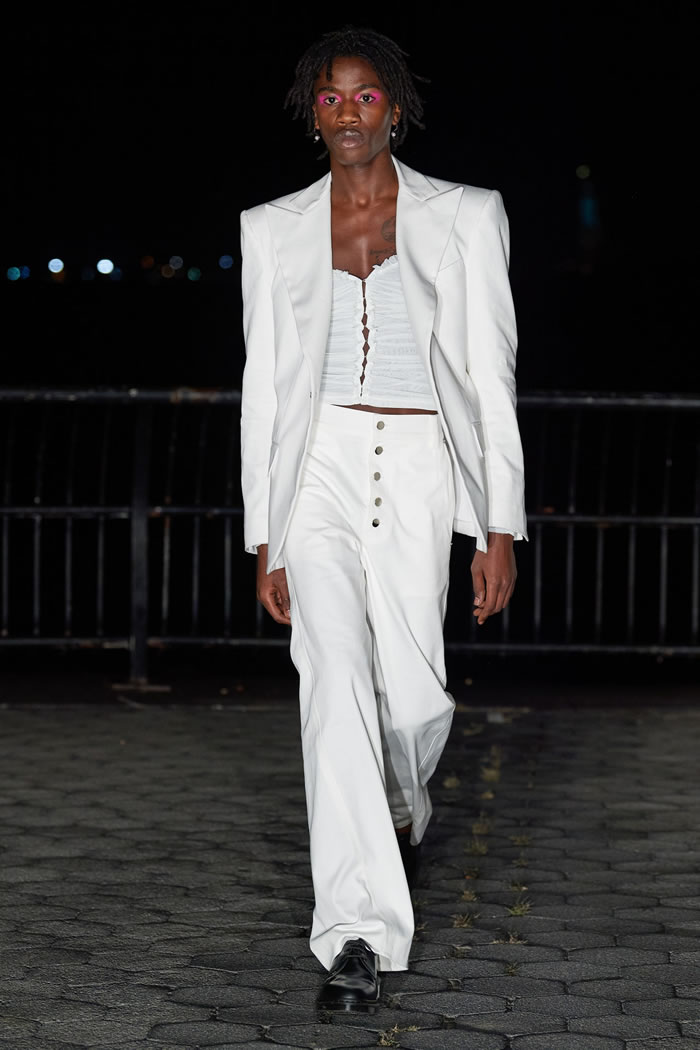 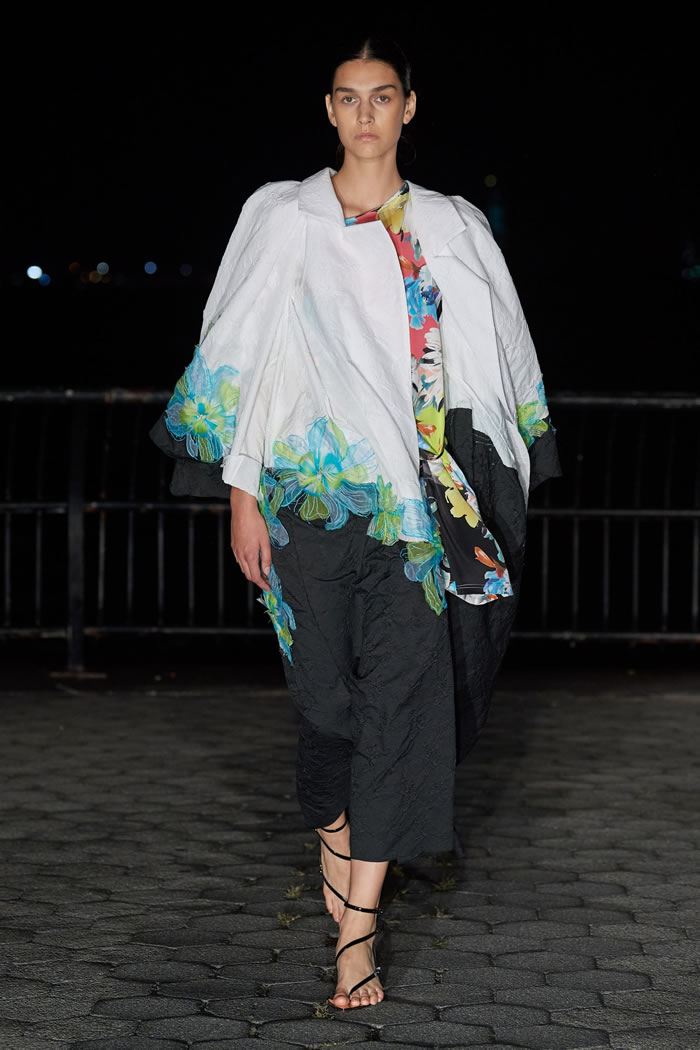 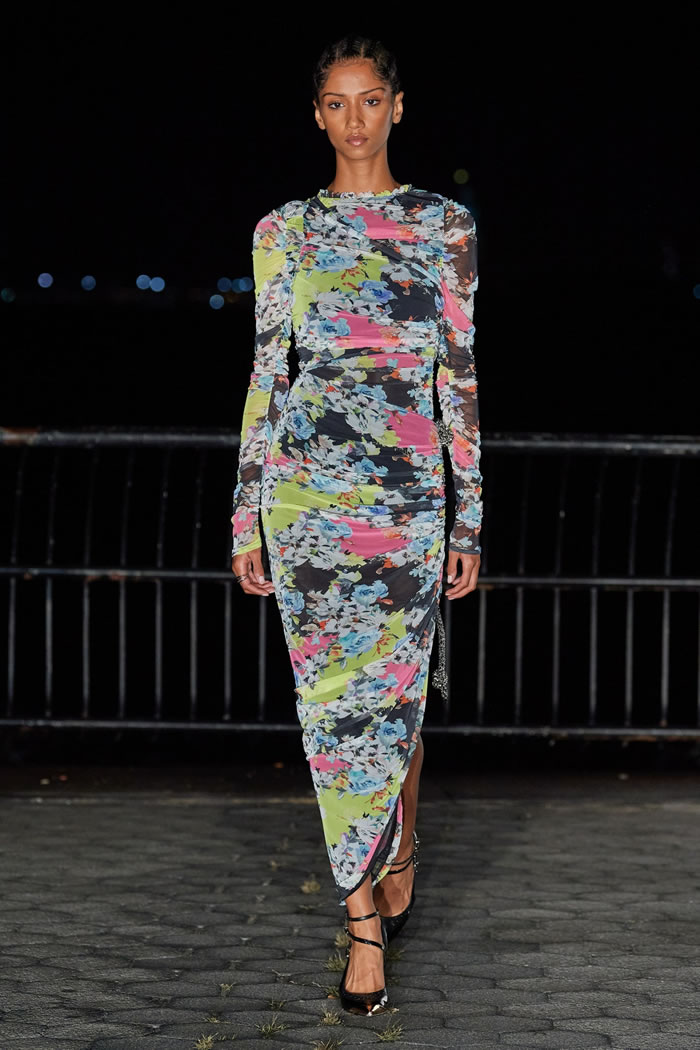 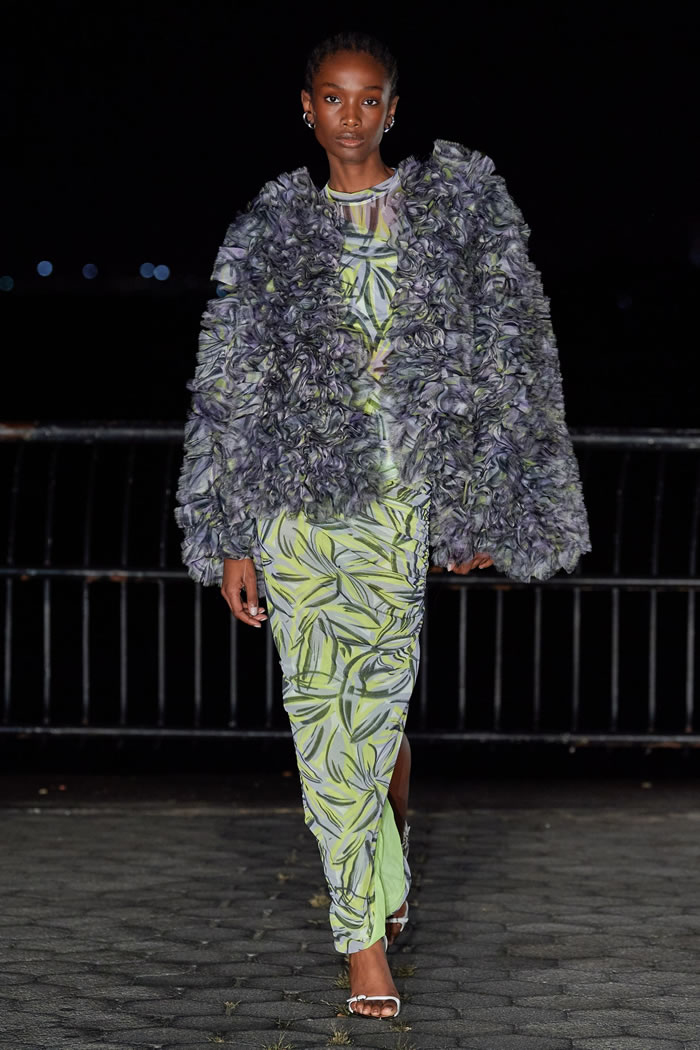 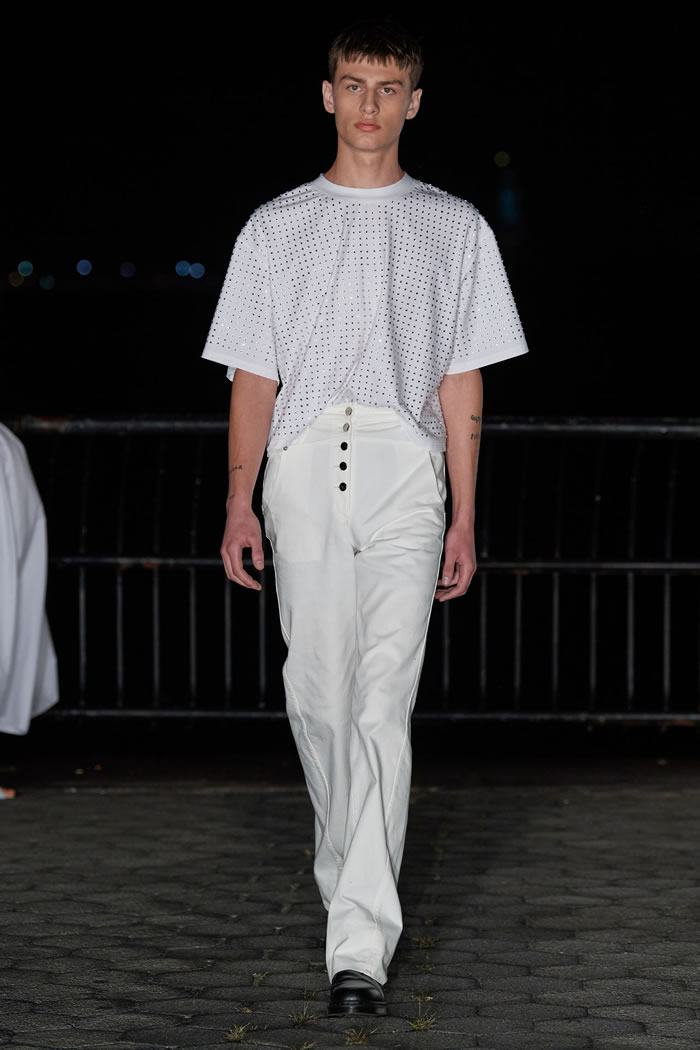 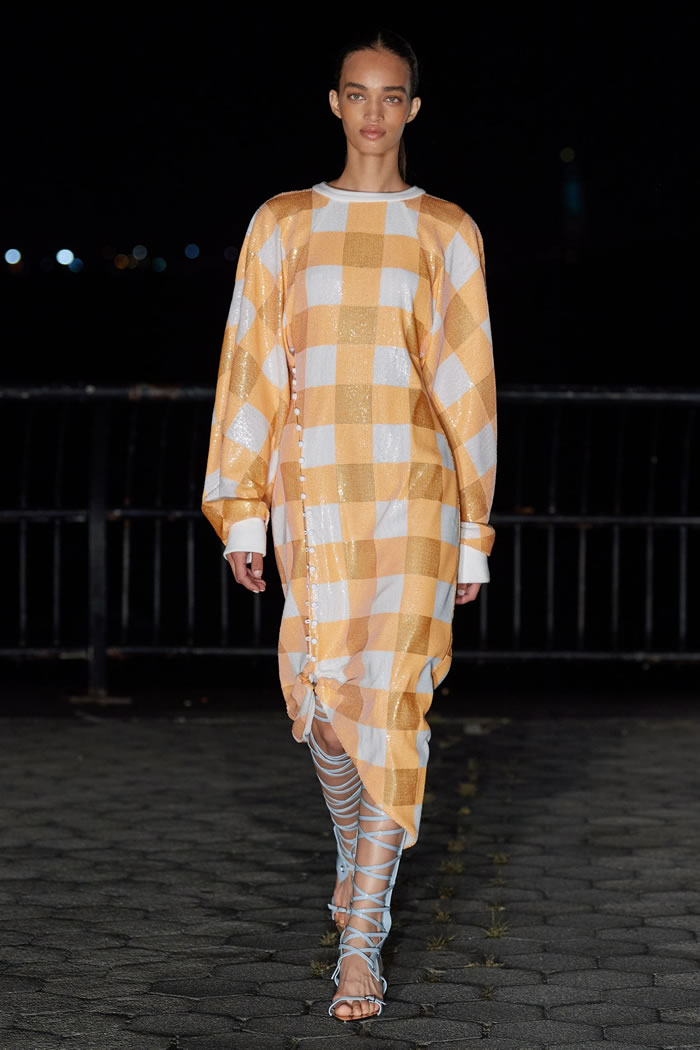 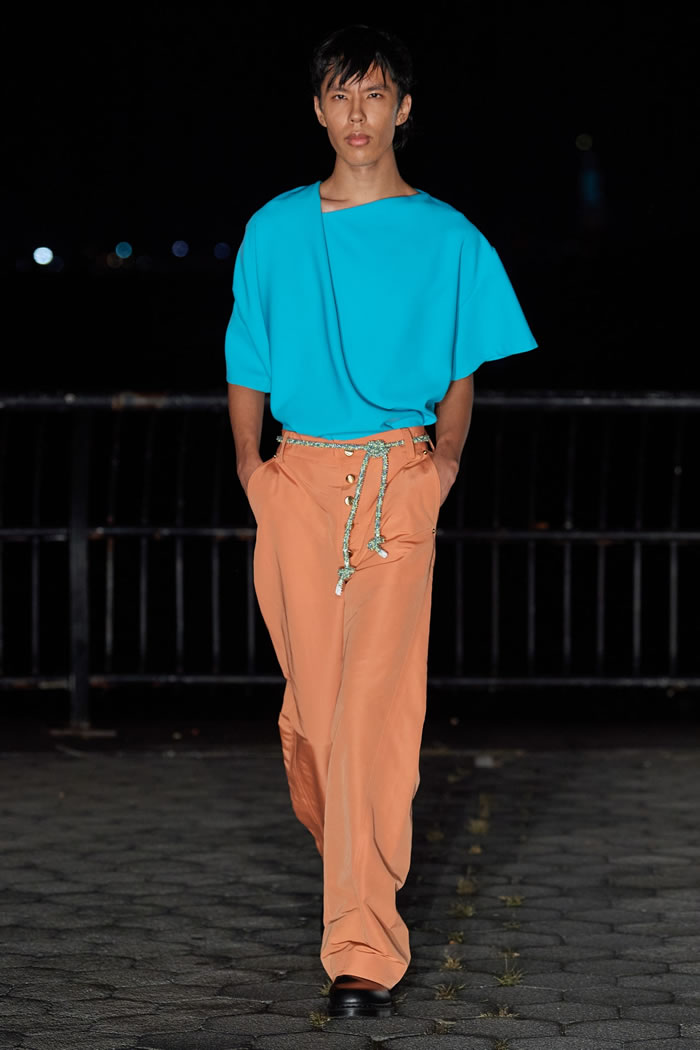 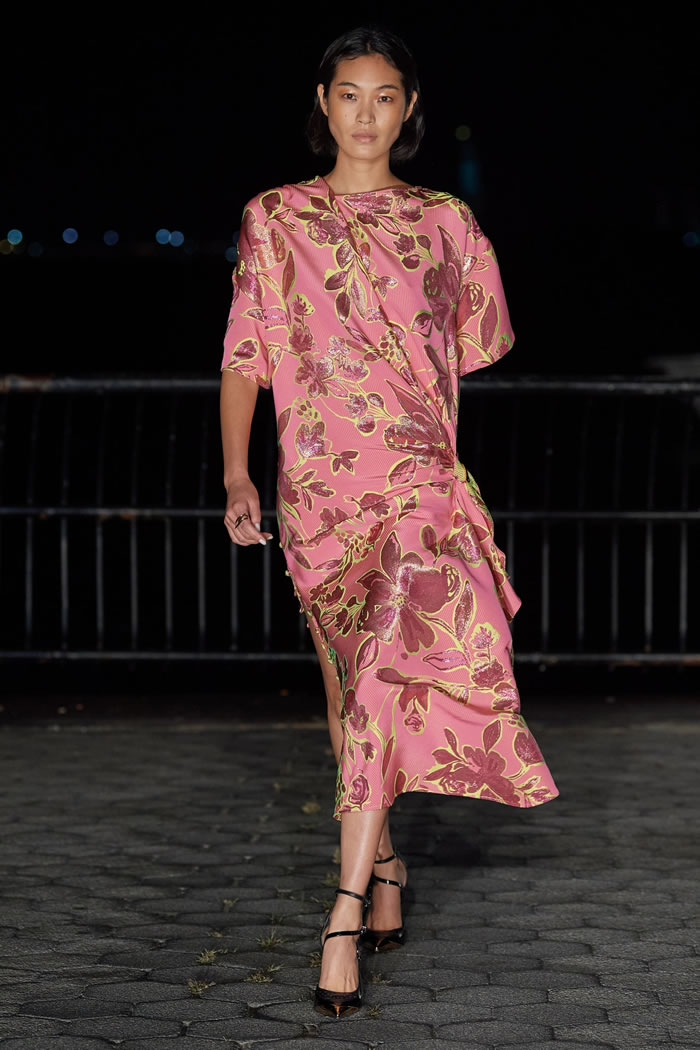 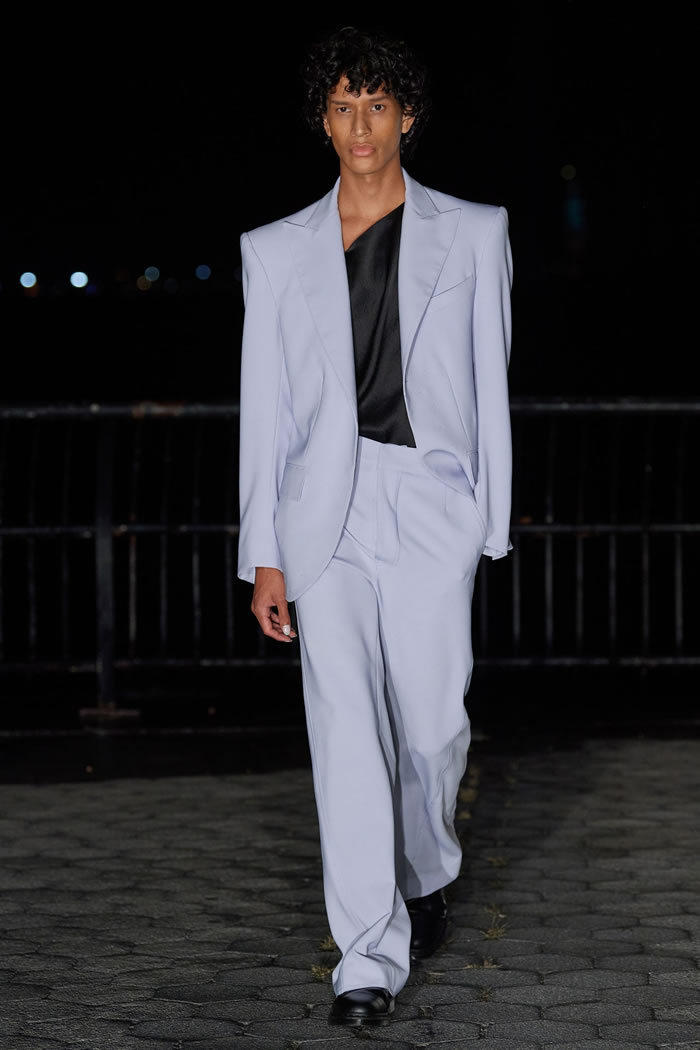 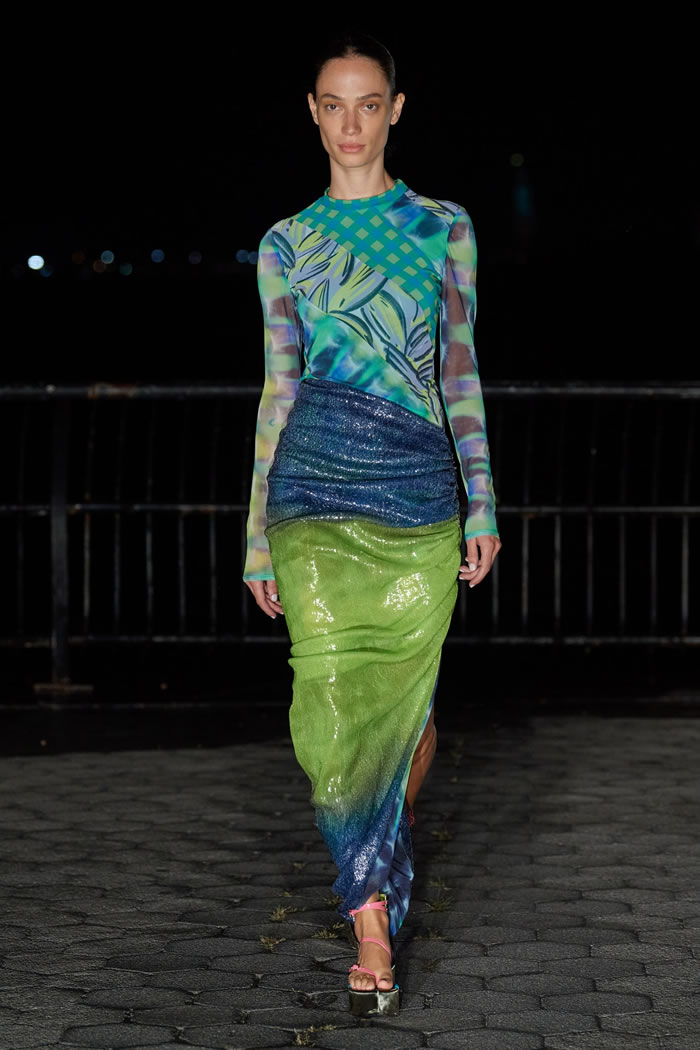 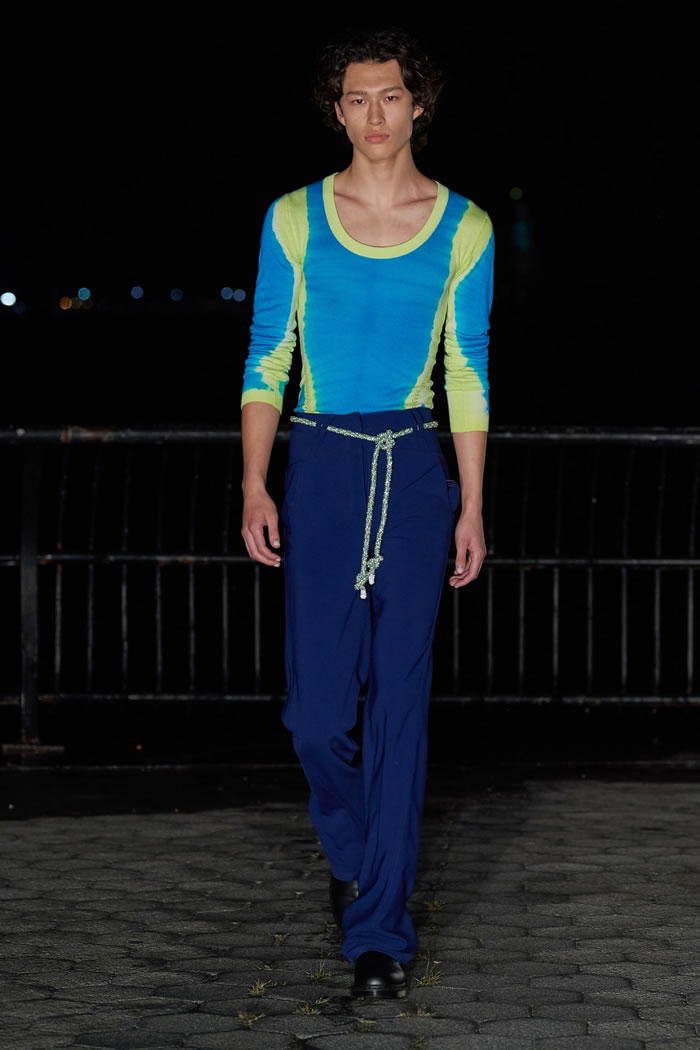 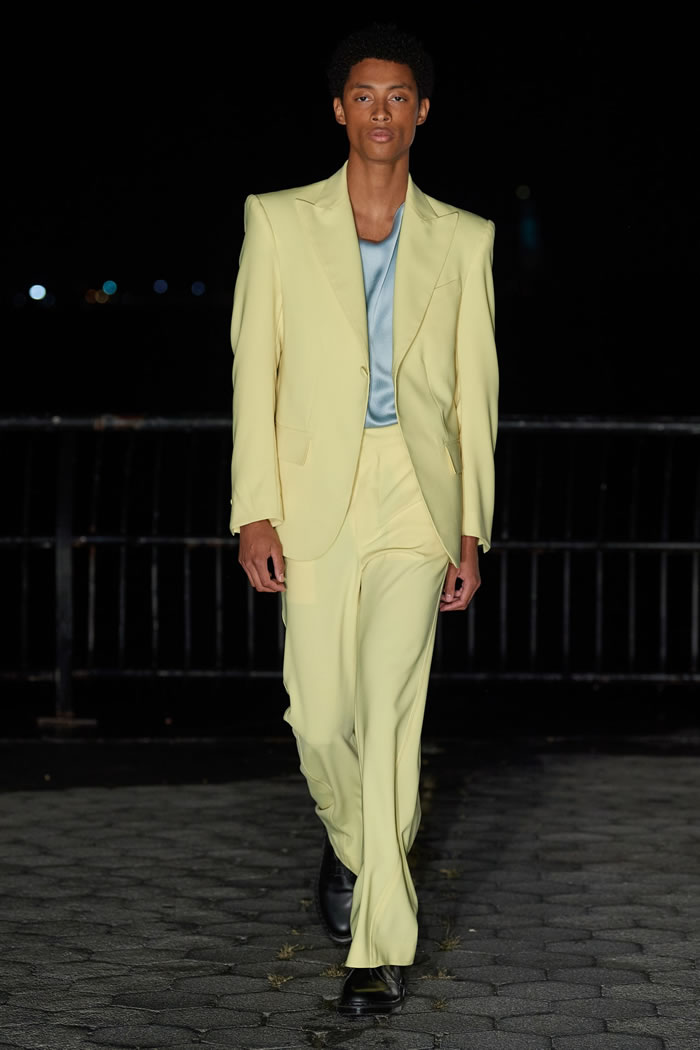 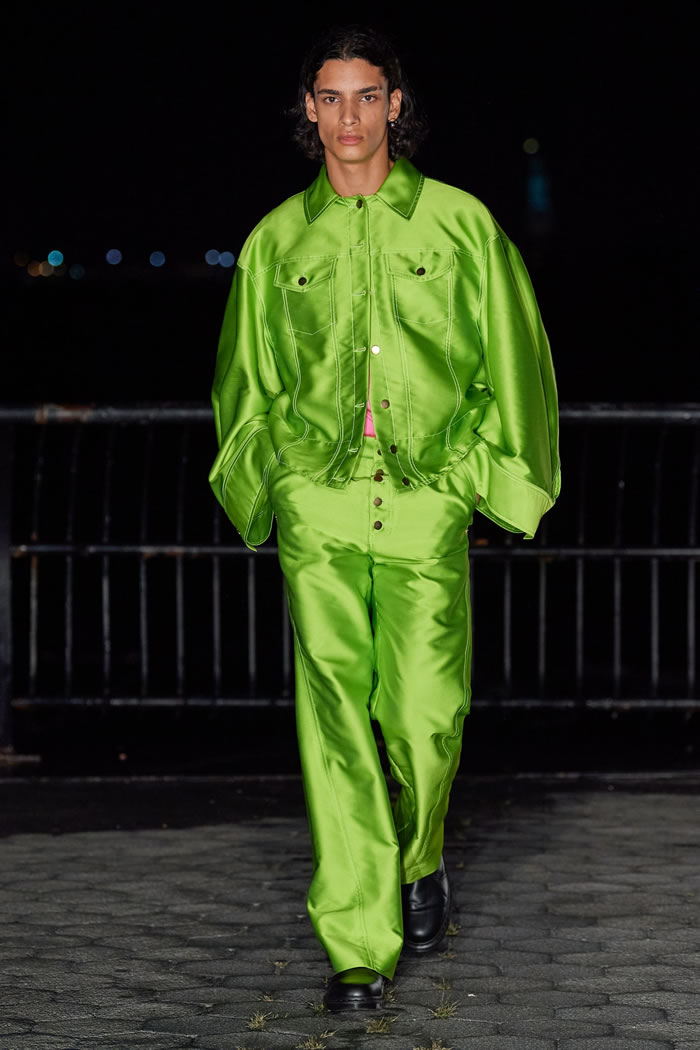 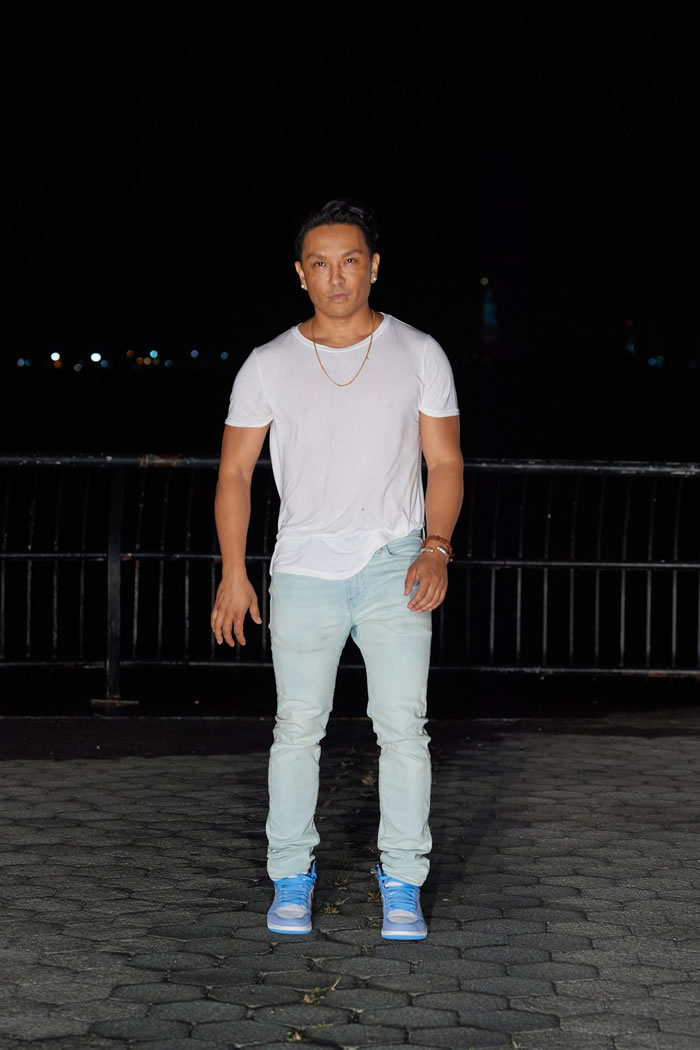 At his 10th anniversary show two years ago, Prabal Gurung asked the question: “Who gets to be an American?” It was spotlit on his venue’s cement floor and models wore it printed on sashes of the sort seen at old-fashioned beauty pageants.

“Once upon a time,” I wrote then, “there was a concern that fashion and politics don’t mix, but that’s been replaced by far more urgent worries.” Now a dress from that collection is set to greet visitors at the upcoming Costume Institute exhibition, “In America: A Lexicon of Fashion.”

The work of the museum’s new show is to retell the story of American fashion without leaving out the designers of color and marginalized groups who’ve been omitted previously. The social justice movements of 2020 precipitated the reexamination, but Gurung helped lay the framework.

Last night, he asked another bold question backstage: Who gets to be a girl? “Over the summer, going to the protests, the trans rally, going to places like Happy Fun Hideaway in Brooklyn, which is a non-binary space…

I just wanted to create a collection that could show the world what beauty can look like. I honestly feel like the world is better with women.” His press notes elucidated his point of view: “A girl or a woman, whoever chooses to identify as one… is the most unnerving for patriarchy.”

Driving his point home was the presence in the front row of Governor Kathy Hochul, who replaced Andrew Cuomo last month after he resigned amidst numerous cases of sexual misconduct.

Fashion—worn-out notions of propriety notwithstanding—is the ideal space to pose questions about identity, because so much is coded into our clothing choices. Why does it still startle, in 2021, to see a young man in lipstick, or wearing a dress? Gurung’s collection asked us to check any tired distinctions about gender rules at the door.

Fabrics, prints, and shapes were shared across the gender spectrum on his runway, so were his shoes. In keeping with that mission, Gurung’s clothes broke down other kinds of binaries. He mixed American forms of dress with Asian ones and combined couturish silhouettes with the ease of sportswear.

Unsurprisingly, the most provocative looks were often the ones worn by male-presenting models, for whom the historically more rigid codes of dress have not left room for expressive gestures like hip panniers or waist-hugging corsetry.

Gurung’s gender play belongs to a tradition that goes back through the work of Alessandro Michele, John Galliano, and Jean Paul Gaultier, on further to Louis XIV’s Versailles, as another Met exhibition, “Camp: Notes on Fashion,” elucidated. Through the centuries, it remains boundary-pushing stuff; that’s what makes it vital.