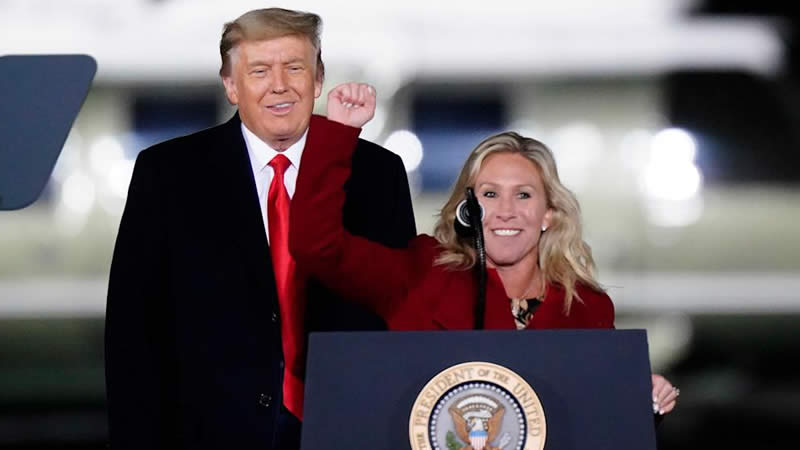 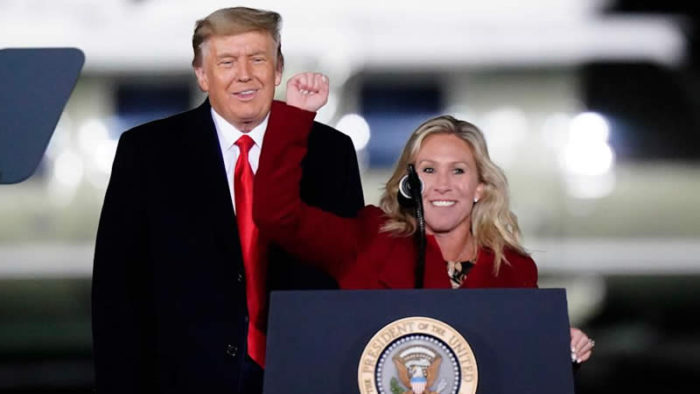 Say what you want about Rep. Marjorie Taylor Greene, but one thing about the first-term Republican Congresswoman from Georgia that no one can dispute is that she does not back down from a fight, especially when she’s attacked.

A number of House Democrats and media figures have learned that the hard way over the last few months, including Illinois Rep. Marie Newman and so-called “reporters” from CNN. Suffering fools gladly simply is not her style.

The latest Democrat to learn that Greene has not morphed into a meek and timid freshman lawmaker after the House voted in February to strip her of her committee assignments was Rep. Eric Swalwell (CA), who many readers of this website will instantly recognize as someone who frequently starts fights – especially with Republican women, for some strange reason – that he either can’t (or is unable to) finish.

It all started on Wednesday after Greene challenged Rep. Alexandria Ocasio-Cortez (D-NY) to a debate about the Green New Deal. Greene declared that it would be in the best interests of the American people to hear both sides of the debate in order to make an informed decision on where to stand on it:

Since you sponsored the Green New Deal and have a degree in Economics, I’m sure you are more than qualified.

I just have a degree in Business Admin and have owned a construction company for 20 years.

A debate between AOC and I on the Green New Deal economic policy would be informative for the American People.

They deserve to hear the two sides with pro’s and cons.

To date, AOC has not replied. But late last night, apparently having nothing better to do, Swalwell took a cheap swipe at Greene because that’s just the kind of person he is:

When you aren’t on any committees you can propose stunts like this. https://t.co/0b9SNU0bLS

In Greene’s response, she showed no mercy whatsoever – and just leveled him:

Well we all know how you serve on Intel, Judiciary, and Homeland Security Committees.

With your pants around your ankles, giving it to China.

I serve on the Committee of the Whole, and hold all of Congress accountable by demanding recorded votes, so the People know our record. https://t.co/embVNjxhkr

Swalwell ran away like the coward that he is, because what could he say in response outside of “I’m currently sitting on the House committees I am only through the grace of Speaker Pelosi, who chose to overlook the fact that I (reportedly) got caught having sexual relations with a Chinese spy”?

Rumor >has it that, much like his failed efforts to have Trump barred from ever being able to run for president again, Swalwell couldn’t quite, um … finish that relationship, either.

But in the interests of keeping it clean (and because no one wants to hear the sordid details of what Swalwell may like to do in his spare time), we won’t speculate any further into that particular matter.