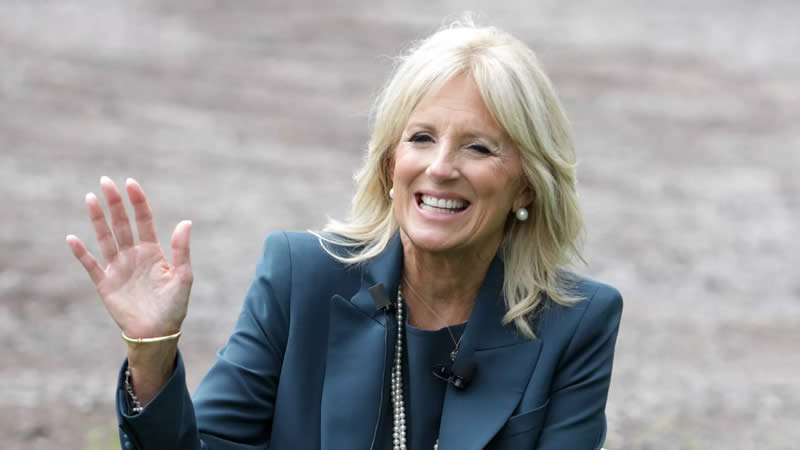 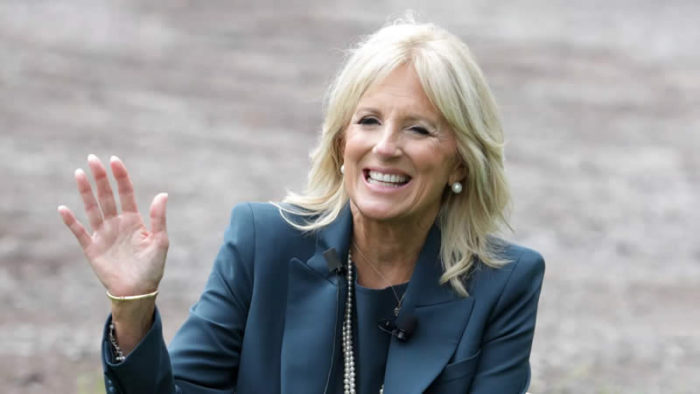 Jill Biden has been urged to restore the White House’s rose garden to its original design, following public outrage over its alterations last August.

An online petition has been launched to ask the First Lady to undo the changes Melania Trump made to the garden while her husband was in office.

The iconic space underwent a drastic makeover in 2020 when she spearheaded a project to upgrade its image, producing results that continue to divide the public to this day.

Liz Tapanes, the woman behind the petition, alleges that the renovations deprived the American people of the ‘legacy of Jackie Kennedy’. The East Garden was renamed the ‘Jackie Kennedy garden’ in 1965, as a tribute to the former first lady’s contributions to the White House grounds.

“Melania Trump had the cherry trees, a gift from Japan, removed as well as the rest of the foliage and replaced with a boring tribute to herself,” she writes.

Excited to honor history & celebrate the future in our beautiful @WhiteHouse Rose Garden this evening. Thank you to all who helped renew this iconic & truly gorgeous space. pic.twitter.com/ggiqLkdGbw

While the claim that the former FLOTUS removed the garden’s cherry trees has been disputed, it is true that she erased much of its leafy charm.

Melania uprooted ten crab apple trees and replaced boldly colored roses with paler flowers as part of a tree-week-long process to modernize the century-old space. She also got rid of a seating area, which was sometimes used by politicians for lunch, filling the space with a bronze sculpture by Isamu Noguchi.

Melania Trump has 'renovated' the Rose Garden in the White House (photo on the left) that was originally designed by Jackie Kennedy as a tribute to her husband John (photo on the right). Melania killed it- literally. Stone cold heart. #MelaniaRuinsEverything @FLOTUS pic.twitter.com/tYYj1xjSUn

The final design was met with a backlash of criticism, with many people outraged at the removal of the garden’s vibrant flowers and shrubs. Almost a year on, Jill Biden has been asked by the public to undo the so-called damage.

“Jackie’s legacy was ripped away from Americans who remembered all that the Kennedy’s meant to us,” the petition reads. “We want Jill Biden and Doug Emhoff to take this on and restore the Rose Garden to Jackie’s original design.”

The First Lady has yet to respond to the petition, but we’re pretty sure she has the green fingers needed for this major challenge. She is already a big fan of the White House’s vegetable garden, where she digs up plenty of delicious produce for dinner. She even sent a care package of fresh crops to former first lady Michelle Obama, who was the original force behind the gorgeous plant farm during her time at the Washington DC residence.