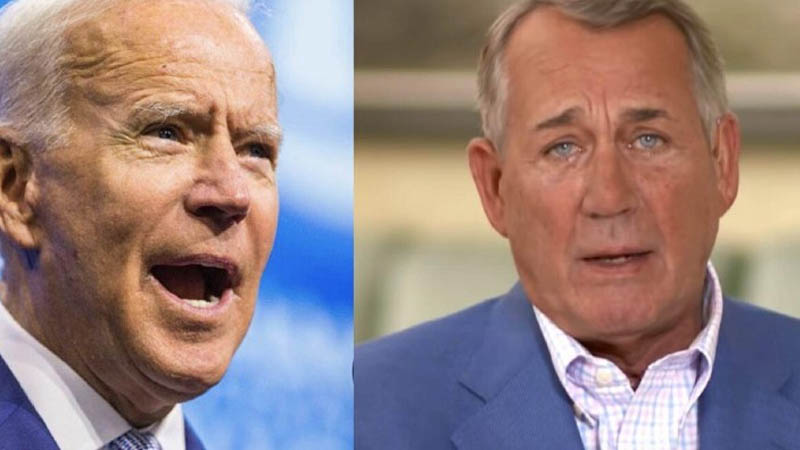 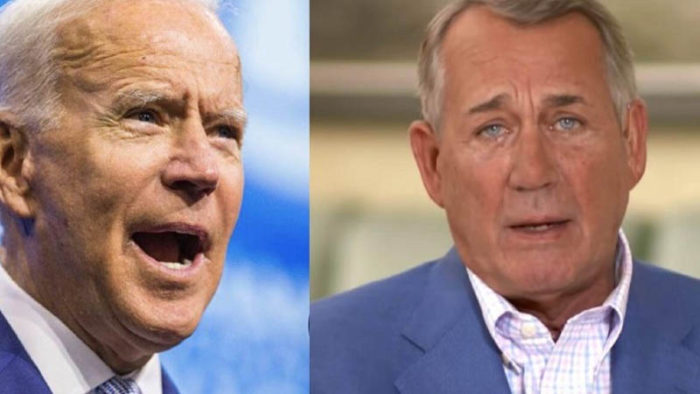 Well, you know you’re in trouble when your fellow swamp creatures think you’re too “radical”

Former House Speaker John Boehner went on Fox News on Fox News on Tuesday to rip into the “traditional Democrat” Joe Biden, saying that he “has caved to the left” and “sacrificed any chance of bipartisanship.”

While appearing on “America’s Newsroom,” Boehner warned that Biden “is being taken over by the left-wing progressives.”

“[I]’ve been a little bit surprised over the last few months because I listened to everything that Joe Biden said during the campaign about changing the tone in Washington, working in a bipartisan manner, but he’s stuck,” Boehner said.

“He is a traditional Democrat, and the party is being taken over by the left-wing progressives of the Democrat Party. And over those first few months of his administration, he has caved to the left … and as a result, he has sacrificed any chance of bipartisanship. And so this is going to play out in a bigger way in the coming months. I’m kind of anxious to see the break-out of the war going in the Democrat Party.”

This comes after Newt Gingrich, another former Republican Speaker of the House, blasted Biden for his “American job-killing tax plan,” describing it as “a tax increase bill masquerading as an infrastructure bill.”

“Only a true-believing leftwing Washington zealot could imagine a reality in which any of these measures will make America better or improve the lives of Americans,” Gingrich wrote on his website of what Biden is doing.

“Raising taxes doesn’t create jobs – and it never has. If you need evidence, look at the unemployment rate after passage of the 2017 Tax Cuts and Jobs Act (which enacted much of the job-creating tax cuts President Biden is clumsily trying to destroy).”

“Along with deep deregulation, the tax cuts led Americans to some of the lowest unemployment rates in modern US history (in fact, the lowest ever for Black and Latino Americans),” Gingrich concluded.