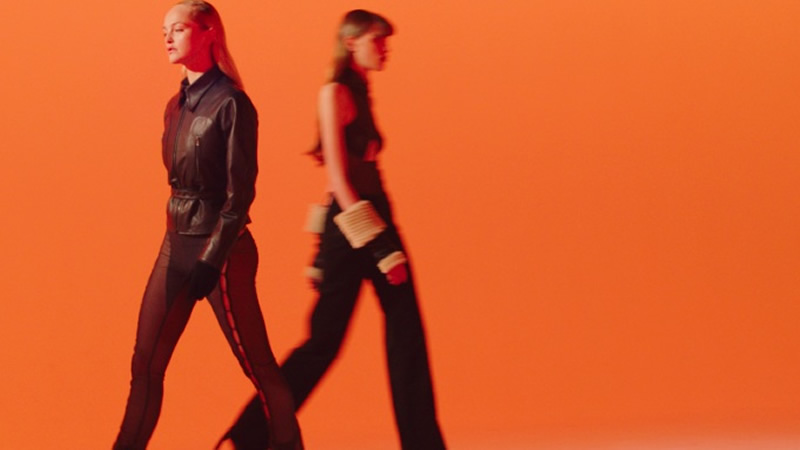 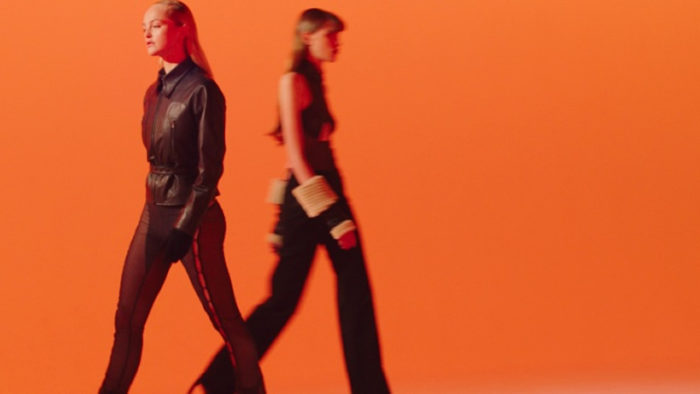 Despite the absence of household names like Burberry, young names like Nensi Dojaka, Knwls, and Harris Reed are helping keep the British capital on the map.

At the beginning of the year, many London brands found themselves on the brink of collapse due to prolonged winter lockdowns and post-Brexit trading complications.

It was a trying time for the country’s mostly independent labels, which didn’t have the resources to set up warehousing and services on the Continent.

On Friday, the first physical London Fashion Week since the outbreak of COVID-19 will begin with more than 80 in-person shows and events on the schedule, running from Friday to Monday.

Some of London’s biggest names aren’t on the calendar and won’t be staging live runway shows, including Burberry, JW Anderson, Victoria Beckham, Christopher Kane, and Mary Katrantzou — leading many to question whether the event can still generate buzz like its peers in Milan and Paris.

But there is hope in the form of the young designers, namely Nensi Dojaka, the Albanian-born, London-based talent who will be making her catwalk debut just weeks after being named winner of the LVMH Prize.

Other buzzy new names include Supriya Lele, Knwls, and Harris Reed (who attended the Met Gala with Iman) and who plans to host his first physical show, off-schedule, at the Serpentine Gallery on Sept. 21.

There are many familiar names, too, who’ve chosen to remain in London, including Simone Rocha, whose brand is turning 10 this season with a big Dover Street Market celebration, and David Koma, whose cocktail dress business has been going from strength to strength despite the pandemic hurdles.

Koma has also been testing new categories and dressing everyone from J.Lo to Zendaya, Dua Lipa, Beyoncé, Naomi Osaka, and Megan Fox.

These talents are putting London back on the map and luring international press and buyers, who plan to return to the U.K. for spring 2022 shows even without Burberry on the schedule.

Browns buying director Ida Petersson said London Fashion Week “is an integral part of our buying schedule and important to our business. Without British fashion, Browns would not be Browns. The energy, creativity, and thought-provoking conversations that take place through these designers — and this city — is unmatched.”

On Friday, all eyes will be on Dojaka, who is showing solo for the first time since graduating from the Fashion East showcase.

“I just think the adrenaline of the show and that sense of anticipation can’t be compared to anything else — we’re kind of chasing those emotions,” said Dojaka in an interview. “It’s also the right moment to show the brand to a bigger audience and the exposure you get from a show can’t be compared to doing a photoshoot in any way.”

There’s real momentum around the brand, which had been building long before Dojaka was named winner of the LVMH Prize — the first time the jury voted unanimously for the winner.

Dojaka’s lingerie-inspired, subtly sexy cutout dresses and separates are striking a chord with women around the world, so much so that Lyst identified them as one of the hottest, most searchable products on the internet in early 2021, alongside Prada headbands and Bottega Veneta Lug boots.

“After staying home for so long people want to dress up, they want to feel sexy, they want to show off. So in this moment [my aesthetic] became even more relevant.

But in general, women always like to show off their bodies in whatever shape or form and I do think that I know how to hide the right parts and also expose the right parts, like the collarbones or the back, which I think are some of the most beautiful parts of a woman’s body,” said the designer.

“The idea is to keep it very minimal and chic and avoid anything vulgar,” said Dojaka, who first studied lingerie before doing the MA fashion course at Central Saint Martins. “At Saint Martin’s, they did push that side of my work.

I’ve always worked on a lot of details, as you would do with lingerie, and was drawn to clean simple silhouettes. Now the way I design is still the same: I start small on the mannequin and always clean the lookup a lot.”

Dojaka’s sexy minimalism quickly caught the eye of Canadian retailer Ssense, which bought into the brand while the young designer was still finishing her studies. It was a vote of confidence that pushed her to keep going and to launch her label. When the pandemic hit she became even more determined to create a commercially viable collection and attract more stockists.

“I really wanted to sell because, of course, I had that scary moment where things paused. So I pushed myself a lot during those early months in lockdown to start thinking a bit more about the product and develop a slightly bigger range with more than just dresses,” said the designer.

It worked, and ever since the world started reopening last September, Dojaka was able to attract major wholesale partners including Mytheresa, Luisa Via Roma, H Lorenzo, Selfridges, Antonia, and, soon, Browns.

“The brand stood out for being different and having novel ideas at a time during which there was not much newness. The minimal, yet sexy, aesthetic resonates very well with our luxury clients and despite being such a young designer her pieces are of impeccable quality,” said Tiffany Hsu, fashion buying director at Mytheresa, adding that Dojaka is “well on her way” to becoming better set up commercially and facilitating increased demand.

That’s a top priority for Dojaka, who plans to use part of the 300,000 euro cash prize she just won as part of the LVMH Prize to hire a production manager and establish a smoother supply chain.

“People might not realize how small we are, but there’s just one more person working with me full-time, we graduated at the same time and have been learning together. It might not look like it from the outside, but it’s a real struggle to manage everything.

“It’s important to take the right next steps to keep up this momentum. We all want to grow and the cheapest way for me would be to keep repeating the same stuff and commercialize it. But I’d rather still keep things small, be very selective about who wears the clothes and push myself to do something special every season,” said Dojaka. “That can sustain you so much more than celebrity exposure.”

Part of her growth plans includes delving into Asia and experimenting with new categories, such as tailoring, outerwear and accessories. She will be teasing part of that vision with the spring 2022 collection she’s presenting today, which promises to be “bigger and better” with a broader range, more knitwear and splashes of color to break up her signature all-black palette.

And she won’t veer off the path of her signature slinky dress. Dojaka said she plans to take the advice many LVMH Prize judges gave her and make this space her own.

“Her little black dress can be a new classic,” said Virgil Abloh during the LVMH Prize awards ceremony.

Knwls is another buzzy name playing in this space and garnering big celebrity support, major stockists, and plenty of Instagram exposure for its signature corset tops and body-framing printed leggings and matching tops — which everyone from Kylie Jenner to musician Kehlani favored during the lockdown and shared with their millions of followers.

“With the rise of social media, confidence has shifted back into sexiness for a lot of women. Also, the idea of a strong, dangerous woman appeals to a lot of girls these days. As a Knwls wearer myself, I definitely feel more ‘in control and confident when I am wearing a full look,” said Charlotte Knowles, who runs the label with her partner Alexander Arsenault.

During the last year, the duo worked on a rebranding and renamed the label Knwls in order to highlight that this is the work of a full design collective rather than a single design talent. They’ve also been using U.K. government grants and training to adapt to new, post-Brexit trading protocols and have made plans to broaden their offer — starting with a jewelry collaboration with Marco Panconesi and sunglass collaboration with Andy Wolf, both of which are set to be unveiled during the brand’s return to the catwalk on Saturday.

What has stayed constant is a commitment to their signature aesthetic — a big plus as far as buyers are concerned.

“These London designers all have a very clear vision and unique aesthetic to their brands. They’re not afraid to push the boundaries and take those risks for the sake of their brand message, be this on body positivity, social injustices, mental health and so much more. This type of authenticity and transparency is more important than ever today and something we can get behind,” added Petersson.