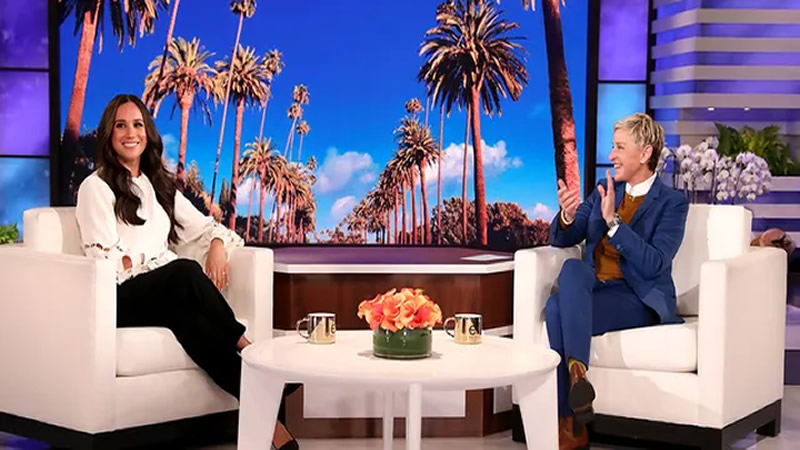 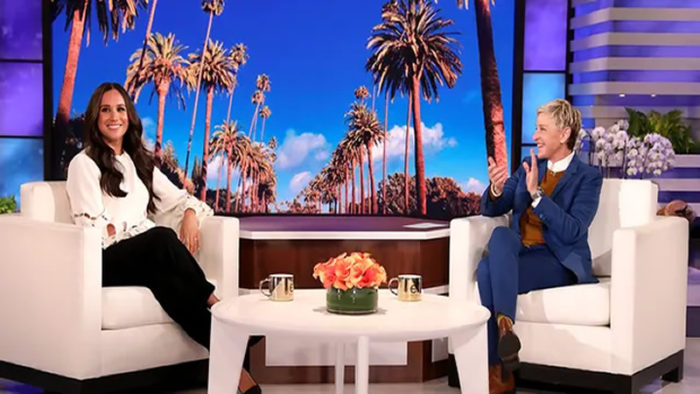 Meghan Markle recently made her first TV show appearance on The Ellen Show after getting married to Prince Harry in 2018 and since their move to the US last year.

The Duchess of Sussex showed off her funny side as she sportingly took part in one of Ellen’s most famous prank segments where the talk show host directs her celebrity guests with instructions via an earpiece and asks them to repeat the things she’s saying amid a public visit.

In the prank video that was shared on The Ellen’s show’s Instagram handle, Meghan can be seen not only participating in the prank but also committing to it in the most hilarious manner.

The Duchess of Sussex was asked to go around shopping at the local vendors sitting inside the Warner Bros lot alongside one of Ellen’s crew members acting as Markle’s assistant named “Pwamma.”

The video showcases a hilarious interaction between a hot sauce vendor and Markle where she repeats Ellen’s words and says, “My boo loves hot sauce” and later while eating like a chipmunk says, “Mommy wants some heat.” After trying one of the hottest sauce, Meghan then takes a swig from a milk bottle for babies that she pulls out of her bag.

At another encounter with a cookie stall owner, Meghan reveals what she does to cheer up her kids and puts on cat ears, and sings, “I’m a kitten. Meow, meow, meow.”

Fans seem to have been left mighty impressed by the Duchess of Sussex showing off her funny side with this Ellen prank and have been hailing her for being gracious to take on the prank.

Kirsten Dunst opens up on her wedding plans with Jesse Plemons