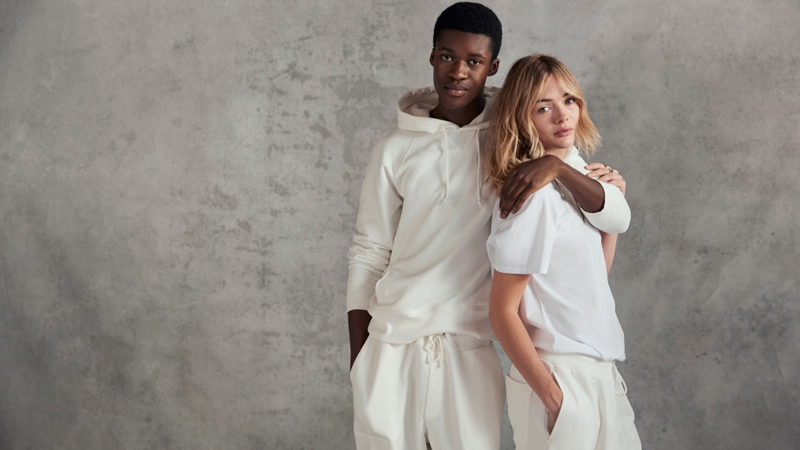 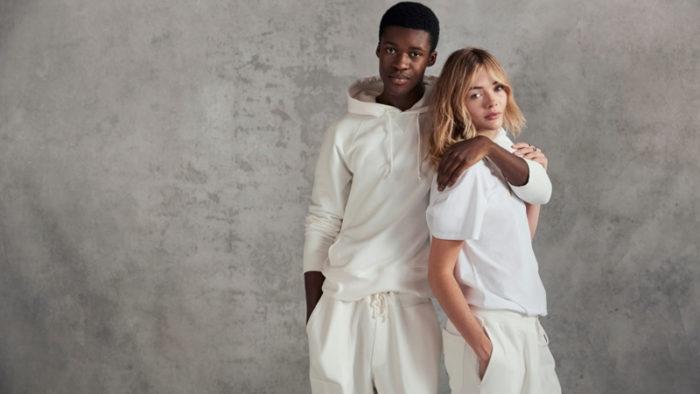 David Gandy has realized a long-held dream and is coming out with his first clothing line next month — but there’s not a notched lapel or tailor’s stitch, insight.

The model and entrepreneur who — in the days before the pandemic — was rarely seen in public without a double-breasted jacket or formal shirt, has taken a different direction — and pressed his modeling career and eight years of working with Marks & Spencer into action.

He’s embracing his softer side with Wellwear, a collection of hoodies, shorts, T-shirts, jogger bottoms, and other pieces that are meant to be comfortable, functional, and environmentally friendly.

The d2c brand will debut in October on davidgandywellwear.com with 20 pieces and the plan is to add more styles and colors as the month progresses. Prices are accessible, ranging from 28 pounds for a T-shirt to 80 pounds for pieces such as the Sweat Bomber.

The collection is manufactured in Portugal, and fabrics include Pima cotton, lyocell, and modal. Gandy said he wanted the clothing to be easy to wear and fuss-free.

The treated fabrics are moisture-wicking, help to regulate body temperature, and also have anti-odor and antibacterial properties. According to Gandy, they don’t have to be washed after every wear, which saves on soap, water, and electricity.

Some of the items are also infused with aloe vera extract, which has wound healing, anti-inflammatory, and moisturizing properties.

In an interview, Gandy said he wanted the collection to inspire a sense of well-being and confidence. While he may love a razor-sharp suit, he believes tailoring has its limitations.

“Most people probably associate me with tailoring but being a naturally shy person, I often wear it like a suit of armor when I know I’m going to be in the public eye or at high profile events,” said Gandy, who has spent the past 20 years modeling for brands including Dolce & Gabbana, Massimo Dutti, Marks & Spencer and a host of other labels.

For years Gandy was also a front-row fixture and ambassador for London Fashion Week Men’s, which has since been folded into London Fashion Week. Alongside modeling, he has been investing in various small companies including the London Sock Co. and the Larry King Hair Care brand, which was founded by his favorite stylist.

He said that people rarely see his private side and his off-duty dress. “I’m at my happiest and most comfortable in the every day; becoming a dad and raising my little girl, walking for miles with my dog, traveling for work” or spending time with friends and family.

Gandy drew on his many years of work with Marks & Spencer, modeling everything from tailored clothing to underwear, sweats, and pajamas. Gandy was more than a mannequin: He said he was involved in every step of the process — from design to manufacturing, image, and marketing — of the M&S Autograph collections in particular.

Having witnessed the rise of athleisure and leisurewear during the pandemic, Gandy knew it was his moment to strike.

“My ultimate dream, for years, was to create my own brand and I knew I wanted to build on what I had created at M&S. So I started asking myself ‘What makes great clothing?’ ‘What makes me keep certain clothes until they’re faded, ripped, or falling apart?’”

The result was Wellwear, which Gandy describes as a “joyous” collection of feel-good clothing.

“My other great love is tailoring and I do love the suit, but the uniform has completely changed. There is less to dress up for and people today have more choice about what to wear.”

As part of the brand’s mission to promote well-being, it has partnered with two charities, including Style for Soldiers, founded by the bespoke shirtmaker Emma Willis in response to injuries incurred by members of the armed forces in Iraq and Afghanistan.

The other charity is CALM, the Campaign Against Living Miserably. CALM runs a confidential and anonymous helpline and a web chat service, offering advice and information to people struggling or in crisis.