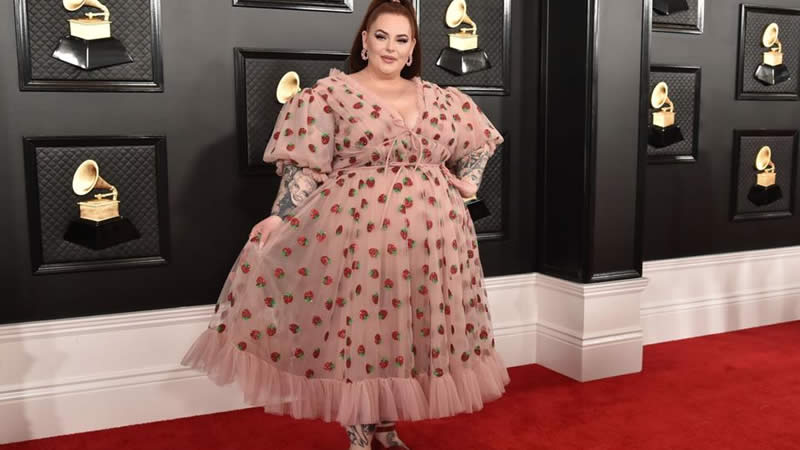 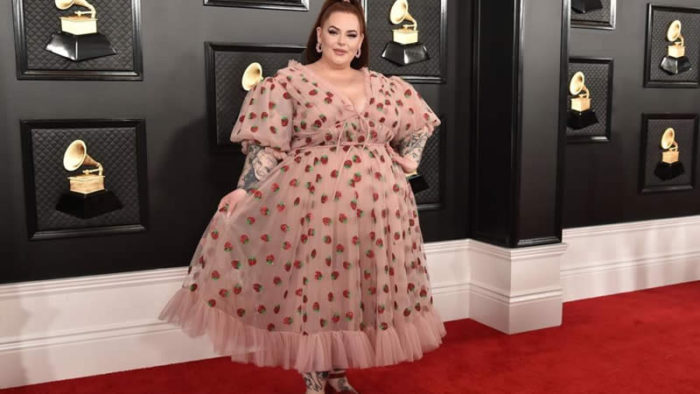 Tess Holliday revealed over the weekend that she’s currently in recovery for an eating disorder, blaming it on a “culture that celebrates thinness and equates that to worth” in a series of social media posts.

“I’m anorexic & in recovery. I’m not ashamed to say it out loud anymore,” the model tweeted on Sunday. “I’m the result of a culture that celebrates thinness & equates that to worth, but I get to write my own narrative now. I’m finally able to care for a body that I’ve punished my entire life & I am finally free.”

It appears her reveal was in response to some of her followers commenting on her posts with messages like “You’re looking healthy lately” and “You are losing weight, keeping it up!” To them, she wrote, “Stop.”

“Don’t. Comment. On. My. Weight. Or. Perceived. Health. Keep. It. To. Yourself. Thanks,” she wrote on Instagram.

“Yes, I’ve lost weight — I’m healing from an eating disorder & feeding my body regularly for the first time in my entire life. When you equate weight loss with ‘health’ & place value & worth on someone’s size, you are basically saying that we are more valuable now because we are smaller & perpetuating diet culture … & that’s corny as hell,” she continued.

“NOT here for it. For folks like me that are trying to reframe our relationships with our bodies & heal, hearing comments about weight is triggering as hell. It sets us back in our progress — and when people working on themselves see you commenting to me that way, it hurts THEM, not just me,” she concluded. “I can take it (I shouldn’t have to, but I can) but they didn’t ask for that trauma, ok? If you can’t tell someone they look nice without making it about their size, then baby, please don’t say nuthin at all.”

Though her posts were met with a sea of support, there were also quite a few trolls who dipped into her mentions on Twitter to still criticize her further.

“Not the ‘but [you’re] fat how are you anorexic’ comments. Y’all don’t know how science & body works huh,” she tweeted in response. “My technical diagnosis is anorexia nervosa & yes, I’m still not ashamed. I’m too damn happy for y’all to even come close to dimming my shine.”

“I’m literally talking about being in recovery for an eating disorder and you’re saying i need to save my own life,” she hit back. “I think the steroids have made your brain mush. get some medical help for that.. Be an example.”

When the same man responded saying he was only trying to “encourage” her, she added, “Where did I miss that you were encouraging me? When you were telling a stranger on the Internet what they should do with their body?”

As he continued to reply, she ended the back and forth by adding, “My entire post is literally about taking control of my life, but thank you so much for mansplaining it to me. I truly hope that you get the help you need, because you are clearly mentally unwell. Best!!”

She also responded to critics saying she signed up for scrutiny on her body when she became a public figure.

“No one said you can’t compliment my looks, I said you shouldn’t make it about someone’s weight or perceived health. Y’all are wild,” she wrote. “Classic delusional narcissistic republican behavior to try and flip it into something it wasn’t to fit your agenda!”

Trump claims ‘THE BIG LIE!’ is 2020 election — not his false claims it was stolen