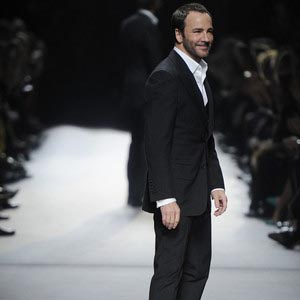 TOM FORD is a top luxury brand. Variety of Shop shoes, bags, cosmetics, fragrance, and jewelry for men and women.

Tom Ford, autumn collection, winter collection, Autumn/Winter Collection in LA. Tom Ford plans to debut his autumn/winter 2015 women’s wear collection in Los Angeles on Feb. 20. It is the first time the designer has staged a women’s ready to wear show in L.A. for his brand.

“I have loved L.A. since I first moved there from New York in the early 1980’s,” said Ford on Friday. “Richard (Buckley) and I have had a home there, and divided our time between L.A. and Europe for the past 20 years, and I have always felt a deep-rooted connection to the city." “So many visuals in our world are filtered through Los Angeles including music, television and film, and in this way it influences global fashion in a profound way. Like fashion, film is also a creative endeavor that is extremely important to me. I am excited to bring these two aspects of my life together by presenting the collection in Los Angeles.”

In September 2010, Ford launched his women’s wear collection at his Madison Avenue flagship store and has most recently been showing his rtw during London Fashion Week. The company said details regarding time and location would be provided at a later date.