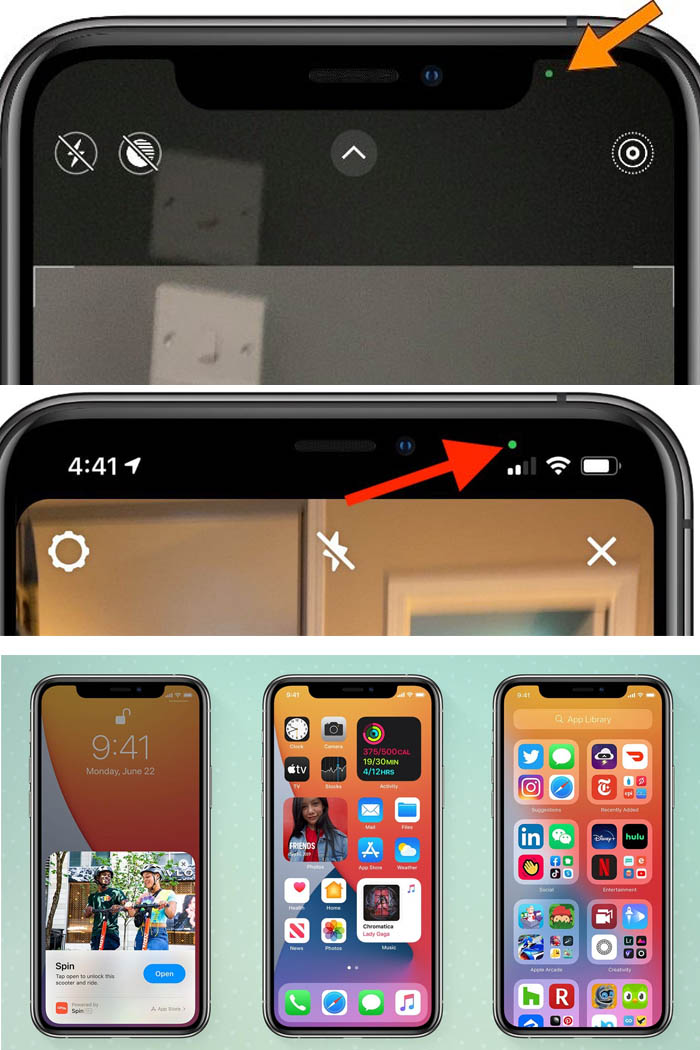 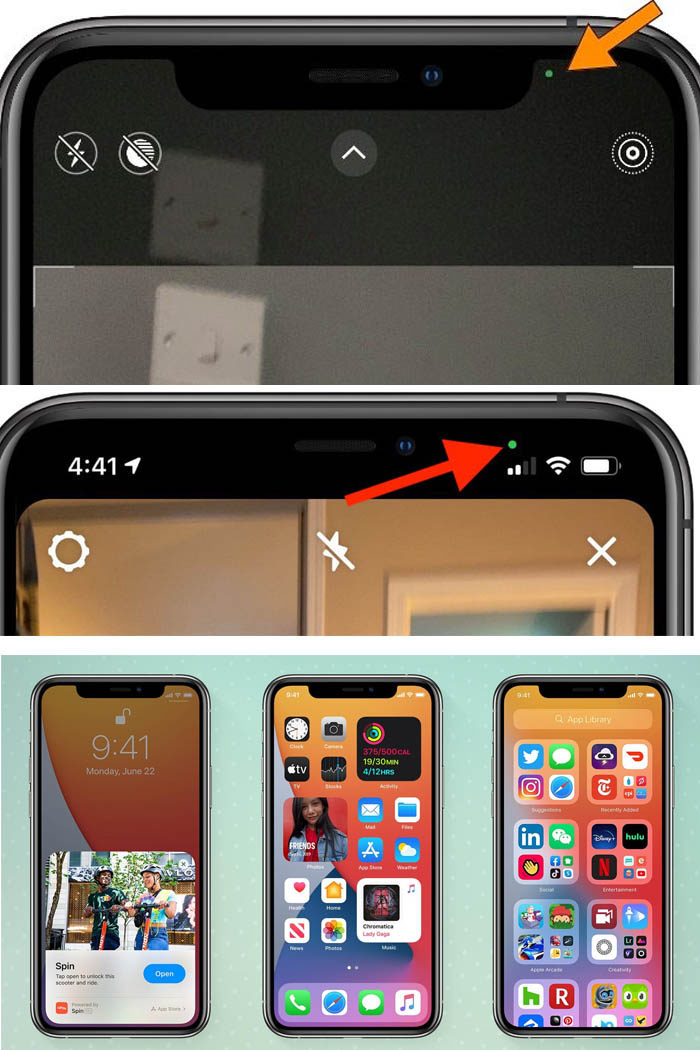 Have you been noticing orange and green dots pop up randomly on your iPhone? We all know that our phones are constantly tracking our every move.

Just look at Location Services under your phone’s settings and you will see just how much it monitors our location. But, do you ever feel like your phone is actually listening to you? Spoiler alert, it is!

Apple has unveiled a new feature that will show exactly when an application on your phone is listening in or watching you.

Perhaps you have noticed a green or orange dot at the top left corner of your phone randomly after you updated it to  iOS 14. They are there for a reason. Those dots are there to essentially give you more transparency as to when you are being listened to or watched on your phone.

These dots are called recording indicators. They automatically appear the top of your screen whenever an app is using your microphone or camera.

An orange indicator, like the one seen in the image above, means the microphone
is being used by an app on your iPhone. You might notice it whenever you are on a phone call.

A green indicator, as shown above, means either the camera or the camera and the microphone are being used by an app on your iPhone. You will commonly see this appear whenever you are on Snapchat or Facetime.

When the dots appear on your phone, you can swipe down from the corner to head to the control centre. The window that pops up will show you which app that you are currently using that is accessing your microphone or camera, according to News 7.

Nothing here has actually changed on your phone, they are just being more transparent with users. According to News 7, Apple says that they want to give you more control over the data you share and more transparency into how it’s used with iOS 14.

So in case you were curious as to what those dots meant, now you know. Again, nothing has changed in terms of how your phone works or when it’s actually listening or watching you. Apple is now just formally letting you know that it is with these indicators.

If Your Face Mask Has One of These, Stop Using It Immediately