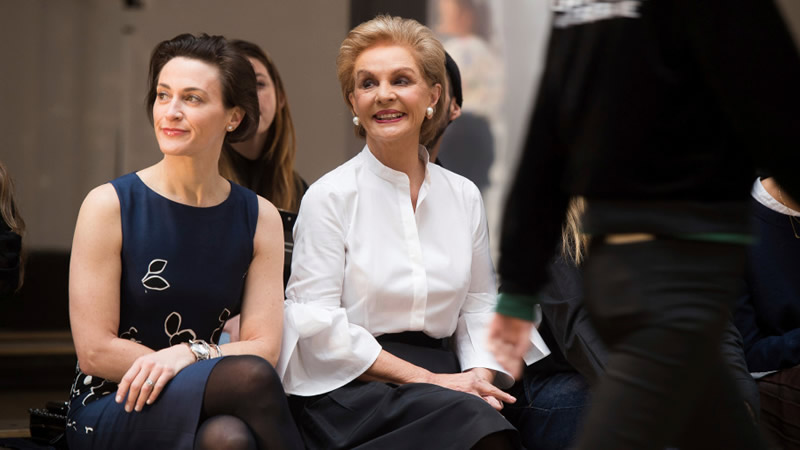 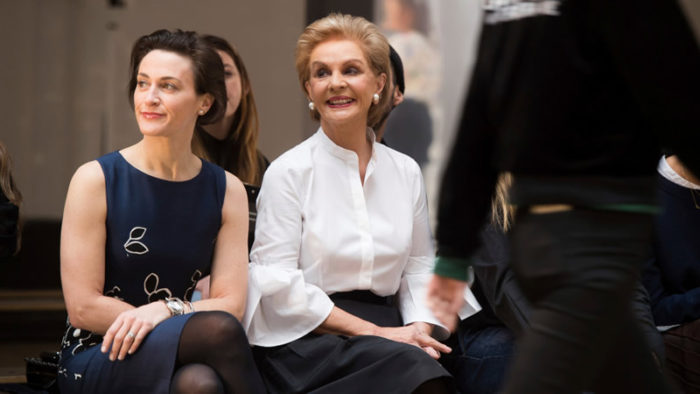 “We’re stronger than ever, not just Herrera fashion but our whole Carolina Herrera ecosystem,” she said.

“The two of them share a lot of qualities. They see things in the same way when it comes to how they approach work — that made it a smooth transition,” said Emilie Rubinfeld.

As president of Carolina Herrera since 2012, she’s worked shoulder-to-shoulder with both the house founder and her successor, creative director Wes Gordon.

“It’s unique,” she said, reflecting on the 40th anniversary of the brand, and how she worked with “Mrs. Herrera” and stakeholders at parent company Puig to zero in on Gordon.

“It wasn’t a formal job interview, but when we were looking at talent in New York and Carolina met Wes and sat down, there was immediate chemistry, and with that chemistry a sense that this was going to work.”

But in 2017, a happier chapter began when Gordon was hired as a creative consultant, working together with Herrera for a year, during which time the chemistry and respect were reinforced.

In February 2018, Herrera took the last runway bow at the Museum of Modern Art. It was a farewell to one of fashion’s grand dames, who remains a global ambassador of the brand and has attended every one of Gordon’s runway shows since.

The unknown was how clients would perceive the shift. “We conveyed that this was a very amicable transition rooted in a partnership versus something that had a subtext, so the fact there was that respect and shared vision for what Carolina built made it appreciated in the eyes of the consumer and the industry,” said Rubinfeld of the strategy.

“And Carolina working with Wes was a joy. You see it in the early collections when he was partnered with Carolina and now that he’s the creative director. There is continuity.”

What are Gordon’s best assets now?

“There’s a lot of standout qualities that make him a strong creative director but what’s most pronounced is his unwavering sense of optimism,” she said. “To always come into every situation with energy and a smile.

Even in the darkest days of the pandemic, Wes was seeing light, color, good and positive things. It was great for the team, his colleagues, and the collection. He was focused on communicating joy and fun and conveying that in the clothes.”

That personality makes him well suited to a dinner party, a personal appearance, and a press interview.

“If I could have him working out of our Madison Avenue boutique every single day I would. Aside from Mrs. Herrera, he’s our best ambassador. He has an enthusiasm for what he does, and he’s so excited someone would be interested in the collection and wearing the clothes.”

After nearly two dozen fragrances, which account for the bulk of the brand’s sales, Herrera launched beauty in 2020. First debuting in Europe, the collection will finally arrive in the New York flagship in September.

“This is a moment to create this first world of physical experience,” said Rubinfeld of the launch of the products with customizable cases and accessories.

“We believe in omnichannel, in physical stores, and our Madison boutique is a testament to that commitment. When you walk in, you feel the energy of the brand, Wes’ spirit, and get a sense it’s Carolina’s home, too. You never know if she will be there because she’s checking in quite often.”